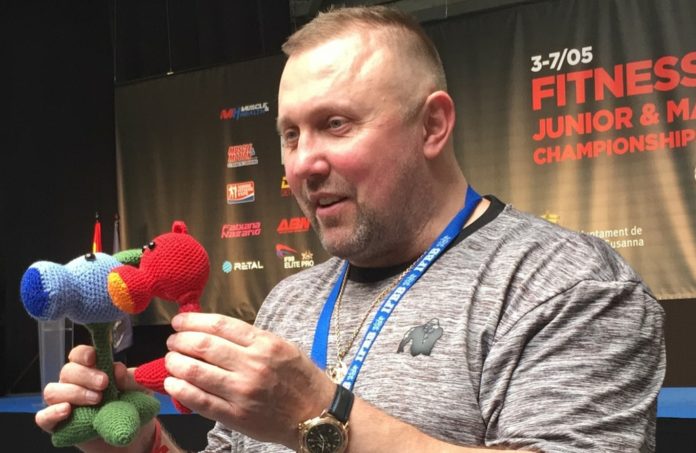 The bodybuilding and fitness world are in total shock after hearing the news about the death of Alexander Timoshenko.

Alexander was always supportive of this website and its owner Kevin Grech, even in its early beginnings.

Alexander was always full of energy and worked very hard to make sure the bodybuilding and fitness world received all the latest news during competitions.

Behind the scenes at weigh-ins and registrations, you would always find Alexander interviewing athletes.

There was no expensive equipment, all Alexander would need is his trustworthy mobile phone.

Alexander would just walk up next to the athlete or delegate and start asking questions.

Don’t be mistaken, Alexander used to bring a team of professional photographers to every show. He would have many sleepless nights uploading photos for the fans and athletes to see immediately.

Another interesting fact about Alexander was his commentary during competitions.

It can be said, he was the only one that would commentate continuously during a competition in his native language.

Followers of his popular website Hardmuscles.ru know the dedication that Alexander put into his work.

A note from the Editor:

Evolutionofbodybuilding.net is a very young website, compared to others all over the world.

As a new face in the business, Alexander along with the other photographers and journalists took me in immediately.

Alexander was always friendly and even though we spoke different languages, we still managed to communicate. He had to speak English as obviously I don’t speak Russian.

I am not a photographer, but when I do take some photos, you would hear Alexander calling me to give instructions to make sure I get a good photo.

Regarding the history of the sport of bodybuilding, Alexander was very knowledgeable. He was always present for all the major competitions all over the world.

Me and Alexander used to have deep conversations about what challenges lay ahead for the sport of bodybuilding.

I am lucky to have a small gift that he gave me. Alexander had made necklaces resembling the Olympia medal presented to the top three athletes. The one he gave me is hanging in my office along with my other memorabilia.  I will surely not forget his friendship. – Kevin Grech

Alexander will missed by his family, friends, colleagues, athletes and fans.

Our deepest condolences to Alexander’s family and friends.