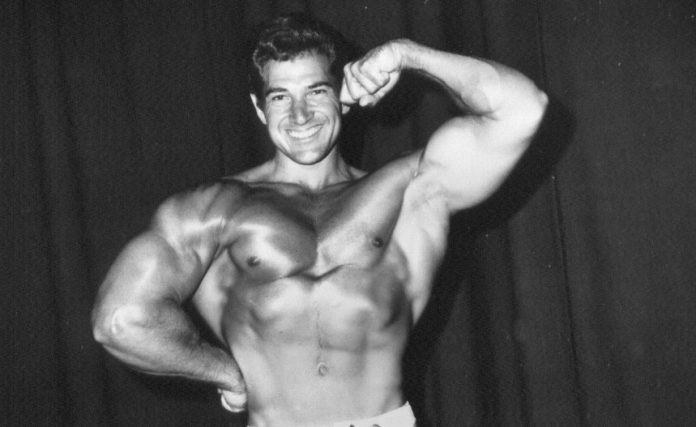 Lewis died on February 11, 2021 at the age of 85 in Los Angeles. His death was confirmed by his sister Jeannine Abbott. No cause of death was immediately available.

Born in Niles, California in 1936, Lewis was well known for his incredible physique that propelled him to win various prestigious titles and even an acting career.

Reg competed with a number of bodybuilding federations throughout his life, such as the AAU, NABBA, IFBB, WBBG and NBA.

Throughout his competitive career, Reg will always be remembered for winning the 1965 NABBA Mr. Universe Tall Class, 1963 IFBB Mr. America overall title and finally placing third at the 1970 Mr. Olympia.

At the 1970 Mr. Olympia, Reg had his hands full competing against Arnold Schwarzenegger and Sergio Oliva.

In 1954, Lewis joined West’s revue as the youngest in her crew when he was 18. Four years later, he was the reigning Mr. Universe (professional class) when the actress selected him as “Mr. Hercules” in a contest held at the Bert Goodrich Gym in Hollywood. Among his rewards were interviews with studio casting heads, and that sent him on a path to the movies.

Lewis made his big-screen debut when he battled fire-breathing creatures as the star of the Italian film Colossus of the Stone Age (1962), then appeared as a slave working for a genie (Burl Ives) in The Brass Bottle (1964) and as a chiropractor in Don’t Make Waves (1967), starring Tony Curtis and Sharon Tate.

Lewis joined West (and Don Knotts, the physical opposite of Lewis) for a 1960 episode of CBS’ The Red Skelton Hour, and he was one of the swimsuit-clad musclemen surrounding her in her notorious final film, Sextette (1977).

Offscreen, he would accompany West to events like film premieres and nightclub openings.

“Mae was my lifetime friend, a beautiful lady and top-notch performer. She was all about glamour and glitz,” he said in a 2002 interview with Iron Man magazine. “I appreciated and enjoyed Mae’s love of life. When she passed [in 1980], we lost someone very, very important to the world of entertainment.”

On a 1959 episode of the NBC game show You Bet Your Life, Lewis appeared as a contestant with his then-wife, June, and took off his jacket and shirt when host Groucho Marx asked to see his physique.

“Wow, do you like it, you frustrated wives out there?” Marx asked the studio and television audience. Lewis then reeled off his measurements, which included a 50-inch chest and 30-inch waist.

He entered his first bodybuilding contest, a Teenage Mr. Oakland event, and won, then prevailed in a Junior Mr. Olympics event in 1953 and was crowned Mr. Pacific Coast in 1956.

“Competition had always been my goal,” he said. “Right from the beginning, I was fascinated by Steve Reeves and [Jack] Delinger and [Clancy] Ross. Their physiques were ideal, the ultimate in masculinity. That’s what I wanted.”

Lewis said he got $250 a week to work for West at the Sahara hotel in Las Vegas, and their revue would play at Ciro’s in Hollywood and in cities from Miami to San Francisco over the next year or so.

In 1978, he appeared in another Vegas act, this one fronted by Debbie Reynolds. She “would imitate Mae West and pull me onstage via a chain, which I’d then proceed to break,” he recalled. “‘Mmm,’ she’d say, ‘Let’s see what other talents you have.’ She threw a lot of Mae West lines at me, and it was fun.”

Lewis, who appeared on covers on many bodybuilding magazines over the years and competed into the 1980s, said he never took drugs to bulk up.

“My time was an era of good health, long life and great attitudes and outlooks,” he said. “Nothing will ever replace the perfection of a true natural physique. Defined glutes, gorged vascularity, massive bulk, they’re all part of chemical bodybuilding, appealing to the ignoramus fringe. Grace and balance were ideals we all took for granted way back when. They’re in the dustbin of history now.”

We at Evolutionofbodybuilding.net send our deepest condolences to the family and friends of Reg Lewis. 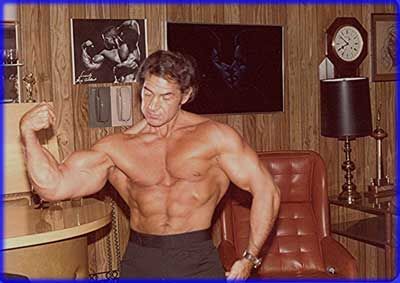 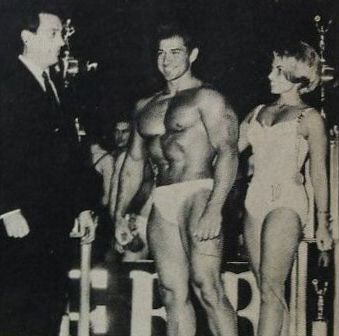 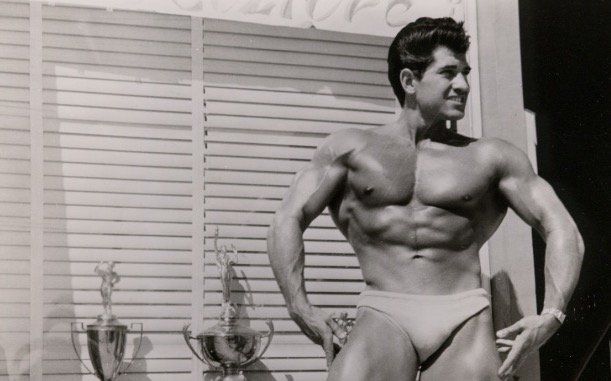