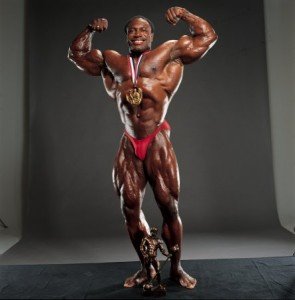 Lee Haney (born November 11, 1959 in Spartanburg, South Carolina) is a former American IFBB professional bodybuilder. Haney is the joint record holder, along with Ronnie Coleman, for winning the most Mr. Olympia titles, with eight. 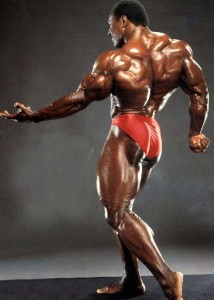 Besides mass, Haney possessed flowing lines and an onstage presence that defied anyone to beat him. After winning the 1979 Teenage Mr. America, Haney became the National Physique Committee’s first Nationals Overall Champion in 1982, then went on to win the IFBB World Amateur Championships heavyweight title that same year.

Lee Haney has one older brother, and two younger sisters. Father was a truck driver, mother was a housewife. Religion is Southern Baptist. Excelled in football when he was a teenager. Went to Broom High School; then to Livingstone College in Salisbury, North Carolina where he accepted a scholarship to play football. Received a degree in Juvenile Corrections.

Haney opened and owned two fitness centers by the time he was 21 years old. His gyms used to be called ‘The Animal Kingdom’, but now they are called Lee’s World Class Fitness Centers. Met his wife Shirley at the age of six in second grade; and started his romantic relationship during the 9th grade. Has two children, Joshua and Olympia.

Mr. Haney is an educator and trainer and works with many world-class athletes. He has served as a member of the President’s Council on Physical Fitness and Sports since December 1998.

Mr. Haney owns two fitness centers in Atlanta and has been recognized by the President’s Council on Physical Fitness, the United States Sports Academy and the International Federation of Bodybuilding. 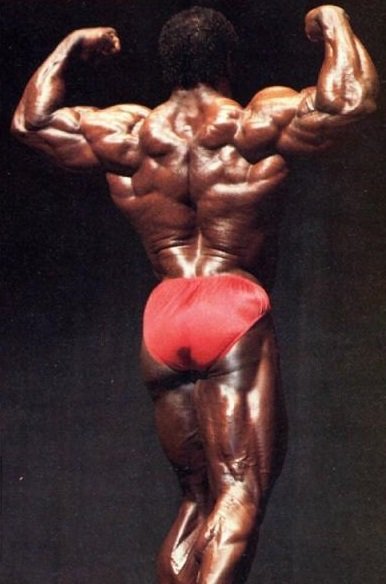