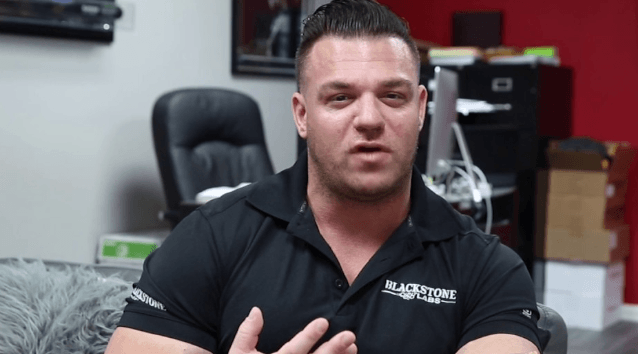 Blackstone Labs responds to government charges and vows to fight back.

Blackstone Labs owner, PJ Braun has responded to the charges against his company that shocked the industry in a length press release.

PJ Braun has vowed to fight this battle, insisting that all their products are safe to use and this will not stop them from continuing to work.

What is interesting is that, PJ Braun’s former partner Aaron Singerman has not mentioned anything related to these charges on his social media.

As it looks, it is going to be a long battle between the government and the other parties involved.

BOCA RATON, FL., March 14, 2019 — Blackstone Labs responds to the Government’s false and inaccurate charges against it and several Team Blackstone members by assuring all its worldwide customers it intends to vigorously defend the right of health conscious strength athletes, bodybuilders, and wellness professionals to access and use nutritional supplements that assist in muscle development and body tone. The indictment does not challenge any of Blackstone Labs’ current product formulations. At all times, Blackstone has worked diligently to identify nutritional supplements that are wholesome, beneficial, and safe for the body, and it has promoted only products that fully comply with the law and prevailing practices. Blackstone Labs remains open for business.

It is Blackstone’s belief that the government is overreaching in this case because of its ongoing, wrong-headed attack on strength and bodybuilding athletes and the nutritional supplement industry. These false charges are no different from the allegations brought against the dietary ingredient Picamilon, a compound madefrom the naturally occurring dietary ingredients niacin and gamma-aminobutyric acid. Totally ignored by the Government in its assault on the supplement industry is the clear directive of the Food & Drug Act definition of a “dietary supplement” as a product (besides tobacco) that is “intended to supplement the diet” and that contains one or more of the following “dietary ingredients”: (A) a vitamin; (B) a mineral; (C) an herb or other botanical; (D) an amino acid; (E) a dietary substance for use by man to supplement the diet by increasing the total dietary intake; or (F) a concentrate, metabolite, constituent, extract, or combination of any ingredient described in clause (A), (B), (C), (D), or (E). Picamilon is clearly a dietary supplement and not illegal as it is a product combining a vitamin (niacin) and an amino acid (gamma-aminobutyric acid). Prominent health scientists have confirmed this fact.

Blackstone is fighting back for itself and all its loyal customers and all consumers. This is not our first battle against Government overreach. In October 2018, Blackstone’s lawyers sued the federal government for the return of the seizure of lawful dietary supplements from Blackstone’s warehouse, charging that prosecutors were abusing their power by attempting to force Blackstone to surrender its First Amendment right to distribute lawful dietary supplements.

Blackstone Labs, several of its key executives, including CEO PJ Braun, and former employees declared this week that they are prepared to battle the federal government over the sale and distribution of its dietary supplements. “The government intends to destroy the weight lifting industry by making it hard for lifters to use legal nutritional supplements,” said Blackstone. “That will not happen,” proclaimed Blackstone CEO PJ Braun. “We intend to prevail” against the federal government in our righteous defense of the industry,” according to Mr. Braun.