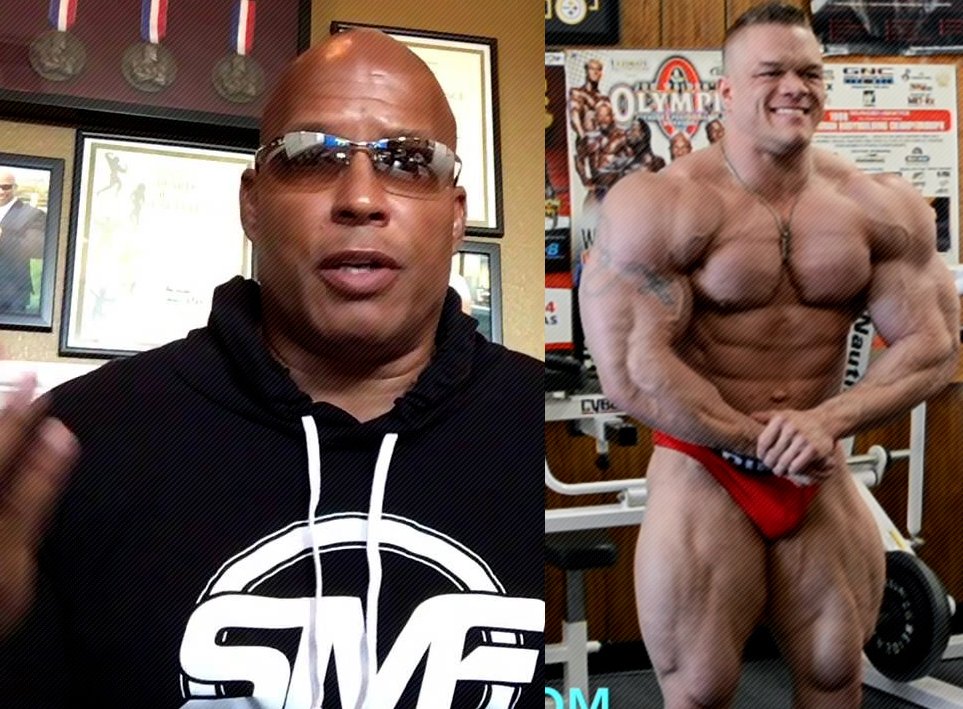 Shawn Ray revealed what was said between each other on Muscular Development’s forum after Dallas withdrew from the contest due to illness.

Dallas McCarver seemed to be still upset with the comments Shawn Ray made about him when he posed for Jim Manion.

According to Shawn Ray, Dallas  McCarver was not in any shape to pose in front on Manion. (WATCH VIDEO)

As well, Shawn mentioned some of the past bodybuilders that Chad Nicholls had worked with. This is something Chad will surely not be pleased with.

The bad blood between Dallas and Shawn Ray is surely not going to end here.

This is what was said between the two backstage at the Arnold Classic Australia according to Shawn Ray.

I spoke to Dallas before the prejudging:

SR: What did I say that you have an issue with?
Dallas: You should have called me for the Back Story.

SR: What back story? I was making an observation of what was put out there on video.
Dallas: Then you should have called me.

SR: Why?
Dallas: Cause you were talking shit.

SR: So my critique of you posing in front of Jim Manion was shit talking? So we aren’t cool?
Dallas: No.

SR: I’ve been doing this business for 30years and I don’t know what I’m talking about?
Dallas: No, because if you knew what you were talking about you would have known I was throwing up for 3 days straight before that video.

SR: Well, you shouldn’t have been in front of the camera or YOU could have said something not me.
Good luck.

Begs the question….
Where’s The Chad & Singerman on all this?
Neither mentioned Dallas posing after puking for 3 days?
Now he’s here in Australia was in 3rd place at the time he was about to Pass out and get carried off the stage????

What will we hear now? The lights were too bright?
I distracted his focus?

My advice: Drop your guru.
Go back to the gym and train, slow the fuck down and stop listening to everybody who tells you how great you will be one day. That day may never come if you keep letting these Gurus feed you full of shit!!!!
Shut it down and go home.
Pop up in 2 years or your gonna be the Next Trey Brewer!
Google him if you don’t know who I’m talking about.

And then in a second post, Shawn Ray had this to say about former bodybuilders that worked with Chad Nicholls:

These are the ones we know about.

Pray he sees the light before Darkness sets in.

Things that make you go, Hmmmmm? 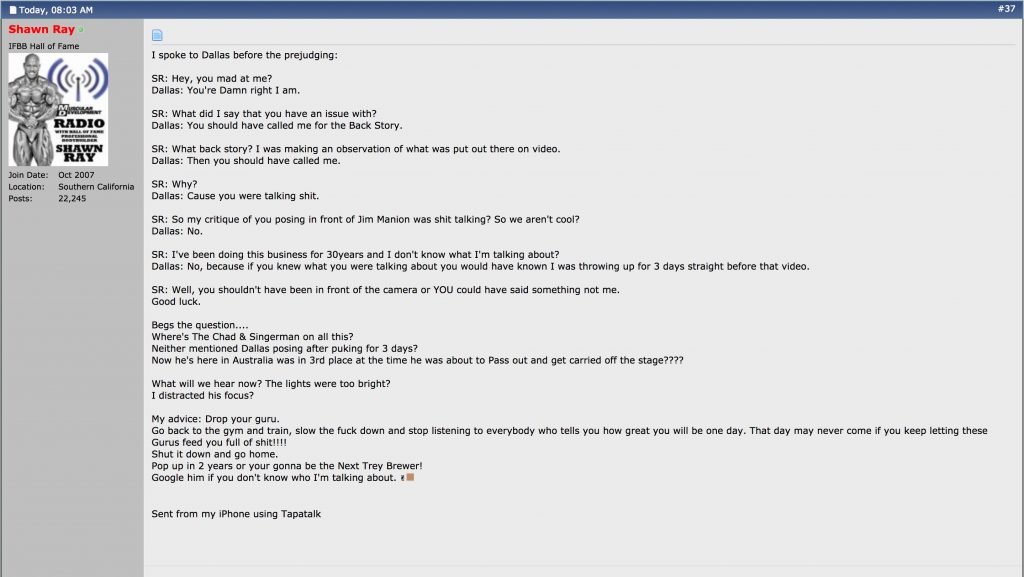