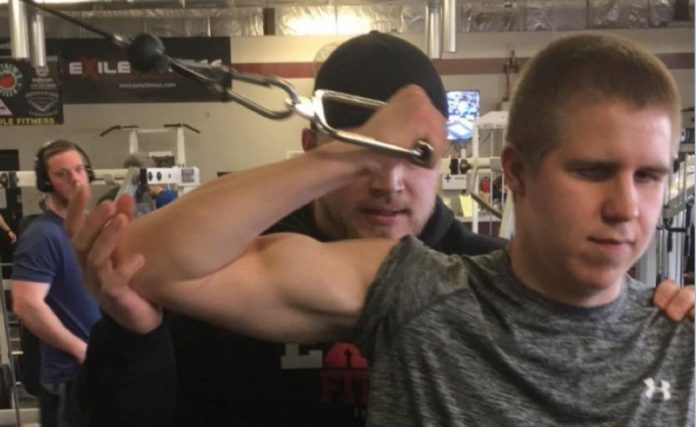 The family and friends of Cody Mulligan are in mourning after Cody Mulligan passed away on Thursday, 7 December, 2021 after suffering multiple stab wounds.

Cody unfortunately died from his injuries nearly a week after he was stabbed outside his Rosedale home in an unprovoked attack, the Baltimore County Police Department said Friday.

According to sources very close to Evolutionofbodybuilding.net, Cody was walking to his cousins car, getting ready to go to Exile Fitness. Their neighbor, James John Marchsteiner ran out of his house and stabbed Cody.

This all happened in front of his mother and cousin.

Cody Mulligan was only 21 years old.

Cody Mulligan died Thursday afternoon at an area hospital. Police said he walked out of his home in the 1000 block of Sumter Avenue around 4:30 p.m. at the same time that 47-year-old James John Marchsteiner, III, was walking by on the sidewalk.

Marchsteiner began yelling at Mulligan before running up to him and stabbing him multiple times, police said.

Police arrested Marchsteiner at the scene and charged him with attempted first-degree murder. He’s being held without bail.

Cody was a member of Exile Fitness, a hardcore gym in Baltimore.

He is an inspiration  to so many people. He has faced so many challenges since he was a toddler when he lost his sight to Batten disease.

He has never let this disease define who he is.  He has always faced his challenges head on and determined never to give up.  He just finished his degree to become a personal trainer at Exile Fitness.

Cody was an inspiration to all

Even one of the greatest bodybuilders to ever step on stage was inspired by Cody.

Bodybuilding legend Kevin Levrone was inspired by Cody from the first time they met at Exile Fitness.

Kevin Levrone contacted Evolutionofbodybuilding.net the moment he found out about his friend’s death.

Levrone said that the members of Exile Fitness, family and friends are truly in shock and extremely devastated with the events that occurred.

Levrone published a beautiful message on his official Instagram page:

“I want to thank everyone for all your love and support you’ve shown Cody and his family over this last week. God called Cody home to be with him last night. Cody Mulligan was our hero – at just 21 years old, Cody never allowed his blindness to stop him from seeing & being victorious in a number of his pursuits.

We trained at the same gym @exilefitness and I got the opportunity to know this awesome young man and the incredible impacted he had on everyone at the gym. Cody, he inspired me during my comeback just by his presence to give it everything we’ve got no matter what we’re going through. He always had a smile on his face.

When I heard about the senseless attack on Cody, I couldn’t believe it and the reason for the attack was incomprehensible. How can a young man who has such a honest loving spirit and sole receive such a tragic end!? Only God knows, and
all I know, is he was such a inspiration. I’m very sad that he’ll no longer be with us.

Lets pray for Cody’s family and hope to offer support that they so desperately need right now. In a time where everything seems so out of control, we ALL need to look at tragedies like this and come together in peace.

“Cody inspired me during my comeback just by his presence to give it everything we’ve got no matter what we’re going through. He always had a smile on his face” – Kevin Levrone

Brik Sublett also had a big part in Cody’s life. Brik was the first person to introduce Cody to Exile Fitness after his mother contacted him.

“A few years ago a woman messaged me about possibly training her son who was around my age and had been lifting weights previously at his high-school. He was looking to take it up a notch and put on some bulk—but there was one thing I was told before fully committing to the task.. he suffered from Batton’s Disease and was completely blind. Little did I know at this time, Cody Mulligan would end up being not only an All-Star Client… but one of my Training partners, the most motivational person in the gym, a great helping hand at the nutrition shop, and one of my best friends.

When we started in December of 2016, Cody was about 126 lbs and could only do a few pull-ups … and was not what us gym rats would consider “bulky” to say the least. 😂
Fast forward to the end of 2020 and Cody’s performance is nothing to sneeze at. He worked his way up to 196lbs in great shape, did multiple sets of 15reps on pull-ups EVERY DAY and could deadlift over 405 Lbs. Never once did I hear Cody complain about his disability—half of the time I would even forget! He has balls of steel in the gym and always gives every singe Rep, Set, and day, all that he had. If he was told to eat 4 meals a day…. he would eat 5 and add in a shake! Cody touched the lives of hundreds of people at Exile Gym.

We received horrible news yesterday that Cody was stabbed once in his back and multiple times in his chest, unprovoked in his front yard by a neighbor. He was rushed to the hospital, into emergency surgery and is still in very critical condition. He is now fighting for his life and not in a stable condition. He will have a very long road ahead of him following this fight for survival. His family could use all of our thoughts and prayers.” – Brik Sublett

* Cody passed away after this message was published

Evolutionofbodybuilding.net send our deepest condolences to the family and friends of Cody during this difficult time.

Editor’s Note: From what we learned, Cody Mulligan was a joy to be with, he inspired everybody he knew, regardless of his physical difficulties.

His murder was a horrible act that will never be forgiven. Cody had so much more to give to this world. 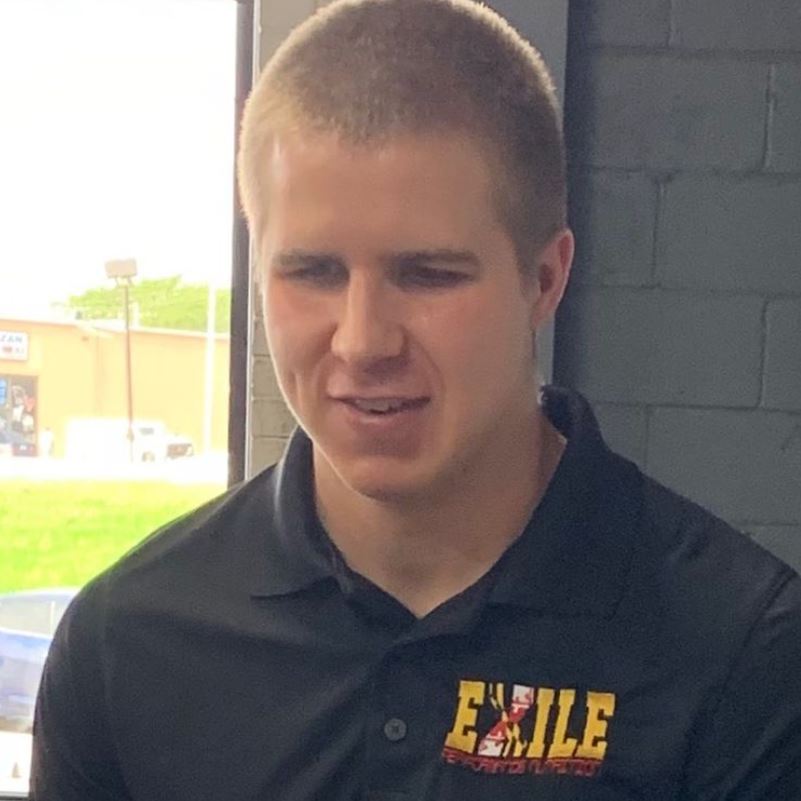