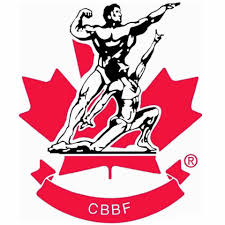 FEATURED ARTICLE: What A Difference a Year Makes

It’s cool to dump on the CBBF – I guess this is the new normal.

I have been with this organization for 30 years and up until 2017 the CBBF supported every amateur athlete in Canada.  We worked tirelessly without direct compensation, volunteering our time to support all athletes in the sport of Bodybuilding and Fitness to reach their competition goals. The CBBF supported and grew 90 percent of the Canadian Professional Athletes. We taught the judges, we allowed service providers to hone their craft as promoters, tanners, photographers, coaches and trainers by welcoming them into the Provincial and National level events.  We celebrated their successes by promoting them as being the best in their respective business.

Although Fitness and Bodybuilding is an individual sport, the CBBF created team environments across Canada. Each province supporting their athletes collectively, through sponsorship and camaraderie which made us as the support team proud to be a part of their journey.  One year ago, a separation occurred and since the inception it has been cool to crap on the CBBF.  Long standing friendships were destroyed when the promise of money rolling in was told to the promoters, trainers and service providers those very same people who were brought into this industry through the front door of the CBBF left through the back door saying it was just business, but it was cool to dump on the CBBF.

Those of us not driven by financial gains, who believe in the rules and morality of putting the athletes first stayed with the CBBF. For a year we watched as members of the industry attempted to shine a negative light on the CBBF and its team of provincial association’s forgetting that this is the organization that got them to where they are.  As bad as some of the bullying and attempts at sabotaging the CBBF was, a year later we are still here, we are still supporting our athletes by funding and covering expense costs to compete around the world representing the sport and Canada, creating camaraderie and team environments at every event and turning athletes professional. We are all proud to be a part of an organization that will take flack for protecting our athletes from social media bashing from those we make unhappy because we have rules, ethics and a code of acceptable conduct. We will continue to SUPPORT our athletes no matter which direction their journey takes them.  The CBBF believes in what we do and who we are, and we will always be here for the athletes first because they are the priority, it is their dream, their journey that we celebrate not our bank balances.

For those who have elevated through our ranks and continue to keep us in high regard and to those who supported the CBBF through this past year we thank you and for those who would like to try a CBBF sanctioned event for the first time we welcome you. We guarantee that you will find a new love and it won’t be your only show.

Don’t ever allow fear and intimidation govern your ability to make appropriate choices and consider all that you hope to achieve moving forward. 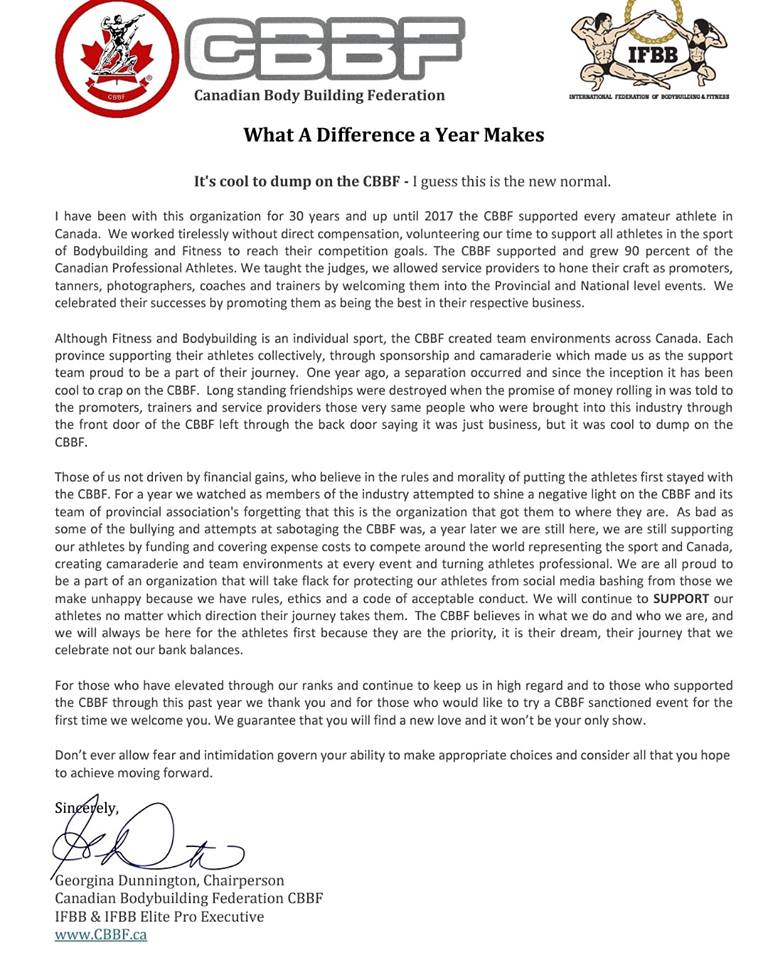 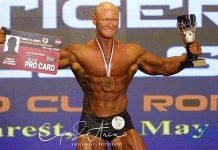