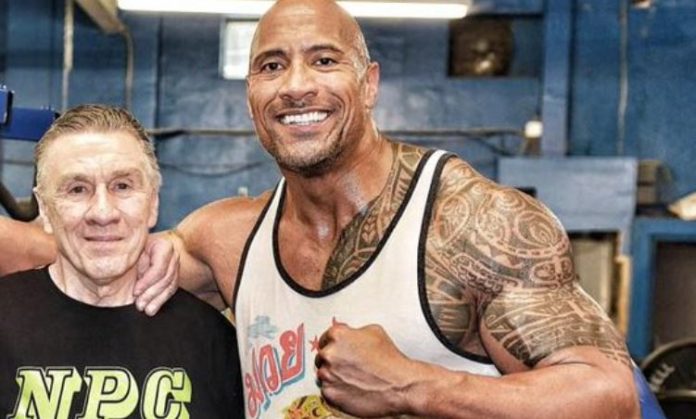 Jim Manion responds to rumors related to the Olympia.

IFBB Professional League President responded to the latest rumors related to the Olympia and other related fake news.

The rumor’s went into full swing after Dexter Jackson revealed in a recent interview that a show is going to take place in 2020 that is bigger than the Olympia with much more prize money.

While Dexter Jackson did not reveal any other information, a day after Nick Miller of Nick’s Strength and Power released a video that had a number of details labeled as fake news by a number of people high up the ladder within the the IFBB Professional League and the Olympia LLC.

Some statements made by Nick Miller:

Other sites followed the same path using these stories as click bait but now they reluctantly has to publish Manion’s response to earn back some credibility.

The story that The Rock is going to organize a show is the only news that is viable until now, even though nothing has been confirmed.

Jim Manion was interviewed by NPC News Online to put these rumors to rest:

The bodybuilding rumor mill is always a source of entertainment for the social media crowd. Stories surface everyday giving bloggers plenty to talk about as they attempt to gain clicks and views.  In the last few days rumors started to gain momentum about the IFBB Professional League and its long-standing relationship with Joe Weider’s Olympia Weekend.  NPCNEWSONLINE caught up with IFBB Professional League President Jim Manion to set the record straight on some of the stories.

NPCNEWS:   Jim, is there any truth to a recent rumor about the IFBB Professional League’s commitment to the Olympia?

MANION:  The Olympia will always be the most prestigious and most important event in our sport.  It’s the super bowl of bodybuilding and there are no plans to change that.  There is no title that means more than the Olympia and we are always working to expand the Olympia in every way possible.

NPCNEWS:  We’ve heard stories speculating about the IFBB Professional League’s relationship with AMI, the company that owns the Olympia.  Any truth to those rumors?

MANION:  Absolutely no truth whatsoever.  Our relationship with AMI is stronger than its ever been and I’ve been extremely impressed by the way this year’s Olympia plans are coming together.  The 2019 Olympia Weekend will be big.  New events, great sponsorships, big prize money, and plans are already in full force for the 2020 Olympia and beyond.

NPCNEWS:  But what about stories that another event is in the works that could challenge the Olympia’s status as the #1 event in the world.  Any truth to that?

MANION:  Let’s be clear about one thing.  The IFBB Professional League is growing fast and we never stop working to create opportunities for our athletes.  We are always working to bring new promoters and more fans into the sport in order to keep up with our growth.  The arrival of any new contest has no impact on the Olympia’s status as the world’s premier event.  The Olympia is and will continue to be our most prestigious event and most coveted title.  It’s been that way for 55 years and it will remain that way.

Jim Manion will surely not discourage a new show for the IFBB Professional League, especially when it is organized by The Rock, but as evolutionofbodybuilding.net reported in their latest article, no competition can replace the Olympia, not even The Rock’s.

A day after Nick Miller released his video, he published another indicating that he was spoken to regarding details he revealed.

It is obvious the Olympia LLC were not happy with what Nick Miller did as he had signed a contract with AMI and Olympia LLC to be a ‘Media Influencer’ for the 2019 Olympia Weekend.

As everybody loves a great story, even when it comes from rumors, there has to be some concrete proof backing it up. A blogger such as Nick, must be careful as he has a great following on Youtube and ‘fake news’ can easily damage the reputation of a company.