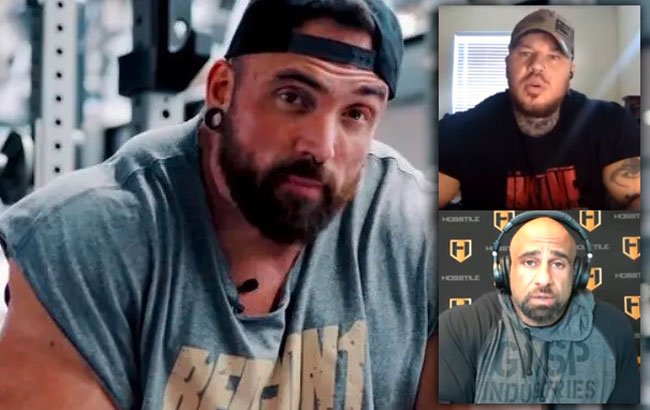 Luke Sandoe – Ben Chow and Fouad Abiad react to cause of death report.

Luke Sandoe’s closest friends give their opinion on the latest developments related to his death last May.

Luke Sandoe’s family revealed the cause of death on his official Instagram page by his family on his 32nd Birthday.

In a letter that explains what led to his death, his family also questioned the standards used in professional bodybuilding to make sure bodybuilder’s maintain exceptional health.

Many believed Luke committed suicide after battling depression for most of his life, but this is far from the truth according to his family.

The family of Luke Sandoe said the all the speculation after his death “Caused them additional and unnecessary suffering.”

Luke’s family have confirmed that Luke’s cause of death was heart failure and not suicide.

“I never have, nor ever will lie about Luke. I stand by everything I’ve ever said. Heart failure is what happened yes. By choice or not. His heart failed” Ben Chow

“The statement left on Luke’s IG page is misleading. Luke was not close with his family, we don’t know who posted it. Heart attacks can be an accident or they can be induced by a purposeful action.” – Fouad Abiad.

Ben and Fouad stand by their claims that Luke did take his own life. The cause of death was heart failure, but it was he who caused it intentionally.

Sources very close to Evolutionofbodybuilding.net have also confirmed that Luke’s death was by suicide.

Ben Chow, was Luke’s best friend, he was with him during all the highs and lows through his entire life.

Just going through Ben’s Instagram page, you can see all the photos and videos published that reveal how close they were throughout Luke’s entire life.

Immediately after his death back in May 2020, Ben revealed many sensitive details about Luke and what possibly led to his death.

“If you choose… to do something, you decide it’s the end, there are ways to do it. Whereby you create heart failure, I don’t need to say much more than that.” – Ben Chow – 3 August, 2020

Luke was also very popular on social media thanks to his weekly shows with Fouad Abiad.

Fouad and Luke discussed every topic possible related to bodybuilding and life in general.

As the majority of the subjects were entertaining and funny, occasionally some topics would reveal another side of Luke that nobody really knew about.

As Fouad said in his statement to Evolutionofbodybuilding.net, Luke was not close to his family. Today’s revelation left Fouad and Ben frustrated and they referred to the comments as misleading.

Both Ben and Fouad were most probably the last people in contact with Luke before his sudden death.

Immediately following the comments published by Luke’s family, Ben Chow published a video on his Instagram page to reveal more details about Luke and his death.

Moments later, Fouad and Ben published another video discussing the matter together.

The reaction of Ben Chow and Fouad Abiad (Published 3 August, 2020)