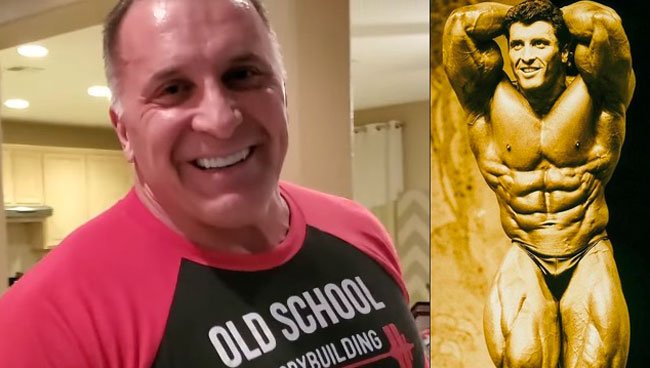 Milos Sarcev is one of the most loved athletes in the world of bodybuilding.

Milos Sarcev is one of the most consistent bodybuilders in the history of the sport during his competitive career that lasted for over 15 years.

He has competed in 72 Pro Shows with an impressive record of qualifying for the Mr. Olympia for 10 consecutive years. Milos was rarely out of the top five during his competitive years.

Milos Sarcev is known for his excellent muscular proportion, aesthetic shape, balance, symmetry and conditioning. His presence on stage was one of perfection and detail. His smooth and artistic posing routines made him stand out above the rest.

With all the experience gained during his competitive years, Milos is also one of the most educated bodybuilders and now coach/trainer in the industry.

Milos’ desire to keep on educating himself is evident when you listen to him talk about training, diet and everything else related to the sport.

Milos Sarcev’s road to success was not a easy one. Milos was part of the thousands of people that had to leave their families and life behind in Serbia during the war in the early 90’s.

After finally arriving in America, Milos’ dream to pursue his bodybuilding career was finally coming true.

Milos continued to endure battles on and off the stage during his time in America. He also had to return to Serbia for a number of years.

During all these difficult moments, Milos continued to stay active as a professional bodybuilders and exceptional trainer and coach.

Finally, after living in California for over 20 years, Milos has finally settled down in his new home in Nevada, Vegas.

JayCutlerTV’s Dave Bourlet has recently visited Milos at his new home and what should have been a short house tour, turned into a lesson in bodybuilding history.

Before beginning the tour of his new home, Milos revealed the books that he reads to continue educating himself on diets, anabolics and training.

After settling down, the discussion focused on Milos Sarcev’s beginnings and his incredible stories about working with Shawn Ray, Sonny Schmidt, Nasser El Sonbaty, Flex Wheeler and many others.

In a recent post on their official social media pages, Iris Kyle and Hidetada Yamagishi have just recently announced that they will be opening a Powerhouse Gym in Vegas.