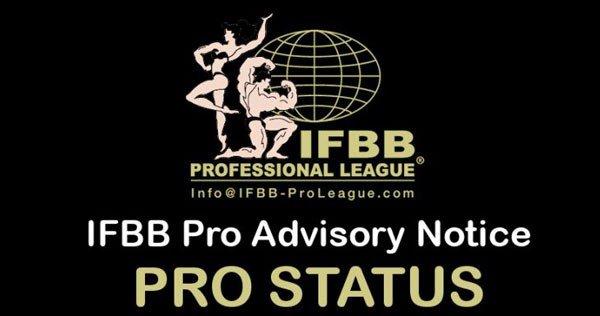 The NPC/Pro League have recently published a press release on their official website ifbbpro.com in regards to pro cards.

The press release, published on 1 December 2019 basically reveals that the NPC/Pro League can deny any athletes pro status when needed.

The press release was directed to Athletes, Judges and Promoters within the NPC/Pro League and NPC Worldwide.

Another important message in the press release was aimed to athletes that let their pro card expire or decide not to renew it.

If an athlete lets their pro card expire or fail to renew it and then go on to compete, judge or promote a contest not sanctioned by the NPC/Pro League, they must re-earn their pro status by competing through an NPC Worldwide Pro Qualifier.

The NPC/Pro League seem to want to make sure that the athletes, delegates and judges understanding the rules and the responsibility of earning their NPC/Pro League status.

The Shawn Rhoden controversy can be used as an example if any questions are be brought up regarding this press release.

2018 Mr. Olympia winner Shawn Rhoden has been refused to compete at the 2019 Mr. Olympia by AMI and as well he was removed from the 2020 Arnold Classic USA competitors list due to rape charges filed against him.

Evolutionofbodybuilding.net reported on 6 November, 2019 that Shawn Rhoden had still not renewed his pro card with the NPC/Pro League.

Read More: Shawn Rhoden is currently not a member of the IFBB Professional League 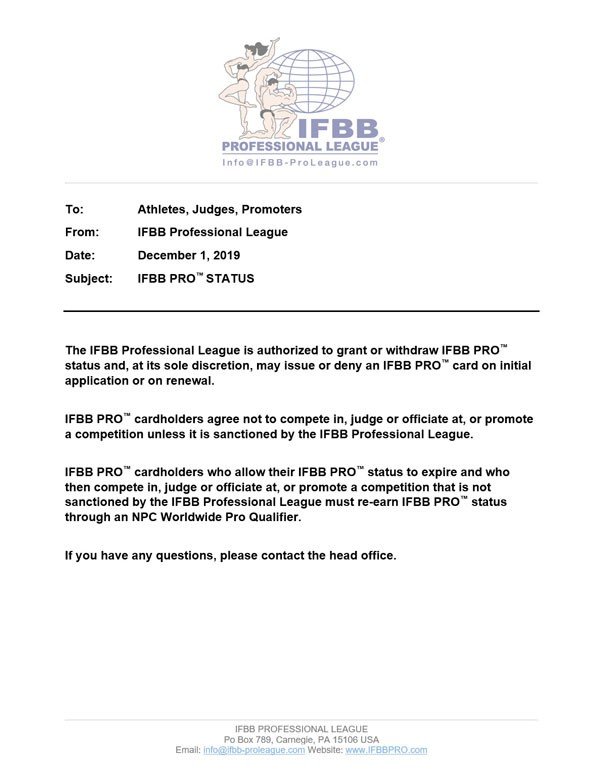