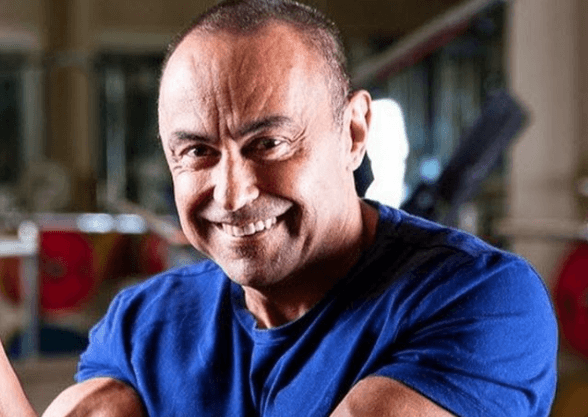 We are saddened to report that world renowned Strength coach, Charles Poliquin has passed away at the age of 57.

The cause of death is still unknown and it has left the fitness world in shock.

The announcement of the passing of Charles was posted on his official Facebook page in English and in French.

It is with a heavy heart that the Poliquin family from Ottawa announces the sudden passing of their brother Charles, a strength trainer much esteemed in his community. He was 57 years old. He leaves behind his daughter Krystal, his brothers Michel, Daniel and Louis, his beloved sisters, Isabelle and Stéphanie as well as a countless number of friends. A celebration of his life will take place. Details on the event will be shared in the next few days.

Born in Ottawa, Canada, he began coaching athletes of various disciplines while he was a graduate student, opened several training institutes around the country, established a certification program, wrote over half a dozen books, and as a coach he produced hundreds of Olympic medals.

He trained athletes in over a dozen different sports including the NFL and NHL, long jumpers, speed skaters, and more, but he may be best known as a strength coach and lover of all things muscle building. He’s well known for popularizing German Volume Training and the athletic benefits of hypertrophy.

Some of the world class athletes that Charles has guided are below:

We would like to send our deepest condolences to the family and friends of Charles Poliquin in this difficult time. 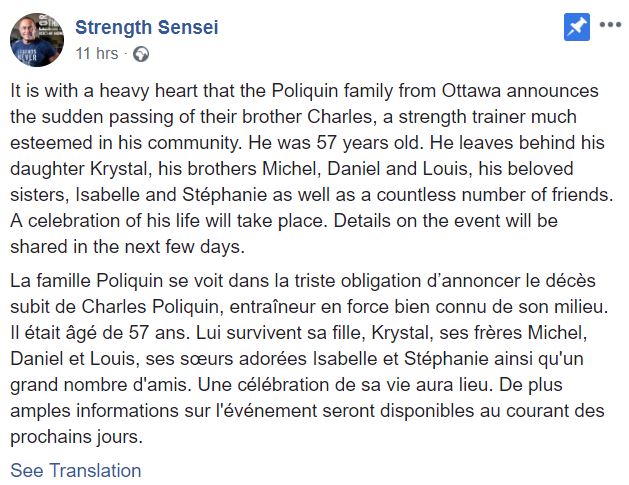