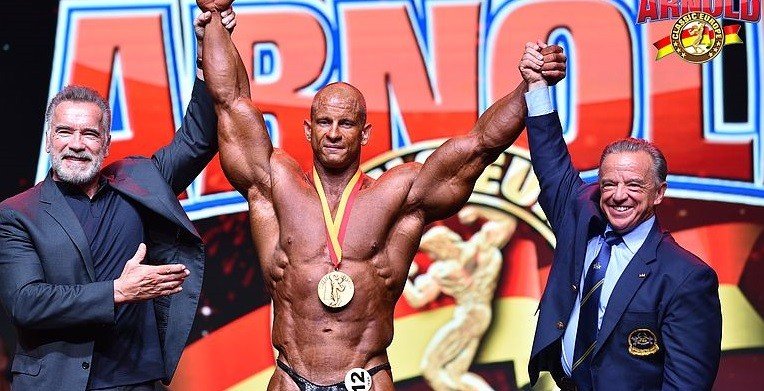 Michal Križo Križánek is the winner of the 2018 Arnold Classic Europe.

The 2018 version of the Arnold Classic Europe was totally sanctioned under the IFBB and the fast growing IFBB Elite Pro League.

A truly successful event with a packed venue. All this was not possible without the hard work and dedication by IFBB Presdent Dr Raphael Santonja, his wife Nieves, the committee and helpers.

As usual the top five athletes all won cash prizes and as well competitors will earn points going towards the Elite Pro World Championships ranking.

The level of competition was very high with the best pro athletes in Europe taking to the stage to win the ultimate prizes in front of a sold out crowd.

Michal is one of the fasting growing stars in the bodybuilding world. He literally just appeared in the last 2 years and since then he has been dominating the Elite Pro League.

The young bodybuilder went into the show as one of the favorites with his size and as well aesthetics, a perfect combination to win any show.

The humble athlete showed his dominance even though he had some good competition in the final top 5.

The athletes all took judging criteria in consideration, especially when it came to having bloated midsections. The appearance of all the athletes was much more pleasing and it showed how great the athletes look and that they are still capable of showing size and aesthetics without the bloated look.

Arnold Schwarzenegger was truly impressed with the appearance of many athletes while he posed for photos with them during the posedown and during posing routines.

The Men’s Physique class had 16 athletes at the highest level. A truly difficult task for the judges, but at the end of the competition, the right decision was made for Dmytro to walk away with the top prize.

History was also made by including Men’s Classic Physique for the first time ever on a Elite Pro stage.

This was a great contest that had the best 11 athletes in the world competing against each other to be the first to win this title in the Arnold Classic Europe.

Sergey Serechshev was the last man standing after a fantastic competition. All the athletes displayed shredded physique that also included the vacuum pose as mandatory. Adding the vacuum pose as a mandatory pose was a excellent decision by the IFBB.

The Bikini Fitness top prize went to Russia’s Yana Kuznetsova. She added another prestigious title to her trophy cabinet to make it eight Elite Pro wins.

Nikolett Szabó was the winner from eight competitors in the Women’s Fitness class. She delighted the crowd with her routine and beauty. The Women’s Fitness category  displays power and beauty from the female athletes, something Arnold Schwarzenegger and the spectators love. 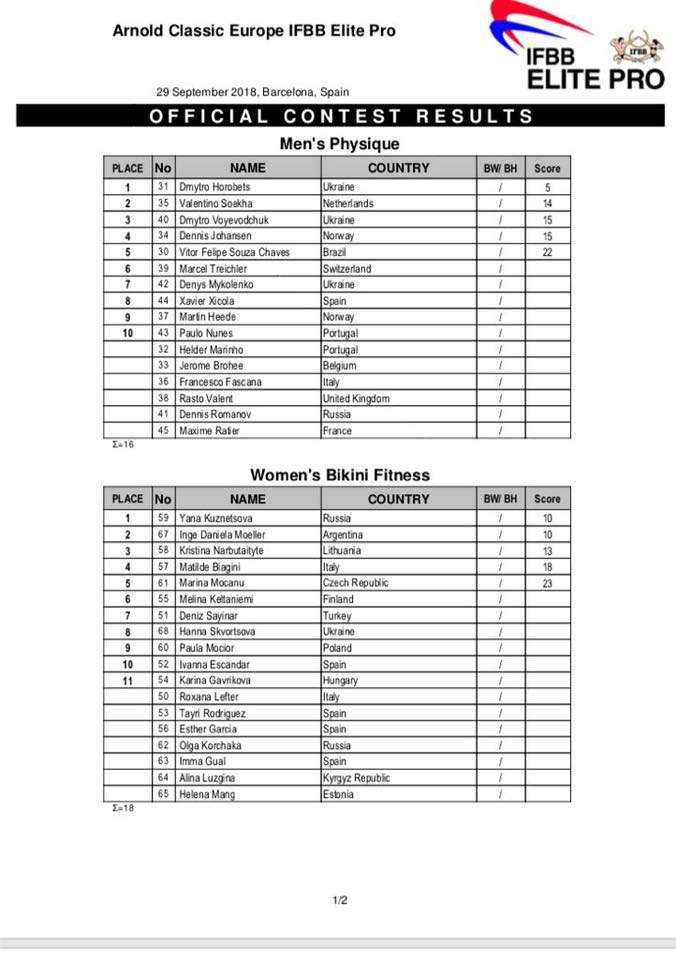 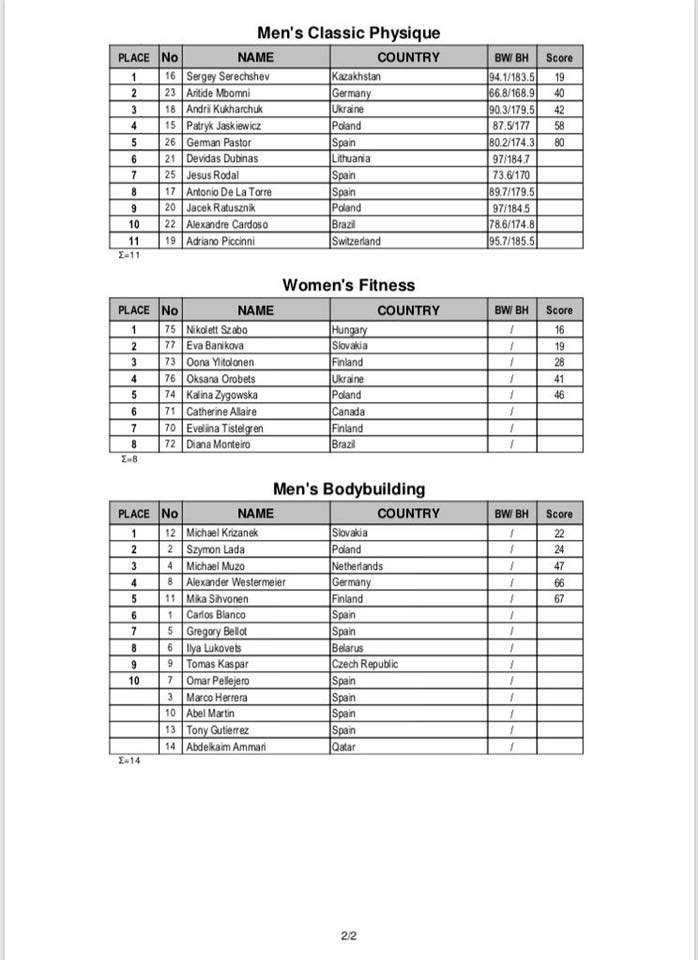 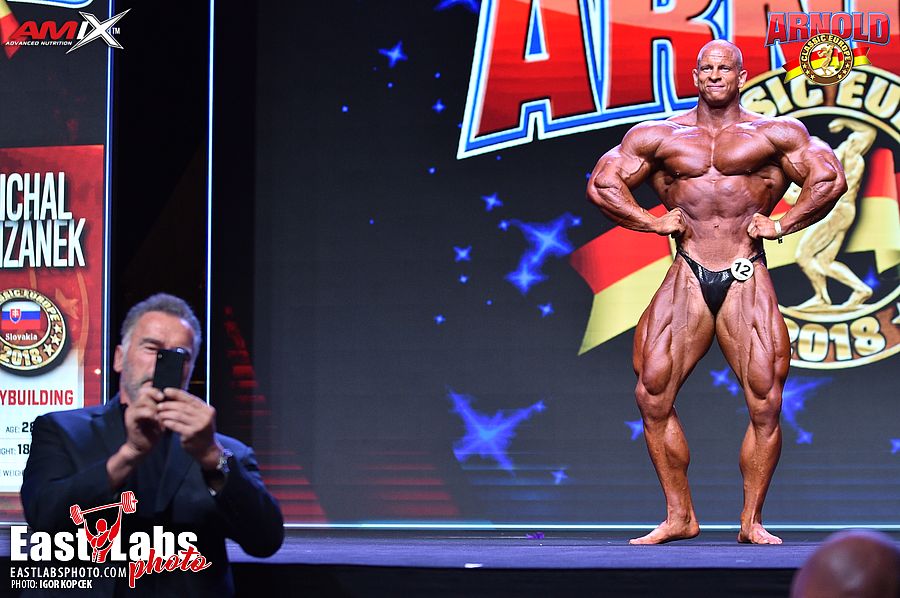 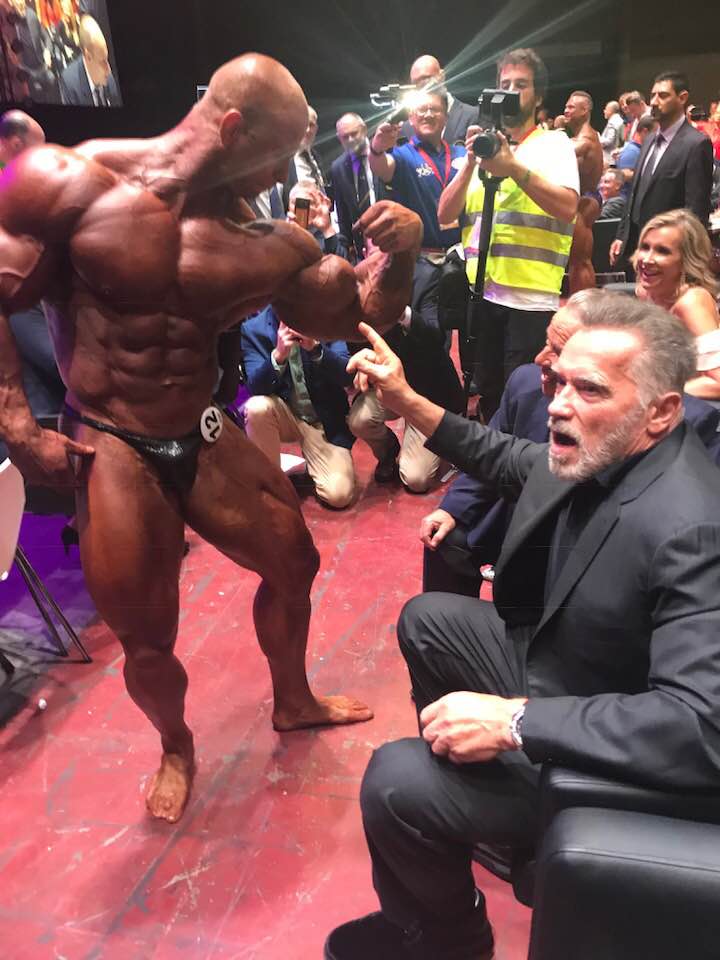 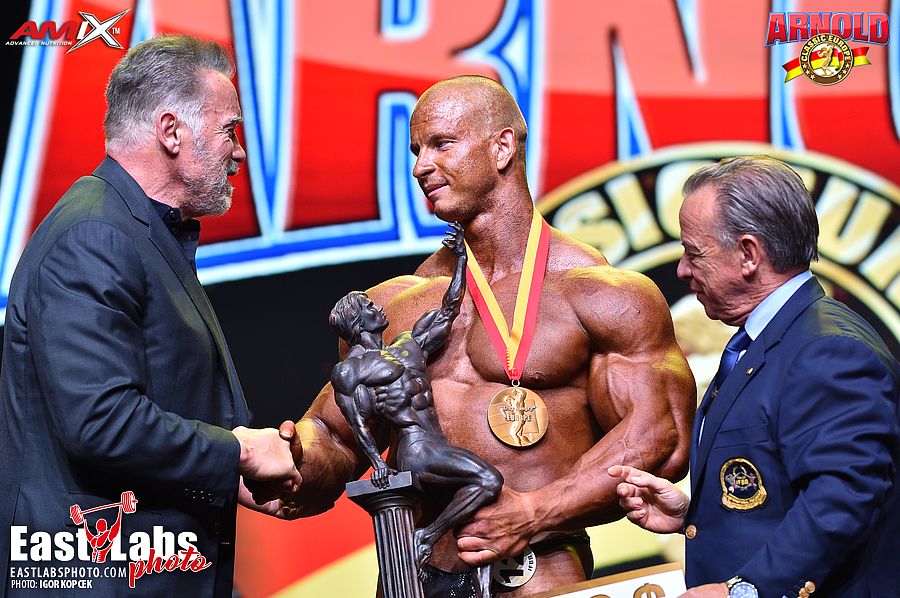 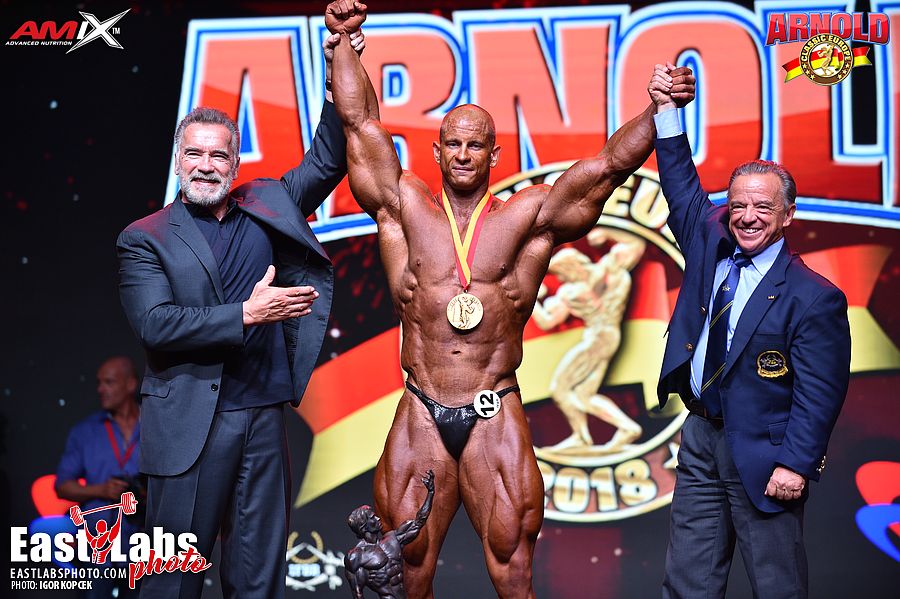 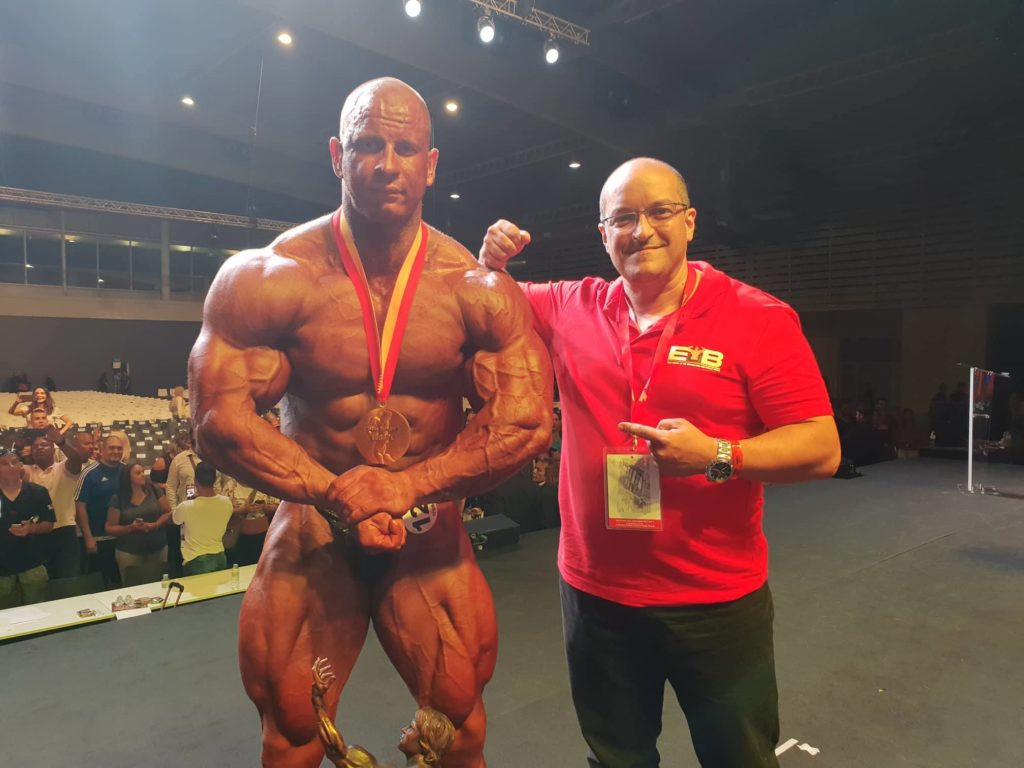 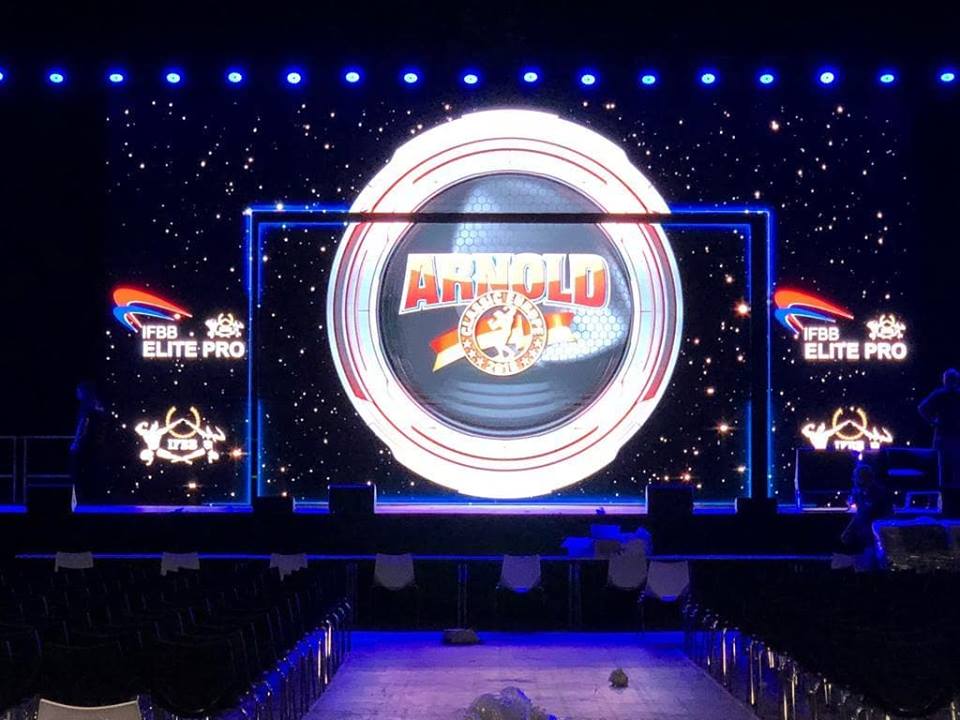