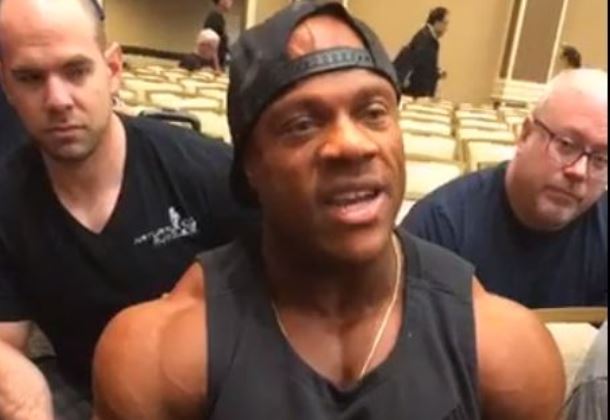 In an interview with Muscular Development before the before the Olympia Superstar Seminar, Phil leave did not hold back when speaking about his defeat.

Phil Heath was in good spirits after placing second to Shawn Rhoden and not winning his eight Mr. Olympia title.

Phil Heath said that he is not going to talk negatively about Shawn or anything else related to his defeat.

Regarding his future, Phil did not confirm 100% that he will be back to try to win the title back. Phil did say he has to sit down and think about his future as he also wants to have kids.

Phil said this defeat made him realize a number of things and in fact he is happy in a way that this happened.

Other valid points that Phil made was his relationship with Kai Greene. He did admit that he and Kai did not have the best relationship when they competed against each other but he has no problem with him. Phil also believes their fans increased the tension between them.

Regarding his bad image, he also mentioned the film Generation Iron. Phil believes that the film portrayed him to be cocky and full of himself and a number of fans were convinced of this.

One of the most important points that Phil made was the personal attack against him and his wife. Phil believes when certain people noticed they were not getting at him, they turned to his wife Shurie. He said the attacks were very harsh and his wife is probably the only person attacked in such a way in the entire industry.

In the meantime after this interview, Shurie closed down her Instagram account, most probably because of the attacks continuing.

Evolutionofbodybuilding.net believes attacking the wife of an athlete is truly disgusting. Instead of showing respect for a person that supports an athlete to be the best he/she can be, they try to destroy her.

Whatever negative people say or think, Phil is a 7X Mr. Olympia winner and he should be respected as one of the greatest bodybuilders ever to grace the stage.

Phil Heath talks about future, personal life and personal attacks day after 2018 Olympia from Evolution of Bodybuilding on Vimeo.