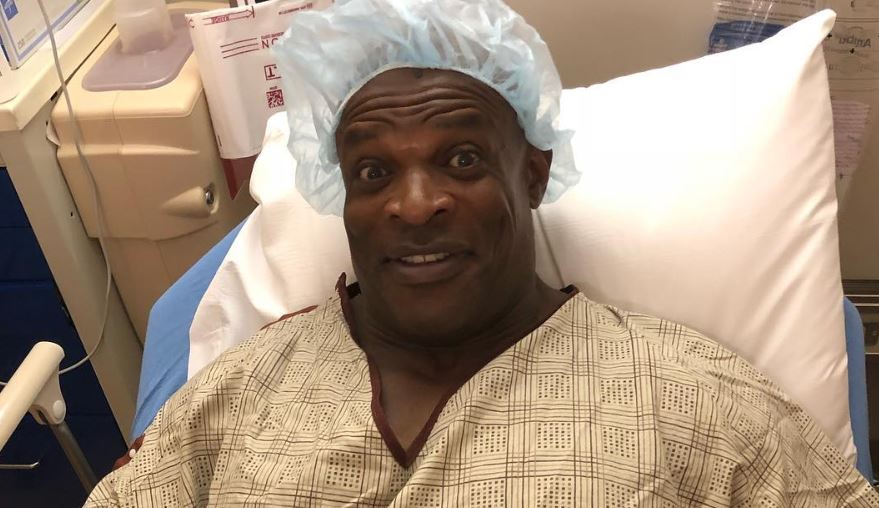 Ronnie Coleman is still considered the king of bodybuilding to many bodybuilding fans. Coleman has won eight Mr. Olympia titles in his very successful bodybuilding career.

Lee Haney is the only other Olympian that holds this record with Coleman.

Coleman has paid the price for his hardcore training regime during his very successful bodybuilding career. Major back problems has landed Coleman on the operation table on a number of occasions.

Coleman posted on his official Instagram page that he is going in for his tenth surgery to strengthen the screws in his spine.

You would think after all these surgeries, Ronnie would hate the sport of bodybuilding. Not only does Coleman not hate the sport, but he is still training as hard as ever.

This is the entire message from Ronnie Coleman:

ronniecoleman8 Here we go again, this is surgery number 10 for me today. This is my third one this year as I had one back surgery in February, a fusion. Then I had another three weeks later to fix the screws that had broken from the surgery in February. I’m hoping and praying that this is my final surgery. I have four broken screws this time around. The Dr told me that he was taking all ten screws that’s in my back now out and replacing them with bigger screws. Hopefully this will fix my breaking screw problem for good. This is the fourth time the screws have broken on me. Say y’all please say a prayer for ya boy. My surgery will be in about two hours from now so I’ll holler back after surgery. Oh that look on my face is not from being on medication, that hasn’t happened yet. My wife was telling me to open my eyes. 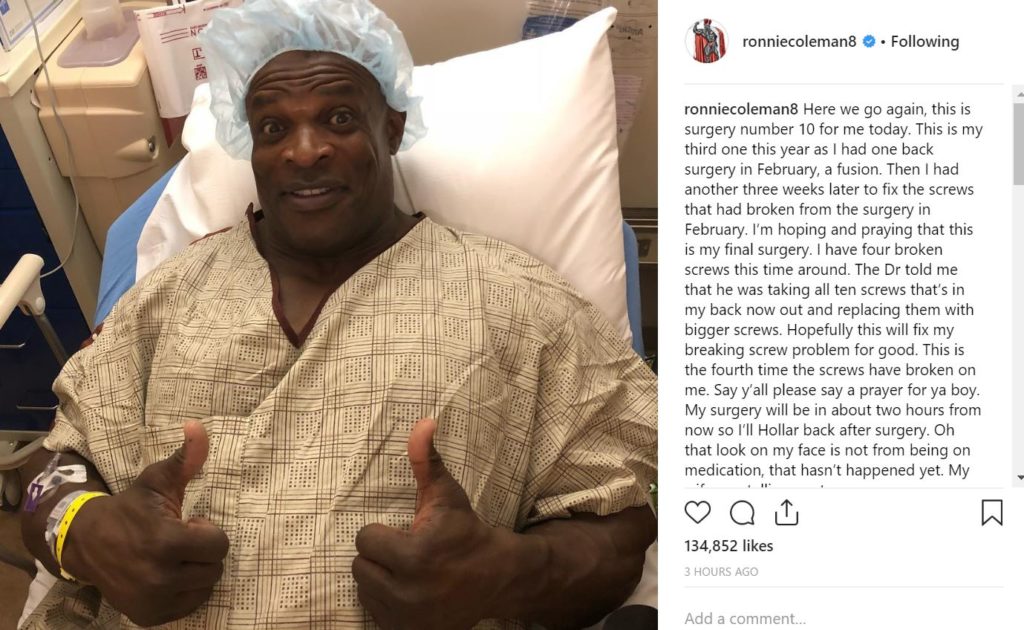