What is the BPC-157 Peptide and what are some of its benefits?

Do you want to get the most out of your workouts? Here’s what the BPC-157 peptide really is, and some of the benefits that are associated with injecting it.

Did you know that the gut is home to 30 to 50 trillion bacterial cells? That’s on top of the 2,000 bacterial cells that were only recently discovered!

That’s not all that the digestive system houses though. There’s also the gastric juices, which allow us to digest the food and drinks we consume in the first place. This digestion, in turn, keeps our bodies (hopefully) fit and healthy.

What makes the gastric juices even more amazing is that they contain BPC-157. It’s a compound that, according to scientists, can protect all organ systems.

The question now is, what exactly does this BPC compound do? How can it help safeguard your organs and how can people, especially athletes, benefit from it?

We’ll get to the bottom of all these burning questions below, so be sure to read on!

“BPC” stands for “Body Protein Compound”. BPC-157 comes from and is a derivative of the natural gastric or stomach juice. It’s a chain of 15 types of amino acids.

As an amino acid chain, BPC-157 is also a peptide. Peptides are short chains of at least two amino acids. You may want to check out this post on Umbrella Labs peptides to learn more about peptides.

Although it comes from the naturally-occurring gastric juice, BPC-157 itself is synthetic. That’s because we won’t find its particular chemical sequence anywhere else in nature.

The Peptide As An Organoprotective Compound

How the Compound Protects the Stomach

What’s more, experts say that 10% of the population will suffer from some form of gastric ulcer alone. Left untreated, these ulcers can progress into the more dangerous stomach cancer.

As a gastric juice derivative, BPC-157 benefits the stomach by helping heal ulcers. It has also shown to encourage the recovery of gastric lesions and esophagitis. It also appears to aid the healing of intestinal anastomosis and damaged sphincters.

Combatting the Effects of NSAIDs

The “cytoprotective” effects of the BPC-157 also extends to the liver. In addition, the compound seems to help speed up the healing of liver damages and injuries.

One way that this peptide appears to help is by fighting off the effects of NSAIDs. NSAIDs stand for “non-steroidal anti-inflammatory drugs. These include aspirin and ibuprofen that many rely on to ease painful conditions.

NSAIDs are less potent than opioids, which is why many of them are over-the-counter drugs. It’s also why as many as 50% of international professional athletes use them for pain relief. It’s no wonder, considering that these pros sustain over 2,000 injuries per 10,000 athletes.

Unfortunately, NSAID overdose is common, especially in those who suffer from debilitating pain. Many athletes, such as those who are training for a competition, are at risk of NSAID toxicity. Over time, this can result in liver damage.

A BPC-157 study showed how it counteracted the side effects of NSAIDs. The most common of these include heartburns and stomach pains. The researchers also noted how the peptide helped heal lesions in the GI tract.

That said, you may want to consider the use of this compound if you regularly use NSAIDs. This way, you can lower your odds of developing liver damage.

Studies also found that BPC-157 may have pain-relieving benefits. In some cases, it may even counteract events that trigger painful sensations.

Some researchers say that this peptide act as a pain-reliever by affecting dopamine. Dopamine is one of the chemical messengers in the body known as “happy hormones”. Dopamine, in itself, influences sleep, moods, happiness, and pain processes.

More research is necessary to confirm how BPC-157 affects this hormone. However, the preliminary studies confirm that it does impact the brain’s dopaminergic system. This may be the reason why people who take this peptide can cope better with pain.

Studies have also discovered that BPC-157 triggers the release of serotonin. Like dopamine, serotonin is also a “happy hormone”. It seems that the peptide encourages an increased serotonin activity.

Do note that serotonin can either increase or blunt pain sensations. When it comes to deadening pain though, this hormone seems to help modulate pain. As such, increasing serotonin activity in certain parts of the body may help reduce pain.

BPC-157 peptide injections may help boost blood vessel health. Studies showed that this compound can improve the functioning of the blood vessels.

It’s vital to keep your blood vessels healthy because it’s how blood travels through your body. Without these “vessels”, many parts of your body will lack nutrients and oxygen. If this happens, one symptom you’re likely to experience is slow injury recovery.

Let’s use a wound as an example.

When you get wounded, your blood vessels will supply the “cut” with blood. The blood will then start to clot around the wound so that the bleeding will stop. The dried blood then forms a scab, which safeguards the tissue beneath it from pathogens.

From here, more blood vessels in the injured area will open up or “vasodilate”. They do this so that they can transport enough nutrients and oxygen to the wound. These are crucial for wounds to heal.

If your blood vessels aren’t that healthy, then your wounds will take a longer time to heal. Serious problems with the blood vessels may not even let you heal at all! Either way, wounds that don’t heal properly put you at a higher risk of infections.

Whether you’re an athlete or someone prone to injuries, BPC-157 may be beneficial for you. It may help you not only heal faster but also protect you from potential infections.

Another study found that BPC-157 helped reduce hemorrhage in amputated rats. The word “hemorrhage” is the scientific term for bleeding, which is what causes blood loss.

This effect may be once again due to the peptide’s ability to boost blood vessel functions. Healthy blood vessels, after all, can do a more efficient job in moving nutrients and oxygen in your body. This can then translate to faster blood clotting.

The sooner your blood clots around a wound, the sooner the bleeding can stop.

There’s definitely a need for more studies on BPC, but this is great news for hemophiliacs. Hemophilia, although rare (only about 20,000 individuals in the US have it), is deadly. That’s because this condition keeps the blood from clotting in a normal way.

Even if you don’t have a bleeding disorder, you still don’t want to bleed a lot. You want your wounds to clot faster so that you can also avoid infections.

Soft tissue injuries are among the most common injuries in the general population. Ankle sprains alone affect an estimated 25,000 people in the US every single day. Moreover, ankle sprains account for nearly half of all sports-related injuries.

Aside from sprains, muscle strains, damaged joints, and torn tendons are also common. All these are injuries of the soft tissues.

BPC-157 may help in preventing and treating these injuries. It may be able to do so by the same action it has on open wounds. In this case, it may help the blood vessels efficiently deliver blood to the injured soft tissues.

Like open wounds, injured tissues also need nutrient- and oxygen-rich blood to heal. They need these so that they can start to rebuild their torn fibers.

According to one study, BPC-157 healed damaged tissues through tendon outgrowth. This means that the tendon fibers multiplied and replaced the damaged fibers. Moreover, the peptide also raised the survival rate of the cells in the treated area.

Everyone is at risk of falls that can cause brain injuries. However, athletes, especially those who play contact sports, have an even greater risk. In fact, sports-related concussions affect about 3.8 million people in the US every year.

Many cases of concussions aren’t life-threatening and don’t require major surgery. However, more severe cases can cause the brain to bleed or swell. Sometimes, part of the skull may also crack and embed in the brain.

While BPC hasn’t shown to heal all these brain injuries, it has shown to have nerve protecting effects. Scientists also noted how it reduced the effects of traumatic brain injury (TBI). Moreover, it seems that the peptide can help prevent the more severe effects of TBIs.

It’s thanks to the somatosensory systems that we can feel things through touch. These are the systems that tell us where our body parts our and how it feels to move these body parts. It lets us monitor the temperature of our body as well as of the things we touch.

Unfortunately, these systems can get damaged due to accidents and injuries. For instance, injuries caused by sports or falls can crush or break peripheral nerves. When this occurs, the parts of the body that the damaged nerves cover will lose their sense of touch and feel.

The good news is, BPC-157 has shown protective effects on somatosensory neurons. In this way, it may help prevent the loss of touch following a nerve injury.

Did you know that the gut is home to 30 to 50 trillion bacterial cells? That’s on top of the 2,000 bacterial cells that were only recently discovered!

That’s not all that the digestive system houses though. There’s also the gastric juices, which allow us to digest the food and drinks we consume in the first place. This digestion, in turn, keeps our bodies (hopefully) fit and healthy. 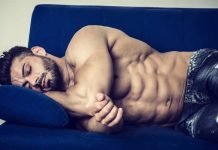 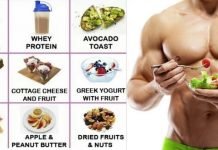 What Is the Best Pre-Workout Snack for the Best Results 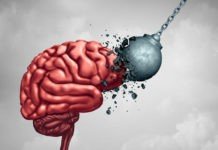