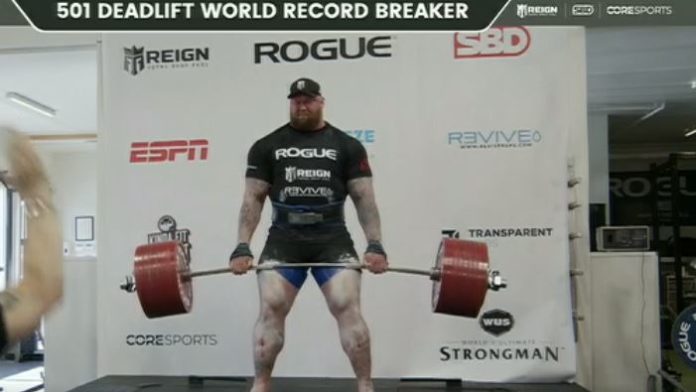 The 31-year-old set the record in his native Iceland.

Hafthor Bjornsson set the all-time deadlift world record with 501kg as part of World’s Ultimate Strongman to become the first man to ever deadlift more than 500kg. The attempt was broadcast by ESPN and live-streamed on Rogue and Corepsorts.

Bjornsson is best known for his role as “The Mountain” Gregor Clegane in the HBO series “Game of Thrones.”

He then tried to break Eddie Hall’s all-time deadlift world record (500kg/1102lbs) at the same competition but could not complete the 501kg/1105lb lift.

He won the World’s Strongest Man competition in 2018 and has finished third or better every year since 2012.