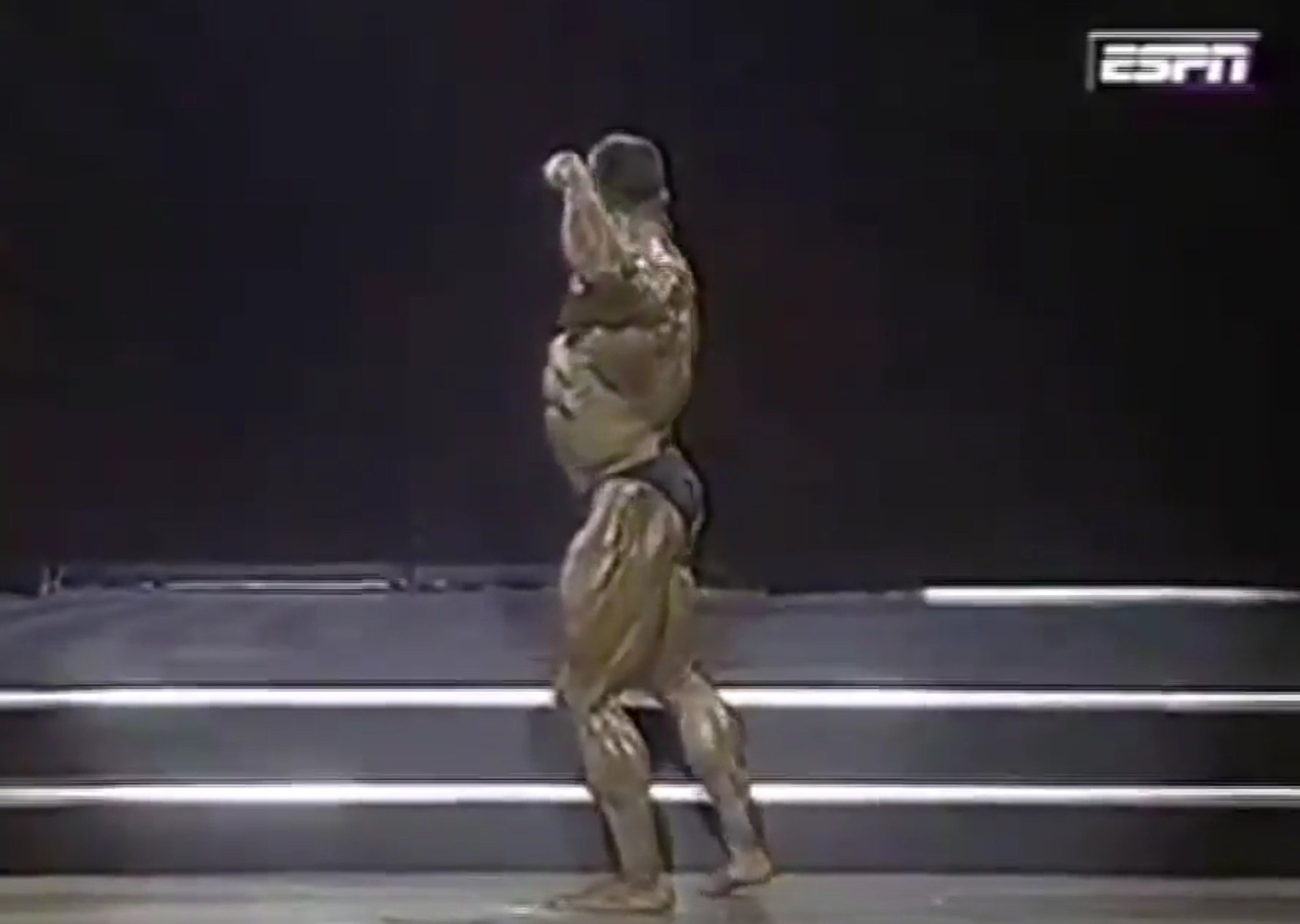 Bodybuilding’s ultimate legend Arnold Schwarzenegger has always been a leader in his crusade to make sure bodybuilders step on stage in the best possible shape.

Arnold has been very open about the subject of the large midsection or distended stomach, however you want to explain it.

Schwarzenegger and many other former bodybuilding stars have criticized the modern bodybuilder for letting themselves go on certain poses.

Arnold has not started to criticize bodybuilders in recent years, but you can hear him talk about mass monster Jean Pierre Fux way back in 1996 during his posing routine at the Arnold Classic. Now the 90’s was a great era for bodybuilding and the problem was already being noticed.

You can hear Arnold Schwarzenegger point out that the Jeanne Pierre will lose points because he could not control his midsection while going through certain poses.

So if bodybuilding fans and bodybuilders think Arnold is just talking now about this problem, the legend of the sport was already noticing these problems over 20 years ago.

Arnold Schwarzenegger is right to talk about this problem and it makes the competitor think about his conditioning before they step on the stage and especially the Arnold Classic as surely the man himself will criticize the competitor.

When competing at a high profile competition and especially the Arnold Classic, the bodybuilder has to remember that he or she is performing in front of bodybuilding royalty. The best condition must be brought to the stage.

Posing is not as easy as some think it is. The bodybuilder must control their body even between poses. The midsection must be controlled. They cannot let go just because they are turning to hit another pose. A judge with a good eye will notice these these problems and deduct points from the athlete.

So let us be thankful that Arnold is still sharing his knowledge of the sport.