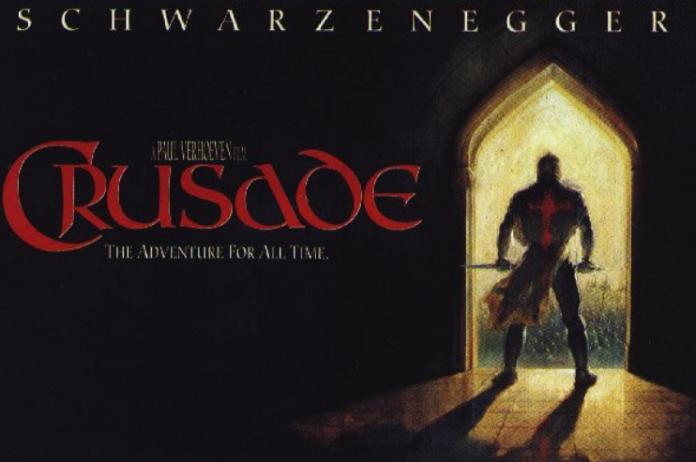 In this journalist’s opinion, Arnold remains bodybuilding’s greatest success story; it is a title that is often freely and accurately bestowed upon him, one which was even adorned as an emphatic headline in many bodybuilding publications. His success in the sport of bodybuilding ushered in a career in business and politics, but notably an impressive film career. He amassed a large line of movies that are not just part of Hollywood lore but forever cemented in pop culture.

In many ways, he not only singlehandedly revolutionized that action movie genre but established tropes that are seemingly replicated but never perfected in the same way Arnold did them. Even his early minor roles as the likable doofus cowboy named Handsome Stranger, alongside Kirk Douglas and Anne Margaret in ‘Cactus Jack’ was a revelation; as one could see this incredible Austrian bodybuilding champion, freely experimenting with a self-aware comedic style. In many ways this could be seen as a precursor to his role as the innocent but highly capable Julius, in ‘Twins’ alongside Danny DeVito.

And yet there is one little known movie of his, that never made it to pre-production and seemed to languish in development hell. It is one film that although may not have impacted on his already impressive career, would perhaps have shown the audience yet another side to his thespian abilities.

That film is ‘Crusade’ and was to be directed by Dutch genius, Paul Veerhoven. Arnold had worked with this daring European film maker on the enjoyable sci-fi romp, ‘Total Recall’ and that was proof that any collaboration between the two, was ideal. As the singular title of the film suggests, this movie would take place during the Christian-Muslim conflict – which may not have been too topical in the 90s, and thus an ideal setting for a medieval action film.

Period films were nothing new for the Austrian Oak. He did cut his teeth with the likes of the Conan movies, in an era where the Italian sword and sandal film were waning in popularity – his mass appeal brought this genre back to the consciousness of the rabid film going populace in the 80s. However, Crusade would have been something entirely different. Unlike the fictional adventures of a sword slinging protagonist based on the works of one Robert E. Howard, ‘Crusade’ would have had roots in history, and bloody history at that.

Under the direction of Veerhoven, Arnold’s protagonist was a peasant thief known as Hagen saved from execution by a miracle of sorts. The violent historical setting would have seen Hagen on a quest to save a Saracen princess (played by Jennifer Connelly) and go toe-to-toe with the ever reliable villain in Gary Senise; injecting in sibling rivalry with Senise’s character being Hagen’s half-brother. The inclusion of the legendary Charlton Heston in an unspecified role would have further elevated the status of the picture; after all it wasn’t so long ago we had Arnold sharing the screen with Hollywood icon, James Coburn in the excellent action film ‘Eraser.’

One could perhaps catch glimpses of this when Arnold was a bodybuilder on stage; not only was his that archetype for physical perfection, he was THAT bodybuilder to have a real personality. All reports suggest that he may have been the first bodybuilding champion to actively seek out the microphone (post stage showing) and address the audience, making him even more memorable for his personality as much as his stature. No doubt this was a deliberate and savvy tactic to endear himself to the wider populace, and it succeeded.

Indeed, despite the subject matter of Crusade there is little doubt in this journalist’s mind that Arnold Schwarzenegger would have made it work and we would have loved it.

Unfortunately this was not to be as the managing film studio, Carolco exited from the fray and instead decided to do Renny Harlin’s disastrous flop Cut Throat island. As often happens, it all came down to finances and considering Harlin’s movie would have been $30 million cheaper than Veerhoven’s (purported $100 million budget) this was likely a means of saving a somewhat paltry sum. If that sounds cynical, that’s because it is.

It is dubious lunacy to compromise a highly bankable star vehicle with Arnold Schwarzenegger, and opt for a cheesy swashbuckling duo in Geena Davis and Matthew Modine.

Crusade’s screenplay (by Walen Green) can easily be found online, and it offers some insight into the very gritty and hyper violent film that this would have been. Not shying away from the religious or cultural critiques on both sides of the Christian-Muslim conflict, would mean we’d potentially see a very confronting yet perhaps balanced albeit fictionalized depiction of an awful period in history.

Much like Clint Eastwood’s excellent efforts on World War 2 (in Flags of our Fathers and Letters from Iwo Jima), Crusade would have seen heroes and villains on both sides of the conflict; thus allowing for a greater sense of perspective. Hagen’s shifting alliances between the two sides, would present that fascinating dichotomy and inner conflict within a flawed yet heroic protagonist. It may not have been designed exclusively to offer a factual commentary piece on war, but as a big budget narrative it serves to offer viewers the opportunity to be entertained, rather than be informed. That is ofcourse the point of fiction after all. Indeed, the script does not have much humour or and very little comic relief, but given the history from which it is derived from, this is entirely understandable.

It is pure speculation on the part of this journalist, but the proposed all-star cast in Veerhoven’s vision would have provided a fascinating dynamic with the great Austrian himself, carrying the bulk (pun intended) of the film’s box office takings. His versatility was proven as far back as the late 70s, and looking back now the production of this movie could have been one that would became favoured classic amongst Arnold’s back catalogue. We all love the over the top action of ‘Commando’, the near perfection in ‘Terminator 2’ and the witty repartee in ‘Kindergarten Cop’; yet we also will enjoy his darker roles in ‘End of Days’ or even ‘Raw Deal.’ ‘Crusade’ would have been something on this side of the spectrum, uncompromising, brutal yet visually spectacular.

In recent years there have been talks and reviving interest in this picture yet as of 2020 there are no concrete plans to proactively develop this movie. In an era where comic book heroes reign supreme at the box office, an old fashioned historical epic in the same vein as Spartacus, would no doubt offer some welcome cinematic respite.

Add in a charismatic bodybuilding champion like Arnold, and you’d have a breath of fresh air.

Vance Ang Bio: Vance Ang has been writing professionally bodybuilding and fitness since 2005, having written extensively for hardcopy publications such as Australian IRONMAN and FLEX; but also for e-publications such as RAW Muscle and online platforms Iron Muscle. He is a Melbourne based consultant with a background in policy and strategy, and is also currently undertaking his post graduate study in Law. In addition to bodybuilding, he is also interested in conservative politics and Savate (French Kickboxing) 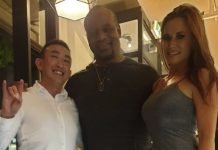 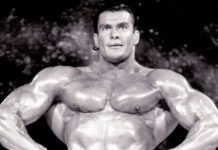 ‘THE RACE IS NOT ALWAYS TO THE SWIFT’ 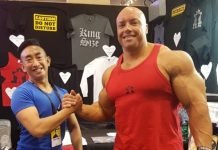