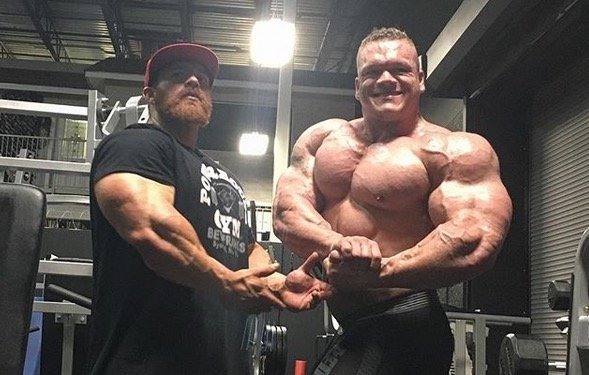 It has been three years since that horrible day when the bodybuilding world was brought to its knees with the death of Dallas McCarver.

It was on 22 August, 2017, when his best friend and training partner Josh Lenartowicz found Dallas on the floor, struggling to breath.

Dallas’s last post just a few hours before his death was proof of how much he was enjoying life:

“Could’ve been a little slower and better under control wth these 160s today… but sometimes you’ve just got to let the intensity flow. Great chest day with @josh_lenartowicz in @project_flex_fl #DragonsLair ! That damn @redcon1official #Silencer had me sweating like a whore in church boy! Whew!!!!” – Dallas McCarver

At just 26, Dallas was not even at his peak when it comes to bodybuilding.

In his last two shows, Dallas would place second at the Arnold Classic and New Zealand Pro.

As a professional bodybuilder, Dallas competed for three years, winning two shows. He had already achieved more than what other professionals achieve in their entire career.

Surely, Dallas was a favorite to one day lift the Mr. Olympia title, but unfortunately, he was taken away from us before he could fulfill his dream.

The recent death of Luke Sandoe has also shocked the bodybuilding world and his death has brought back that dark day in 2017 when we all lost Dallas.

In the days leading up to the third anniversary of Dallas’ death, social media was flooded with tributes to the fallen giant.

His closest friends also went to their social media pages to publish their personal messages about Dallas.

Dallas is missed and his memory will live on.

It was at the 2016 Arnold Classic Europe, Dallas would finish in ninth place, not his best placing, but he made sure he enjoyed his time in Spain.

As at every contest, I would be at the athletes hotel, talking to the pro athletes when they were in a more relaxed atmosphere.

While leaving the hotel one evening, I witnessed two of the biggest bodybuilders at the event running and laughing while they are crossing the street to have a meal at McDonald’s.

I could have easily followed them to McDonald’s but I preferred to give them their space.

I believe it was at the 2016 Arnold Classic Europe were Joshua and Dallas started what would be one of the best training partnerships and friendships in the sport.

A few hours from now our friend, brother, team member, employee, and the face of @redcon1 passed away. I’ll never forget that phone call very early in the morning of the 22nd. I heard that @dallasmccarver passed away but it took far far longer for me to internalize it. Even today I often think about him like he’s still here, and among us… then I can’t avoid the truth. He’s in the next place, where ever that is. Tonight, and this year, we are doing something different & impactful. We are bringing back the Dallas McCarver Memorial shirt. After talking to Dallas’ mother Penny @pantcliffe , we decided with her, this Is the right time. ALL the proceeds of the shirts will go to his mother she his sister, Katie, and they will decide what he’d want done with that money! The shirts are extremely limited! Check the @redcon1 site to find the shirt, and please take a minute to watch this video and remember one hell of a good person, friend, son, brother, and teammate. #redcon1

Days, weeks, months, and years pass and somehow I always find myself a little more empty today. Thinking back to this day, is heart wrenching and although knowing you're in the heavens flying high, the selfish part of who I am wishes you were still here with us today. As a follower of God, I was taught to believe death as this: that no matter where you are in life, no matter what you're doing, how old you are, no matter your race, sex, or beliefs, when your needed your above, when he calls for you it's to bring you into eternal life. A life of all the good and righteous. Dallas, I know you're watching down on all of us daily, we are all holding it down over here! Just make sure you keep them weights warmed up for when it's my time. #Dallas #BigCountry #GoneNeverForgotten

Could've been a little slower and better under control wth these 160s today… but sometimes you've just got to let the intensity flow. Great chest day with @josh_lenartowicz in @project_flex_fl #DragonsLair ! That damn @redcon1official #Silencer had me sweating like a whore in church boy! Whew!!!! #HotAsHell #LoveIt #DoTheHardSfuff #bigcountry #dallasmccarver #outgrowyourego #redcon1