Battles at the 2017 Olympia Weekend are not only on the stage but off the stage as well.

Evolutionofbodybuilding.net gaving been getting a number of messages all through the weekend regarding an issue between the NPC (National Physique Committee) and IFBB (International Federation of Bodybuilding & Fitness)

Not to get confused we have Jim Manion President of IFBB Pro League and NPC and then we have Rafael Santonja who is President of the IFBB (International).

In a letter that was revealed to the public from the CSFF (South American Confederation of Bodybuilding and Fitness), they explained that the NPC judges to not have the qualifications of the international IFBB judges and they do not have the International card.

The CSFF asked the IFBB for action to be taken against the NPC for the events that occured.

Not long after, a press release released by the IFBB stating that the NPC are suspended temporarily for the events that occurred at the Olympia Weekend in Las Vegas between the 13-14 September 2017.

See all this happen, many are seeing this as a fight for power between various federations.

Many questions need to be answered:

Did the President of the IFBB, Rafael Santonja and his delegation make the trip to the 2017 Olympia Weekend?

Could this be a reaction after AMI managed to acquire 100% control over the Olympia?

Is IFBB International separating from the NPC?

Will Europe have their own Pro League?

Whatever the case is, the atmosphere behind closed doors at this years Olympia Weekend is nothing to be happy about. 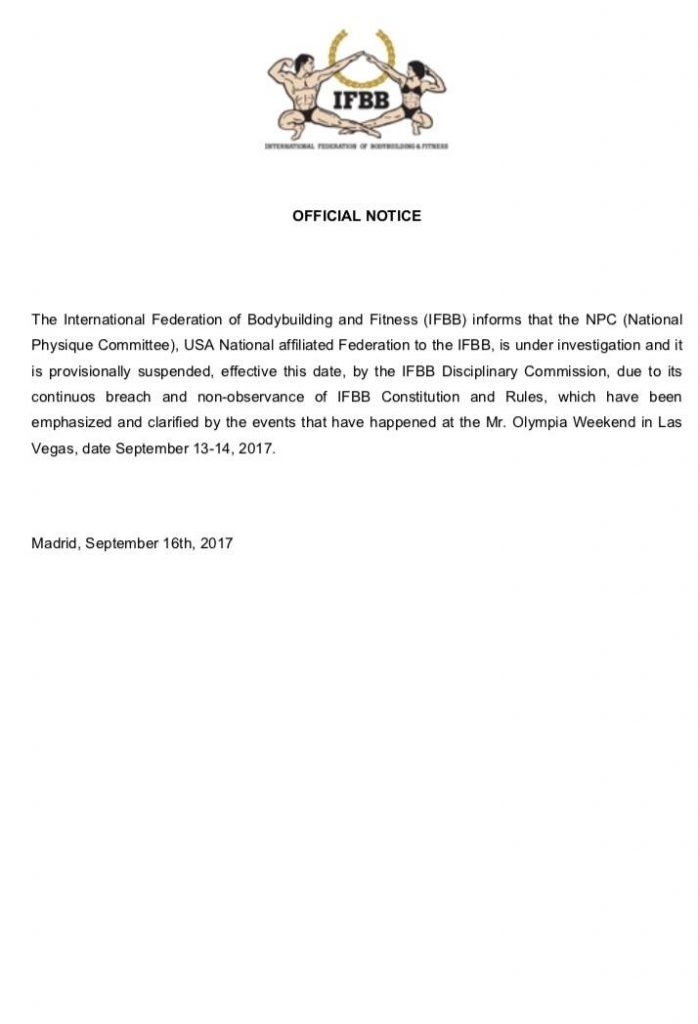 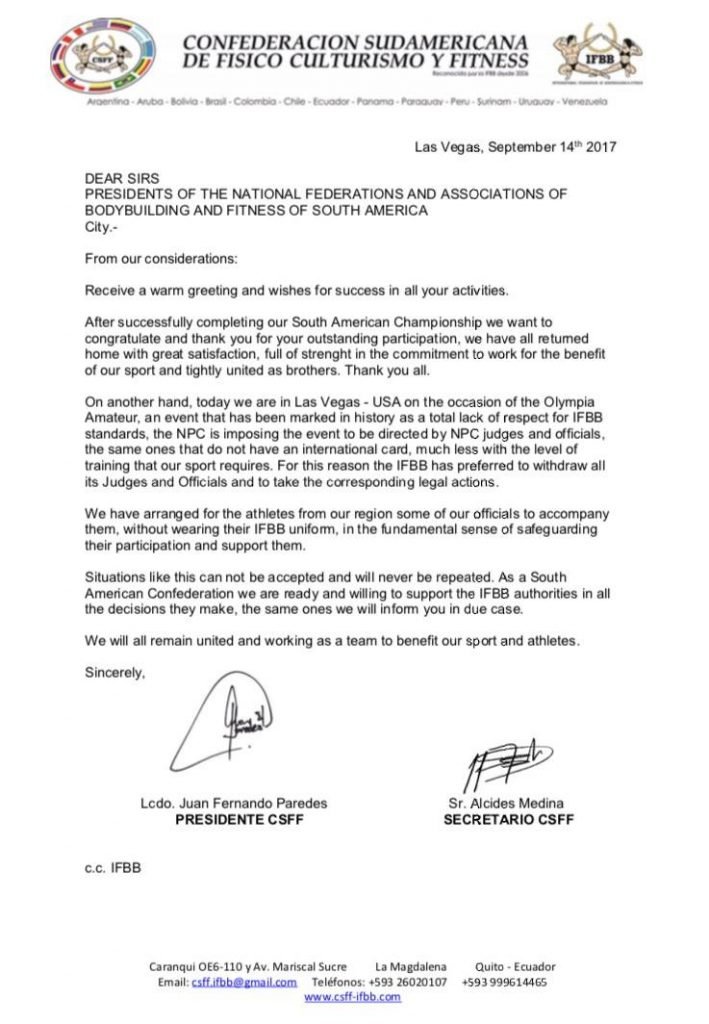