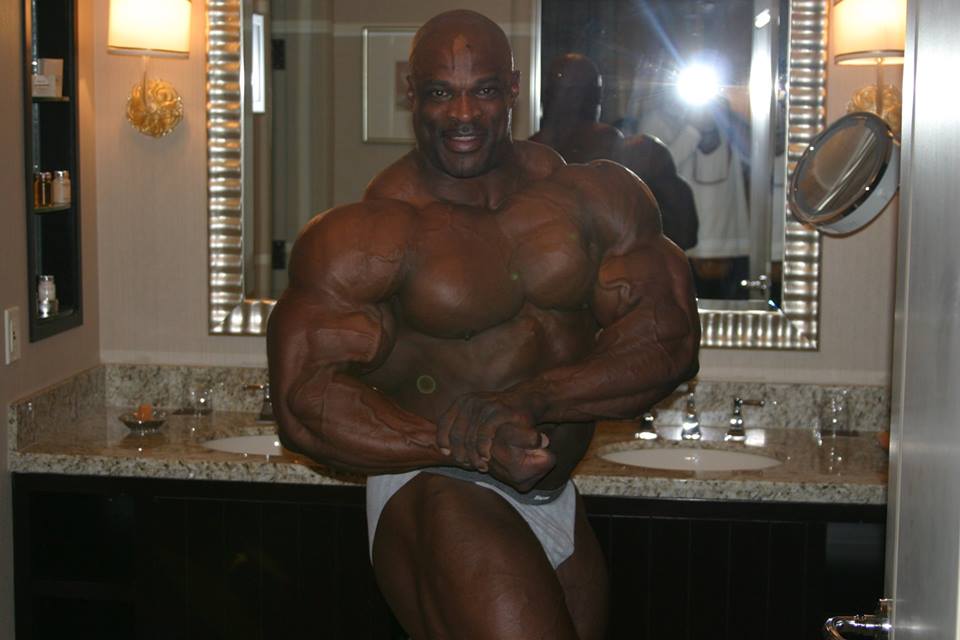 Chad Nicholls has again released some photos from his archives. who knows what else Chad has stashed away from the early 2000’s, but the more he makes public the happy we are.

This time Chad released a set of photos of Ronnie Coleman a few days before he stepped on stage at the 2004 Mr. Olympia.

If you want quality mass… well here you have it.

Chad explains in detail the story behind the photos and Ronnie Coleman:

The GREAT Ronnie Coleman at his ALL-TIME heaviest point before ANY contest! It’s hard for me to stay active all year round on social media! I’m good until about October, then I just have to go into hibernation mode for a while! I figured I’d kick off 2018 with a bang! These are never before seen pics of Ronnie Coleman on Thursday evening before the 2004 Mr. Olympia at a weight of 304 pounds – the heaviest weight he ever reached prior to a contest. He ended up stepping on stage around 297 that year.

2004 wasn’t my favorite Ronnie look – my personal favorite is 2003 – but anyone that saw Ronnie in person in 2004 was simply blown away by the amount of sheer muscle he was able to carry on his frame. 2003, I could begin to see the first stages of the back injury becoming visually apparent. During 2004, especially the beginning of the year before we started pushing his weight up, the injury was much more visible. However, the bigger/fuller he became, the less noticeable it was. It was then that we knew we would push his boundaries of size and fullness. Additionally, Ronnie was just that type of athlete – he had set such a high standard in 2003, that he only knew to keep advancing forward; so it was set in stone that 2004 was going to be the year of sheer size and we were going to push to fullness as far as we possibly could.

As far as the game plan, we didn’t veer that much from 2003; however, we boosted the carb loading process until he “spilled” – which we actually had trouble doing! LOL – it wasn’t until late Thursday night before the show that he spilled a bit.

We did make a few adjustments: we arrived in Vegas on Sunday before the show – usually we give the body a couple of days to get back on track before hitting the carbs; letting the body come back around from the flight, time change, etc., but in 2004 we literally hit the gas the minute we landed in Vegas. His water intake stayed exactly the same through Friday – and then it was cut in half, so he was never limited that much. On Thursday, it’s hard to know exactly the amount of carbs he took in as I had him snacking so much between meals, but I would say it was around 3,000 grams. It’s safe to say we will never see an athlete like this again.

I hope you enjoy these photos. Of the GREATEST Mr. Olympia ever – at his all-time heaviest scale weight – before a show! #304 #TeamMayhem 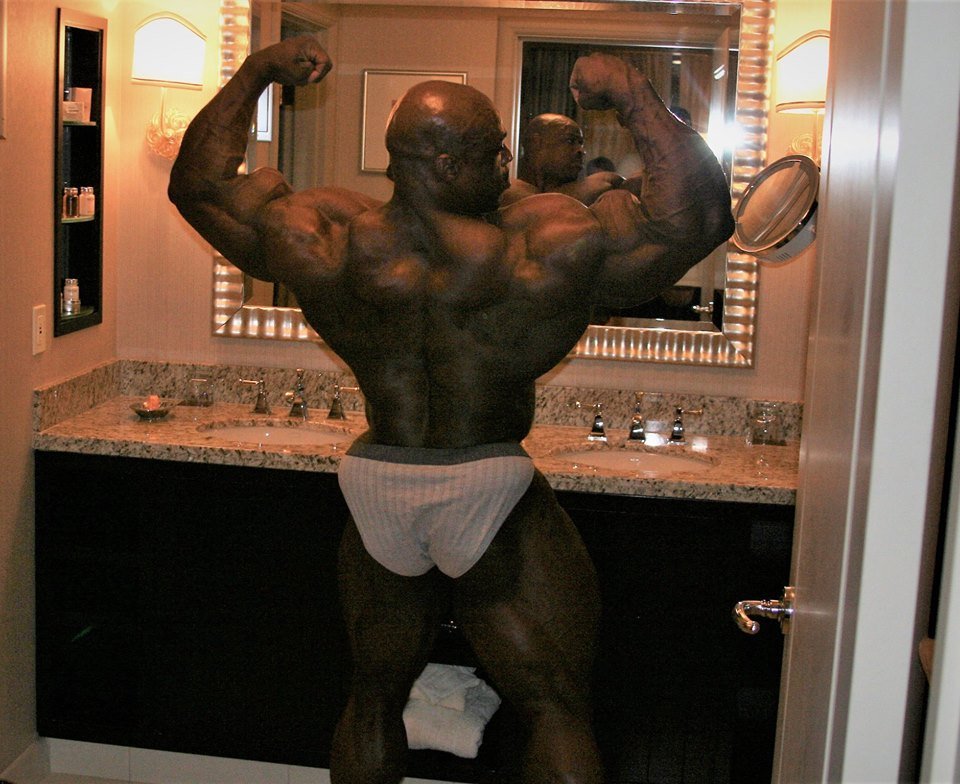 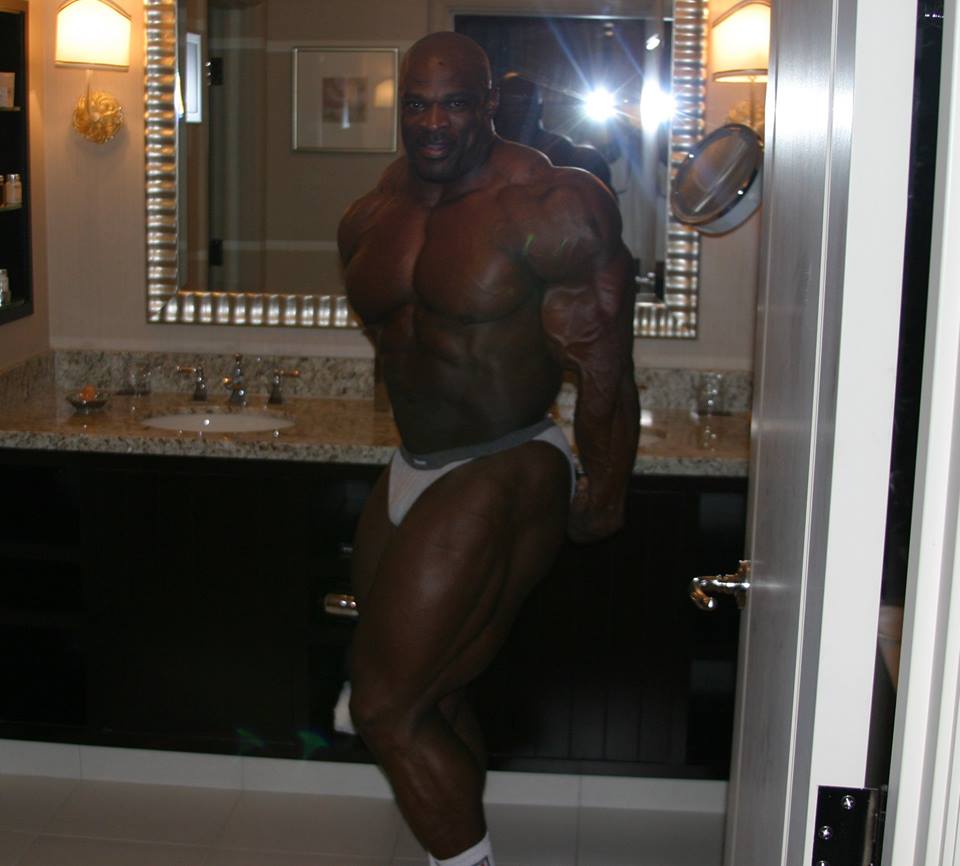 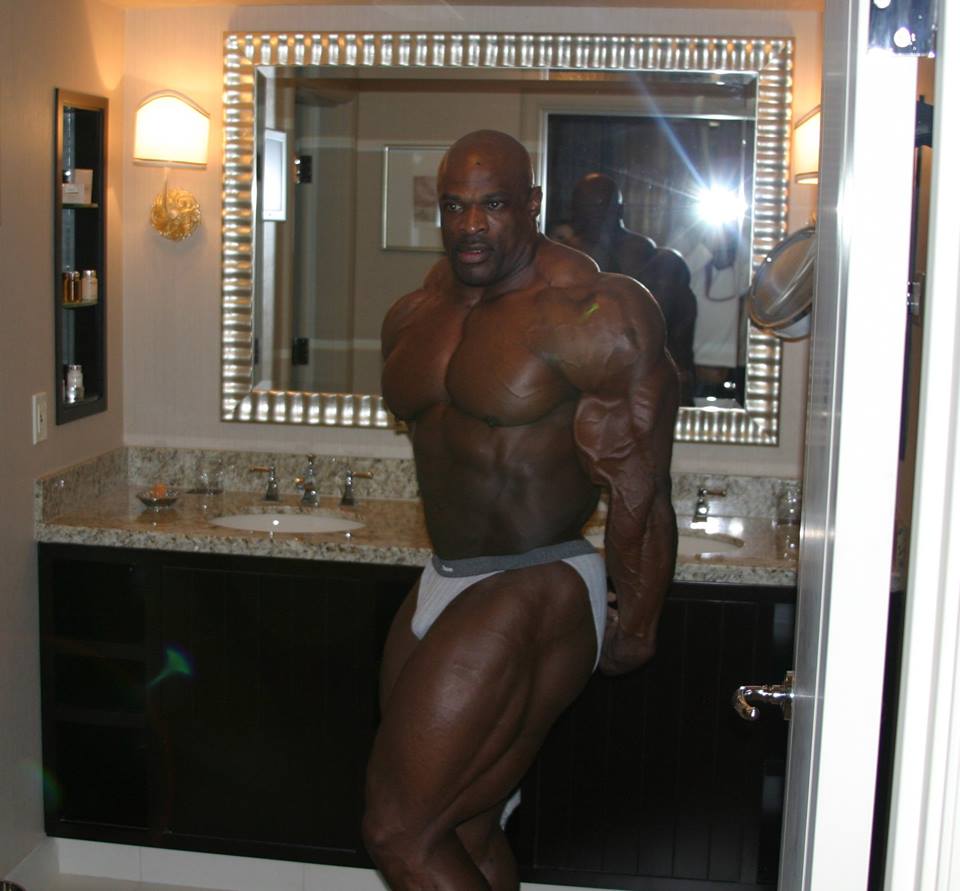 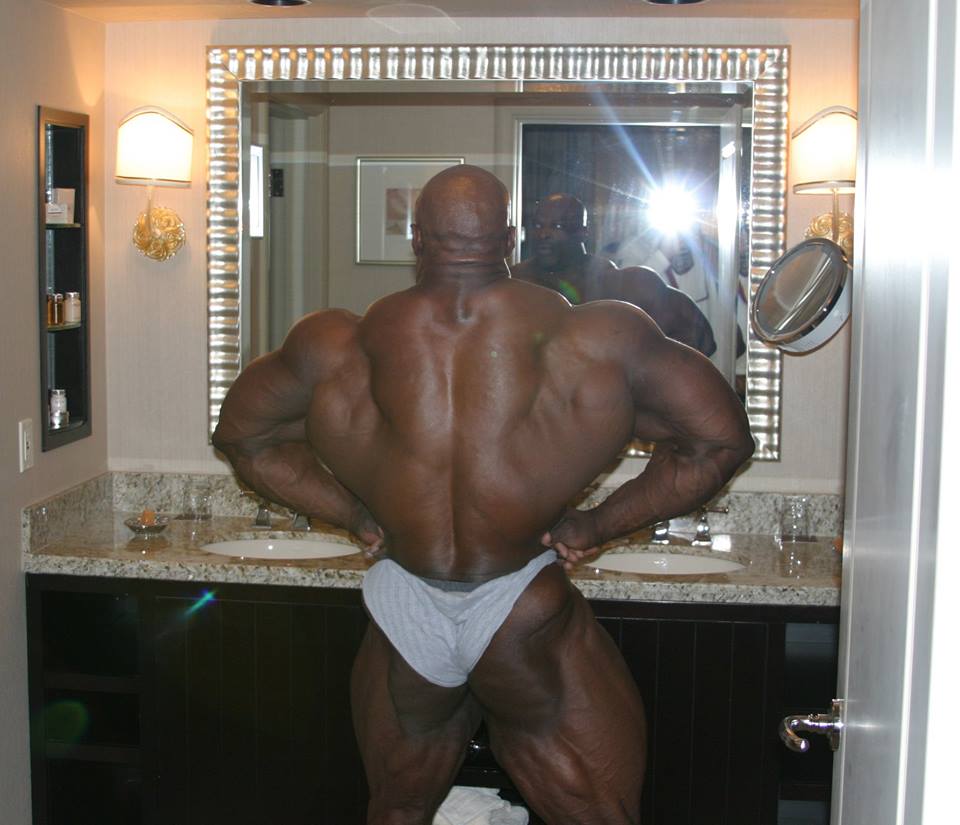