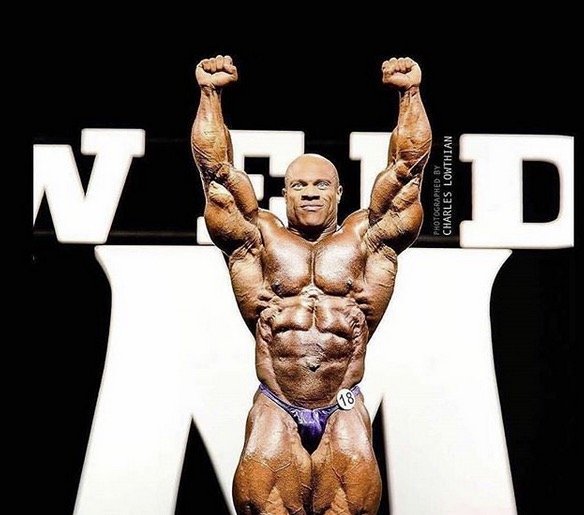 A few weeks ago, defending champion Phil Heath won his seventh Mr. Olympia title. Phil Heath is one victory away from tying the record of Ronnie Coleman and Lee Haney.

Winning seven consecutive titles is no easy task, even the young bodybuilders will have wear and tear from years of grueling workouts. And everybody is human… even Phil Heath.

Immediately after winning his seventh Olympia title, Phil Heath had to have a delicate hernia operation and if it was not done, it could have been fatal.

Respect must be given to Phil for his courage to step on stage, he surely must have not been comfortable and to do something like this shows that he is the ultimate Olympia champion.

Taking nothing away from Phil Heath, after an operation like he went through, a normal person (not a professional athlete) needs sufficient time to recover from an operation like that and as well the worst part of all is they have to limit themselves from lifting heavy objects.

Phil Heath will surely need a good amount of rest.

Will Phil Heath taking a good amount of rest hinder his prep for the 2018 Mr. Olympia?

Is the door open for Big Ramy, William Bonac or Shawn Rhoden to take the title away from Phil? Will Dexter have another chance to win his second Olympia title?

It is still a bit early to talk about the 2018 Mr. Olympia as it is about a year away, but the news of Phil Heath having a multiple hernia operation, the speculation of who will win the next Olympia has already started to be discussed.

A bodybuilder having a slight muscle injury somehow works around the injury, but recovering from a major hernia operation will be difficult to get back in the gym immediately.

Phil Heath is under contract with another publishing company, so it is useless to try to get a comment from him about how he feels or his operation.

We wish Phil Heath a fast recovery and we hope to seem him on stage to try to win his eighth Olympia title.