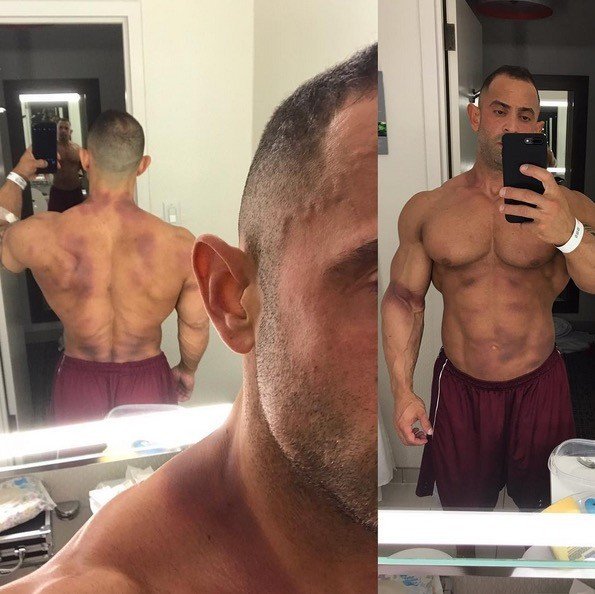 The 2017 edition of the  IFBB New York Pro had a fantastic line-up of bodybuilders fighting for the top prize at one of bodybuilding’s most prestigious contests.

Favorite Guy Cisternino made it out in the beginning of the show, but unfortunately he did not return to continue.

Not much news has come out from the show related the reasons why he pulled out, but it looks to be because of a skin problem he was having.

The Instagram account @this_is_bodybuilding has posted a photo of Guy Cisternino’s condition and explained what happened and what he is going through.

It seems the owner of the account, Michael D. Bryson has substantial information as he stated that Guy will keep him updated on his condition.

Until now, Guy Cisternino has not yet confirmed any of this on his official social media accounts.

This is what Michael D. Bryson had to say about the incident.

this_is_bodybuildingI was going to do this post tomorrow morning, but I am already seeing questions about what happened to @guycisternino today at the New York Pro.
These pix will shed a little light on the subject. These are recent pix of Guy showing what he has been going through for the past several days.
Clearly there is something severely wrong with his skin. The condition is very painful and the cause is unknown. He struggled with the decision as to whether or not to do the show…but Guy is a warrior, as we all know. He decided to do the show, but the tan and the oil on his skin became unbearable by the time Prejudging was over. This is how he described his pain to me: “Michael, imagine getting into a scalding hot shower with a really bad sunburn. Times that by 100!” The pain became so severe he went straight to the EMERGENCY room. Tests were done and it seems his organs are all functioning normally. But the skin is the largest organ of the body, and something is attacking Guy Cisternino’s. He will be seeing a specialist in a couple days to determine the cause. Some possibilities are Vasculitis, an auto immune disorder or some kind of vast bacteria infection.
Guy called me and we FaceTimed as he was heading home from the EMERGENCY room. He was very disappointed and distraught over the situation.
He will be keeping me in the loop, and I will fill you all in when more is known.
Until then I personally ask you all to do what I will be doing; keep Guy in your thoughts and send all the positive energy his way that you possibly can. This is a Champion who cares very much about this sport, and all of his fans. 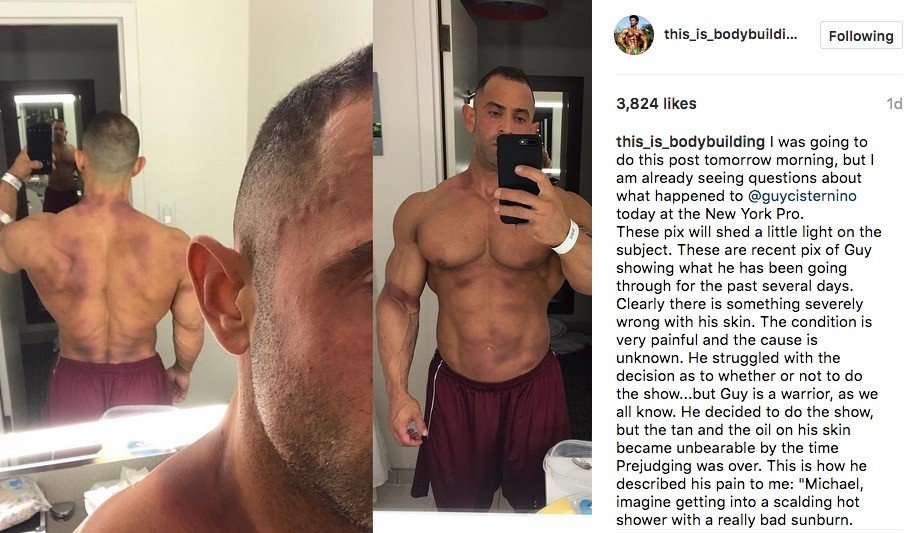 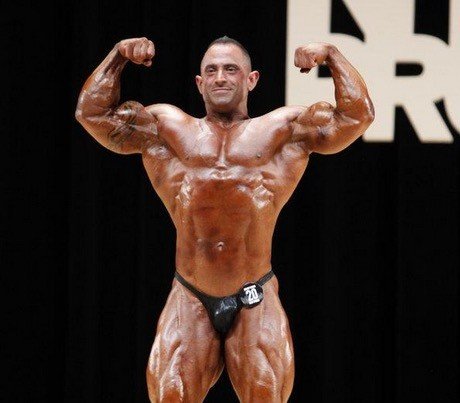