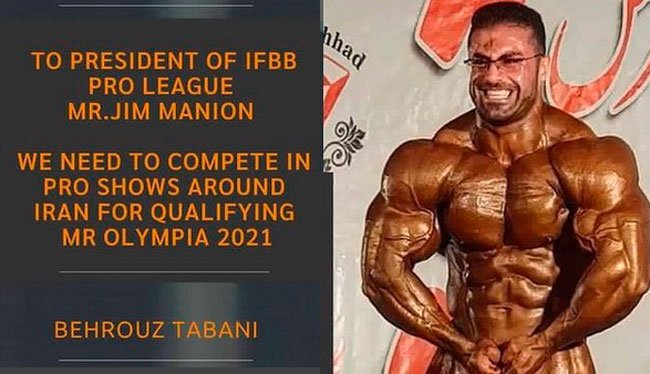 Bodybuilders from Iran have published an open letter to NPC/Pro League President Jim Manion, pleading for more opportunities to qualify for the Mr. Olympia.

The NPC/Pro League have been trying very hard to expand their Mr. Olympia qualifying events all over the world, to give more opportunities to qualification.

Contests in Europe have been increasing with international athletes having the opportunity to qualify for the NPC/Pro League’s biggest contest.

The same cannot be said for athletes living in Iran or nearby countries.

The very few opportunities to qualify for the Mr. Olympia is the reason that the Iranian bodybuilders published this letter.

The Iranian bodybuilders went so far to ask Jim Manion to organize the Mr. Olympia close to Iran.

Iran produces some fantastic athletes. Hadi Choopan is a great example of the quality of athletes can make it to the Olympia stage.

After the split between the IFBB and the NPC in 2017, the opportunities for Iranian bodybuilders to earn pro cards and qualify for the Mr. Olympia has declined.

The bodybuilding world must not forget that Hadi Choopan earned his NPC/Pro League card through the IFBB by winning the World Amateur Championships in 2015.

The author of the letter is Behrooz Tabani. Earning his NPC/Pro League card in 2016 by winning the IFBB World Amateur Championships, Behrooz is another product of the IFBB.

The IFBB/Elite Pro League still present numerous opportunities for Iranian bodybuilders to compete internationally. The IFBB World Amateur Championships are well knows for Iran to send a large group of bodybuilders to represent their country, with a very successful outcome on numerous occasions.

Regardless of other options and opportunities available through other federations, a number of athletes are only focused to step on the Olympia stage.

Mr. Jim Manion,
NPC & IFBB Professional League President
We are a team of professional athletes from Iran. We are writing this email to ask for your assistance to assist us in participating in the 2021 Mr. Olympia.
Because of the current political situation of Iran, we find it increasingly difficult to acquire visas to participate in competitions across Europe or The United States.
We would hereby like to request for arrangements to be made for the renowned Mr. Olympia competition to be held in countries which are more geographically close to Iran, so that we can compete alongside other reputable athletes. – Behrouz Tabani

Will the NPC/Pro League create more opportunities for these athletes in the near future?
Will Jim Manion reply to these athletes who desperately want to qualify for the Mr. Olympia?
We will have to wait and see if these and more questions are answered. 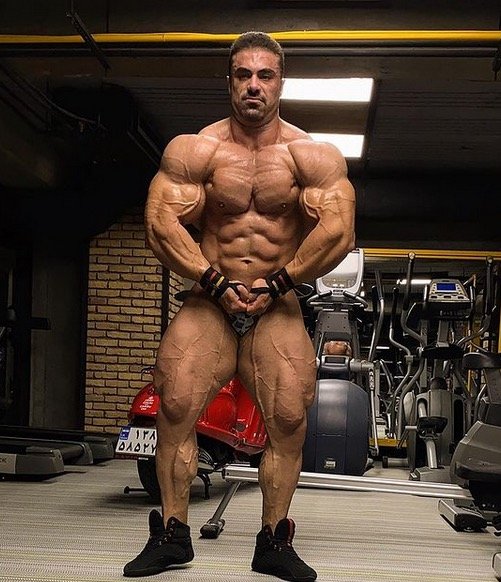