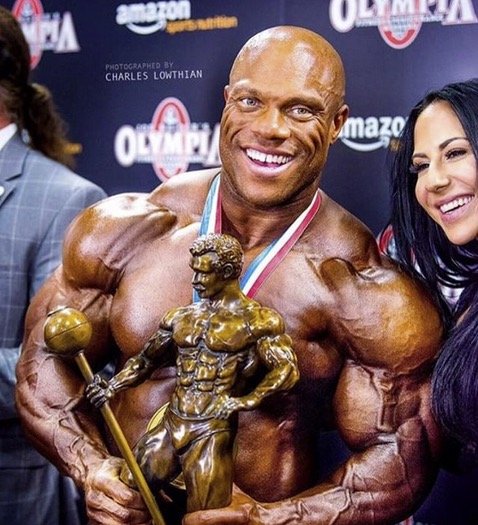 In the past week, the news of the new judging rules has been made public by the Olympia Weekend organizers.

Basically, the fans will have a chance to judge in the Mr. Olympia finals. If their winner is different than the one picked by the judging panel, their winner will be declared the ‘People’s Champ’.

At every Mr. Olympia that was organized, the fans always had their favorite athlete and some times it was not the winner, but this does not mean that athlete has to be given a prize.

In the past we had athletes such as Kevin Levrone, Shawn Ray, Flex Wheeler and in the modern era we have Kai Greene as People’s Champions. Jay Cutler was one as well, but he went on to win the Olympia four times.

Immediately after the news that the fans will be able to have a say in the judging of the Mr. Olympia, some of the biggest names in the industry have started a campaign to get Kai Greene back on the Olympia stage.

Kai Greene walked away from the Olympia stage after 2014 when he placed second to Phil Heath.

Kai controversially skipped the 2015 Mr. Olympia and as well when he was invited to participate at the 2017 Mr. Olympia, he refused as well.

Obviously the Olympia marketing team wanted Kai Greene back at all costs as he was Phil Heath’s biggest challenger for the title and that equals ticket sales as well.

The marketing campaign should be about Phil Heath winning his eighth Olympia title and maybe going on to break the record.

Now, some of the biggest names in the industry are using social media to try and convince Kai Greene to step back on the Olympia stage.

A name that stands out is Aaron Singerman. Aaron is a business partner with Kai Greene as he is involved with Kai’s supplement brand.

Aaron has every right to want Kai Greene back on the Olympia stage, as for one thing it will boost their brand, but as well as a fan, it is great for bodybuilding.

But it seems, a number of people are not realizing the Fans Vote will not affect the judges’ final decision. If the fans pick a different winner, that winner will be the ‘People Choice’ champion.

It is about time the Olympia marketing team put out a press release to explain how the new judging format will work. The only thing this is doing is revealing the lack of respect a number of people have for the reigning champion and 7X Mr. Olympia winner, Phil Heath.

Phil Heath has been quiet about all this, and he is right to do so, as the real champion will be judged by the official judges and not the fans.

How can a fan sitting all the way at the back of the auditorium have a say on who wins? Even if you are a few rows back, its hard to judge. Some fans have no idea how to judge a bodybuilding show. How can the Olympia official and organizers leave such a important decision to the fans?

The Olympia organizers have tried many new marketing campaigns in recent years to boost the shows popularity. First Kevin Levrone and Flex Wheeler were invited back. This was a great decision as the younger generation were able to witness two legends of the sport. But now, letting the fans judge is just lack of respect towards the winner.

Does Big Ramy, William Bonac and Dexter Jackson want to be called the ‘People’s Choice’ winner? We highly doubt it!!

The marketing campaign should be about Phil Heath winning his eighth Olympia title and maybe going on to break the record.

Could it be that the Olympia organizers do not want Phil Heath to surpass the Olympia record?

Phil Heath is a bit rough sometimes when it comes to promoting himself, but so was Dorian Yates. Not everybody has the personality of Lee Haney or Ronnie Coleman.

Phil Heath is the ultimate bodybuilder at the moment in the IFBB Pro League and it seems not only to his competitors want him beat but also elements from the outside.

Let the judges do their job and pick the ultimate winner. The ‘People’s Choice’ title has no worth to it.

In a recent article on flexonline.com, already William Bonac, Big Ramy and Dexter Jackson have been picked to possibly win the ‘People’s Choice Award’. This already shows that the IFBB Pro League has their eyes set on other bodybuilders other than Phil Heath.

Does Big Ramy, William Bonac and Dexter Jackson want to be called the ‘People’s Choice’ winner? We highly doubt it!!

Will the ‘People’s Choice’ winner get prize money as well? No indication of how much the prize money will be has been published yet.

Its great to see history being made and why not see Phil Heath lift the title for the eighth, ninth and tenth time. All the negativity that has been exposed in recent weeks is just ridiculous.

As well, if for some reason Phil Heath does not win the title, the same respect has to be shown to the new winner.

One of the main factors that everybody is forgetting is that Kai Greene has to qualify for the 2018 Mr. Olympia. As well, if he does qualify, he will not have an easy time reaching the top three with the quality of bodybuilders competing.

To conclude, again we will say it, the “People’s Choice’ winner is a joke and it is just turning what was once a prestigious contest into a farce that has no respect towards the real winner!! 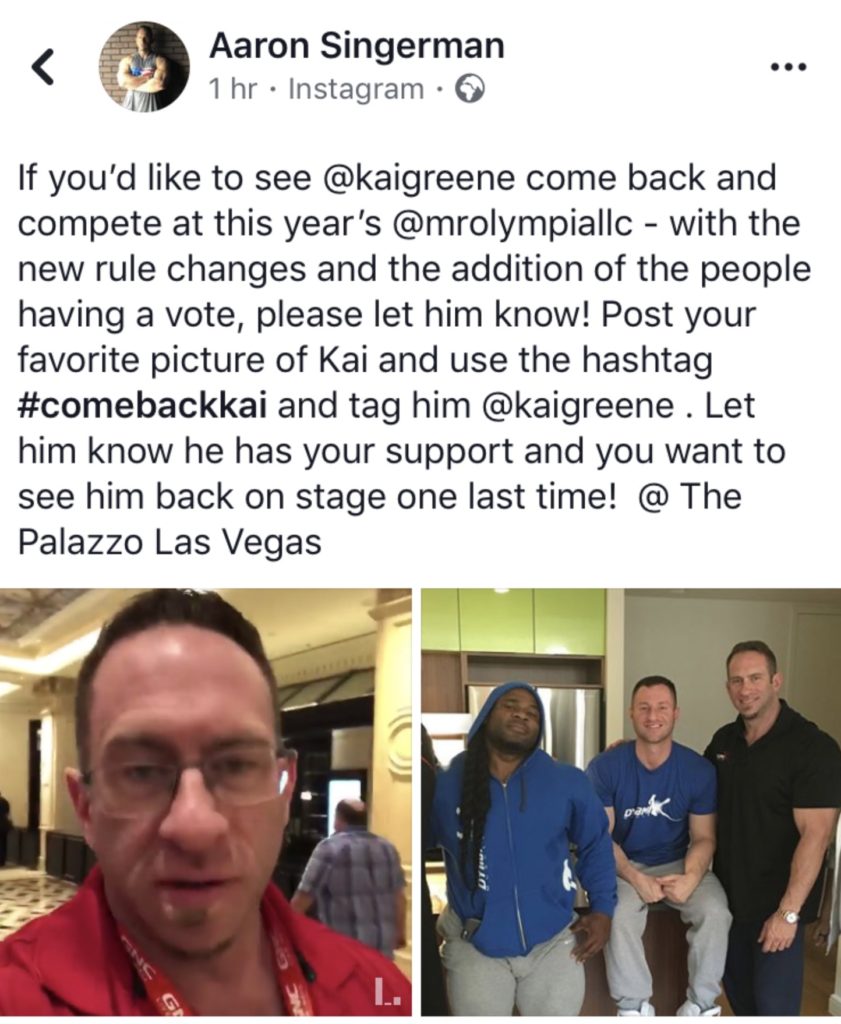 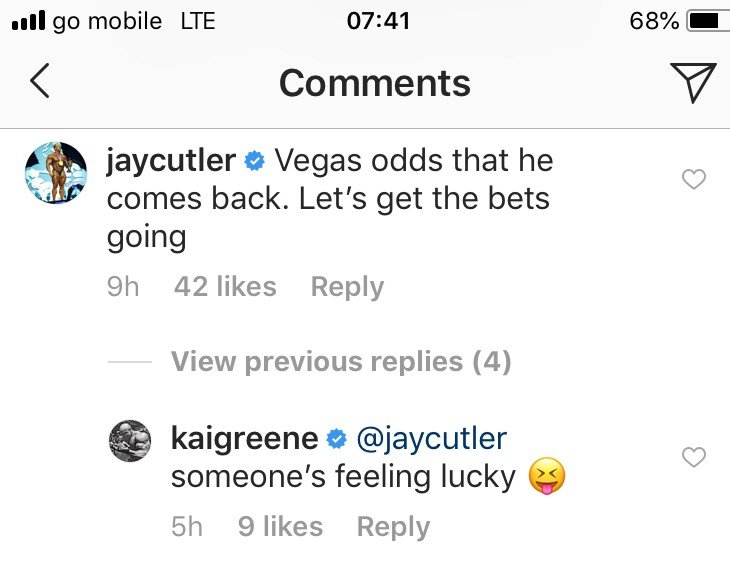 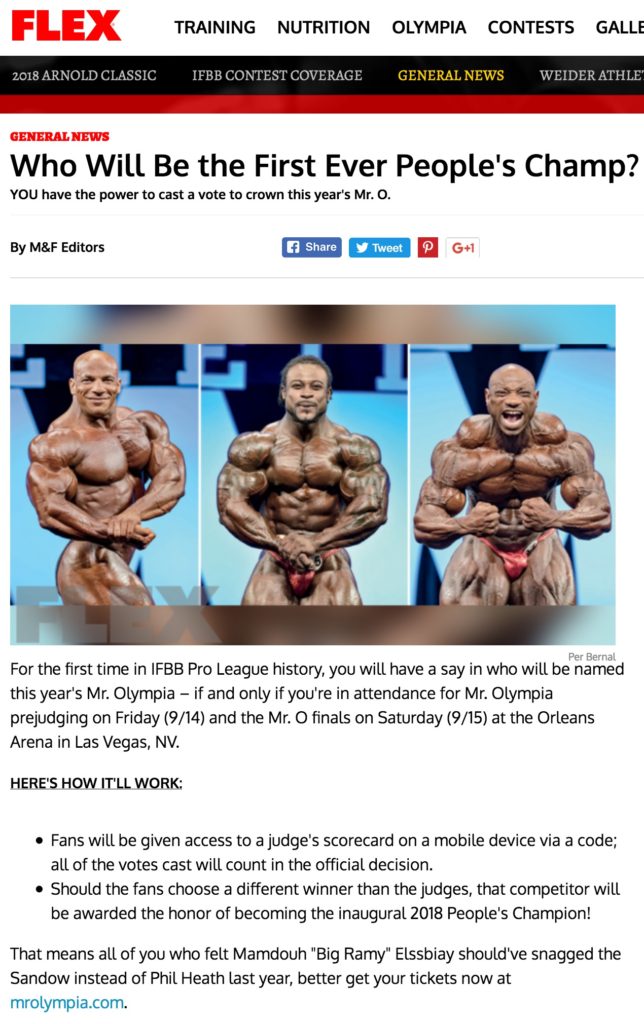 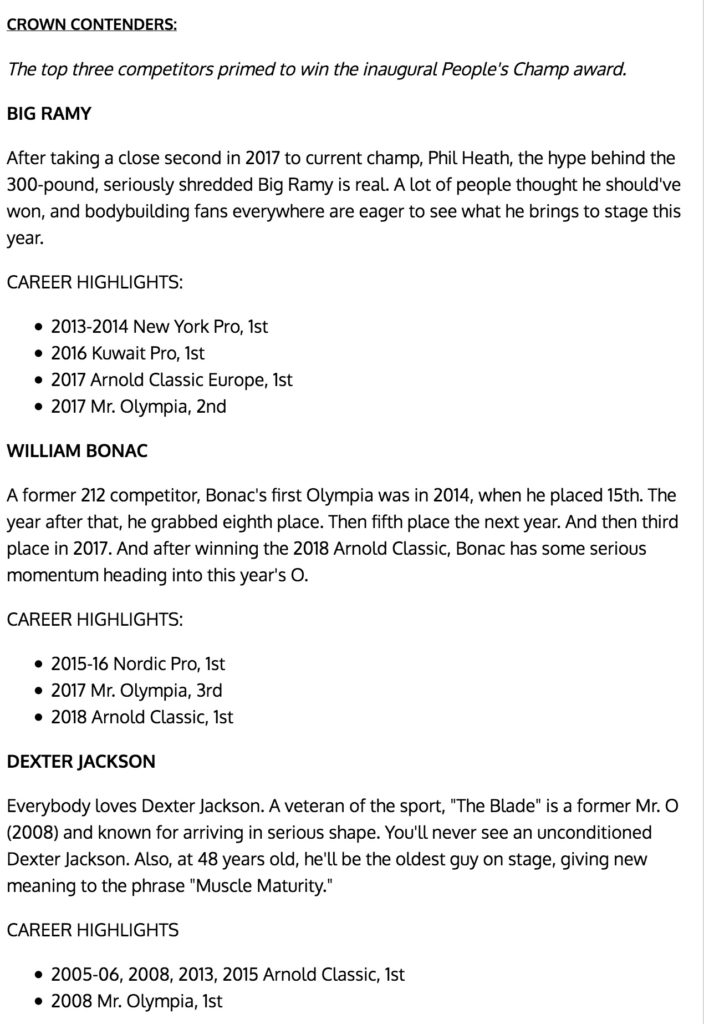