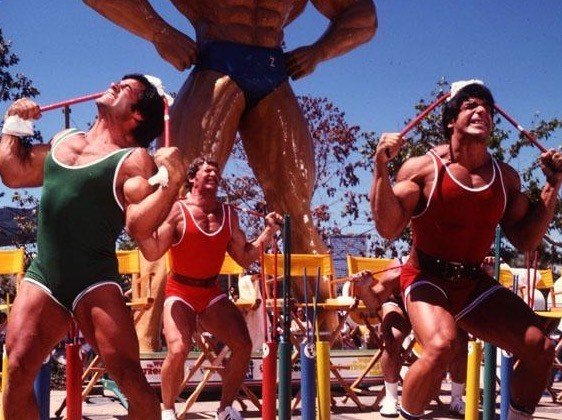 Way back in 1977, bodybuilders were not only training to be on stage, but they used their strength for other sport events such as the World’s Strongest man.

Retired bodybuilder Johnnie O. Jackson would have fit in well in that era.

In this event, Lou Ferrigno and Franco Columbu, still at their prime competed with some of the stongest men in the world to win the top prize.

Over the years, we all have heard about Franco Columbu suffering a horrific knee injury, well it was at this event when it happened. He dislocated his knee during the Fridge race. It kept Franco out of action for over 3 years. He managed to recover in time for the controversial 1981 Mr. Olympia.

Lou Ferrigno managed to finish in fourth place while Franco had to settle for fifth after his injury.

1977 World’s Strongest Man with Lou Ferrigno and Franco Columbu from Evolution of Bodybuilding on Vimeo.