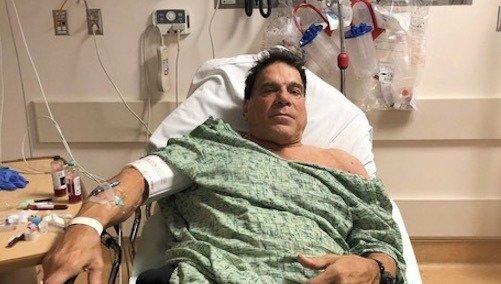 Lou Ferrigno ‘The Hulk’ is not invincible to anything as he found out earlier this week.

The bodybuilding legend ended up in the hospital after a regular pneumonia vaccination went wrong.

Lou Ferrigno, 67, shared the news to his social media accounts last Wednesday (12 December, 2018), revealing that he ended up in the hospital after he was allegedly incorrectly administered a pneumonia vaccine.

“Went in for a pneumonia shot and landed up here with fluid in my bicep,” he tweeted alongside a photo of himself lying in a hospital gown with IVs in his arm.

“I’ll be ok but it’s important that you keep an eye on who’s giving the shot and make sure they not only swab the spot correctly but that you watch the needle come out of the package,” he advised.

The good news is that big Lou did not spend a lot of time in the hospital as he was present for an event just a day later. 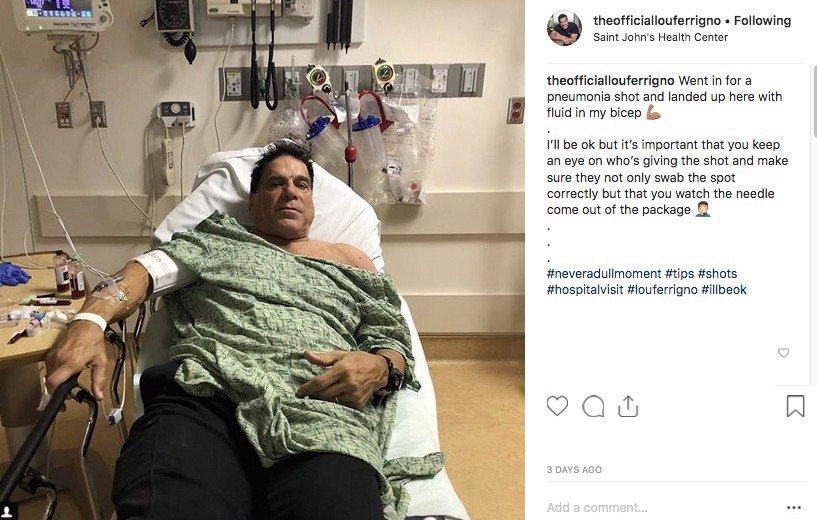