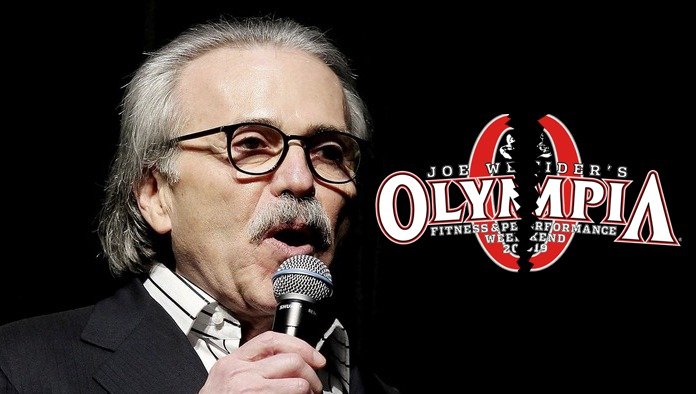 The future does not look so good for the Olympia Weekend.

The Olympia Weekend, the biggest bodybuilding competition in the world has not been the same since it was run by the creators Joe and Ben Weider.

The Olympia brand was taken over by American Media Inc. (AMI) in September 2017, when they became full owners of the brand and contest after striking a deal with Pro League President Jim Manion and the son of Ben Weider, Eric Weider.

When the Olympia was run under the watchful eye of the Weider brothers, it was a competition run by two brothers that were passionate about the sport of bodybuilding. They loved every minute of it and did whatever it took to make it better.

Fast forward to 2018, we are in the second year of the Olympia Weekend being run under David Pecker, the owner of AMI.

AMI, being a publishing company, do not have any real ties with bodybuilding and fitness other than owning Muscle & Fitness and as well the once popular Flex Magazine. Flex magazine ended up becoming a small feature inside Muscle & Fitness.

Prize money has went up significantly in recent years at the Olympia and as well stars such as Dwayne ‘The Rock’ Johnson were involved in the events.

Seeing this from the outside, it looks fantastic, but in recent months major events that can destroy the image of the Olympia Weekend have been occurring.

In recent weeks, David Pecker’s AMI have been in the spotlight due to major debt and as well political controversy.

It was confirmed that AMI paid $150,000 to former Playboy model Karen McDougal to keep her from spilling her story about her alleged year-long fling with Trump years earlier before elected President of the USA.

David Pecker admitted to these allegations.

The admission came as federal prosecutors announced Wednesday (12 December, 2018) that they would not prosecute the company, American Media Inc. (AMI), for its role in a scheme to tilt the presidential race in favor of Trump. In the agreement, AMI said it would cooperate with prosecutors and admitted it paid $150,000 to Karen McDougal before the 2016 election to silence her allegations of an affair with Trump.

The deal signaled the unraveling of the deep relationship Trump and AMI chief executive David Pecker had forged over decades. The deal also made clear that Pecker, whose tabloid strongly supported Trump’s candidacy, has turned on the president according to The Washington Post.

If this controversy was not enough for AMI, In late November 2018, it was reported that AMI where trying to refinance their debt for the second time in four months.

As well in recent weeks it was revealed that former owner of Digital Muscle, Dan Solomon has been appointed Vice President and Chief Officer of the Olympia.

As Dan Solomon is more than capable to handle this massive job, many questions been asked about the situation of Robin Chang.

Before Dan Solomon was given a high-ranking position with AMI, Robin Chang practically ran the show when it came to the Olympia and related events.

From start to finish, Robin Chang was the man on top of things.

In the press release informing the bodybuilding and fitness world of Dan Solomon’s appointment, it was indicated the Robin Chang will be working with AMI for the 2019 Olympia Weekend.

Not stating what will happen after 2019, AMI fail to indicate what the fate of Robin Chang will be.

It looks as Robin Chang is slowly becoming the man to head NPC’s international campaign. Referring to it as NPC Global, Robin Chang is trying to expand the NPC internationally. Definitely a hard task awaits Robin as the IFBB has the majority of support all over the world with over 196 affiliated nations and numerous contests every weekend.

When the NPC where suspended by the IFBB at the end of 2017, the NPC have been trying everything to try to make a impact internationally, but as it looks, this was not a great success.

The NPC have had a large number of Pro League qualifiers in 2018 all over the world, but a majority of them have had very low turnouts of athletes and spectators.

Handing out close to 1000 Pro League cards in the past year still has not convinced athletes to compete with the NPC internationally.

Regarding the 2018 Olympia Weekend, creating the ‘People’s Champ’ award was a sign of disrespect to 7X Olympia Winner Phil Heath. The focus of the show was totally turned away from him.

Phil Heath confirmed this in a recent interview stating he believes he was pushed aside in the lead up to the 2018 Olympia Weekend.

Read More: Phil Heath believes he was pushed aside in lead up to 2018 Mr. Olympia.

Did Robin Chang see a bleak future and jump ship?

Did David Pecker and Robin Chang clash about certain decisions regarding the future of the Olympia?

Is the Olympia Weekend a financial burden for AMI?

These are questions that many people have been asking.

Also the venue of the Olympia Weekend could be moved in 2020. It was reported by Dave Palumbo on Heavy Muscle Radio that the location of the event could be moved back to Mandalay Bay, Vegas.

How does the future look for the Olympia Weekend? After political controversy, major financial debt and as well changes in management, it looks as it will be a tough one. 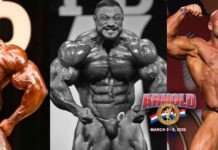