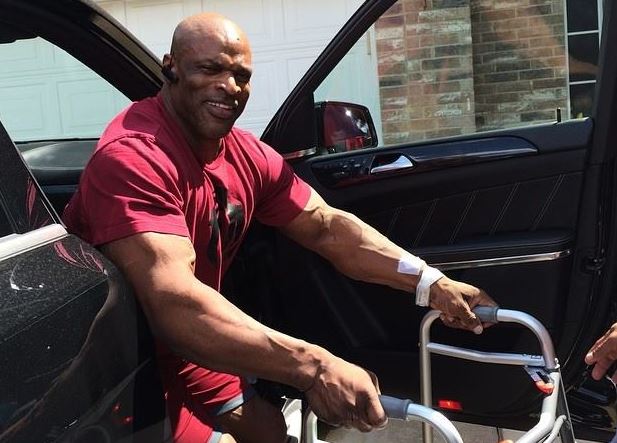 After ten surgeries to correct some major back injuries, Ronnie has admitted that his last three surgeries have not went well.

He feels that the surgeon that he had in his last three surgeries did nothing right and because of this he might not be able to walk freely again for the rest of his life.

Ronnie believes that if the surgeons did their job right, he would have been walking a long time ago.

Not only has these surgeries left Ronnie living uncomfortably but it has also crippled him financially.

In the interview, Coleman explains that he spent over $2 million on his last three surgeries and sometimes he thinks these surgeons just wanted to take his money.

The fee would of been worth it if Ronnie was able to get his life back to normal, but unfortunately it has not turned out this way.

We wish Ronnie all the best and we believe he will surely fight through this.