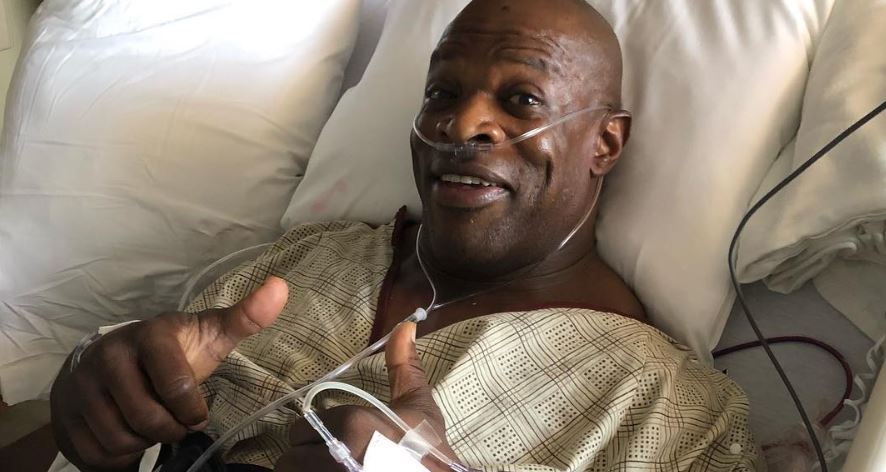 Ronnie Coleman is not only the 8X Mr. Olympia champion but he has most probably become the bodybuilder that has had operations in recent times.

Just the other day, Ronnie posted a message on his official Instagram page that he is going in for his tenth back operation to arrange some screws that broke.

Immediately after his surgery, the legendary bodybuilder kept all his fans up-to-date with another post.

Ronnie looked to be in good spirits after the surgery, but he did admit he was on some heavy medication to reduce the pain.

ronniecoleman8 Just wanted everybody to know that the surgery was a huge success. Have a scar from my ass all the way up to my ribs. Will be in the hospital all weekend though to control this massive pain. As usual can’t wait to get out, looks like I may be going back to rehab but prayerfully home. The look on my face this time is from the happy pain medication.

All of us at Evolutionofbodybuilding.net wish Ronnie a speedy recovery 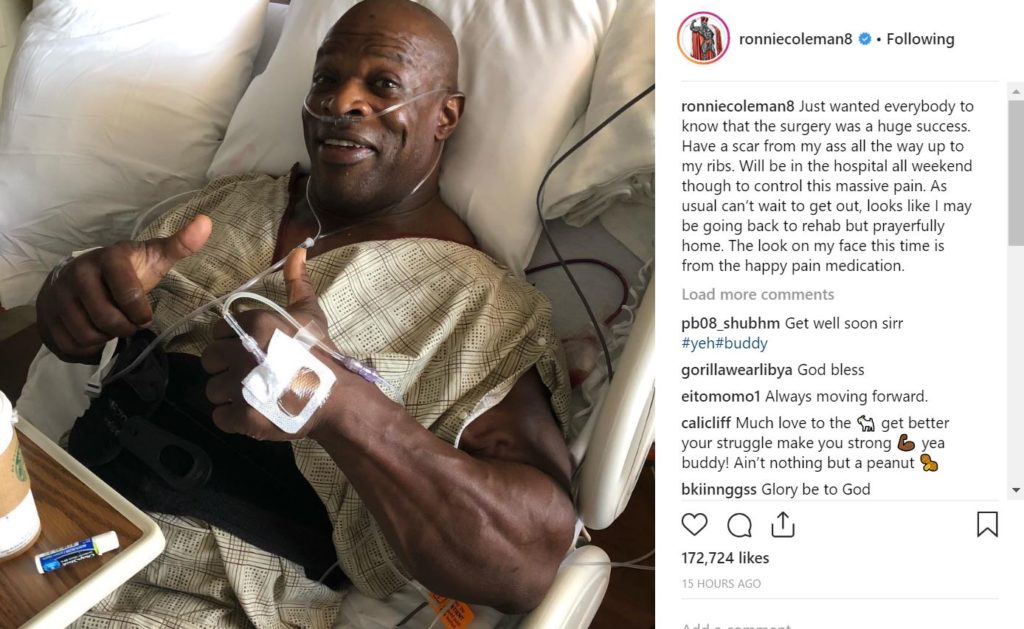