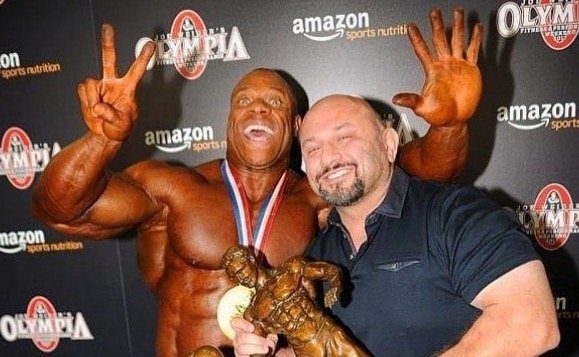 “Phil Heath has unfinished business and Hadi will be back” – Hany Rambod.

Unless you have been hiding under a rock, you surely have heard the news that 7X Mr. Olympia Phil Heath is returning to the Mr. Olympia stage this December.

Phil is going into the show with the theme/motto “Unfinished Business”.

It is “Unfinished Business” for Phil Heath.

His trainer Hany Rambod has also emphasized this phrase in his latest video on his official Instagram page promoting not only Phil but two more great athletes.

Andrei Lincan will be a definite hit in the Men’s Physique class. His aesthetic physique will surely cause problems to the reigning champion Raymont Edmonds.

Getting back to the Mr. Olympia, it must be a nightmare situation for Hany Rambod, the coach that has 19 Olympia titles under his belt.

This man has to prove to Phil and Hadi that they are the best and they can win the title!! What a crazy situation.

Hany is a true professional and he will surely handle both athletes fairly. Of course, a different approach must be used when motivating the Phil and Hadi.

The situation is totally different for Phil compared to Hadi.

In one corner, we have Phil Heath, who on any given day, if he is on point, he can beat anybody next to him. Phil did skip 2019, not because he could not get ready, but he had to have surgery and as well he went on to collaborate with mega promoters and film makers Dwayne “The Rock” Johnson and Dany Garcia.

Surely it was worth the time away from the stage for Phil Heath. But leading up to 2020, photos and video’s emerging online started to indicate Phil was not just training to keep fit.

Phil was looking like a 7X Mr. Olympia, ready to do battle, till finally he decided to take care of unfinished business and get his title back this December.

In the other corner we have Hadi Choopan. This man had to go through hell to arrive in the USA due to travel bans. All this plus contest prep would make any other athlete just quit.

Hadi Choopan soaked up all the pressure and stepped on stage to place third at the 2019 Mr. Olympia, behind William Bonac and Brandon Curry. Some even believe that Hadi should have actually won the show.

Seeing Hadi Choopan and Flex Lewis on the same stage again will be fantastic. The last time these two competed against each other was in the 212 Division. As Flex always edged past Hadi, there were a number of occasions when Hadi could have been declared the winner.

With no weight limits keeping Flex and Hadi back as in the 212 Division, it will be all out war.

Taking nothing away from Brandon Curry, he is the defending champion and respect must be given. He is a great Olympia ambassador and has done great things in difficult times, but the 2020 Mr. Olympia will be a open battle.

2020 will see Phil Heath take to the stage next to Flex Lewis, Dexter Jackson and Brandon Curry, four Olympia title holders, anything can happen.

To add to the excitement, we have Hadi Choopan and William Bonac in the mix.

As it looks Shawn Rhoden will miss another year due to legal issues.

So when Hany Rambod says Phil Heath has “Unfinished Business” we must take him seriously as a coach such as Rambod will not put his reputation on the line at such a massive event.

It's time to handle some #UnfinishedBusiness. See you at @MrOlympiaLLC this December. Link in bio. #TheOlympia

not where i wanna be.. but we working