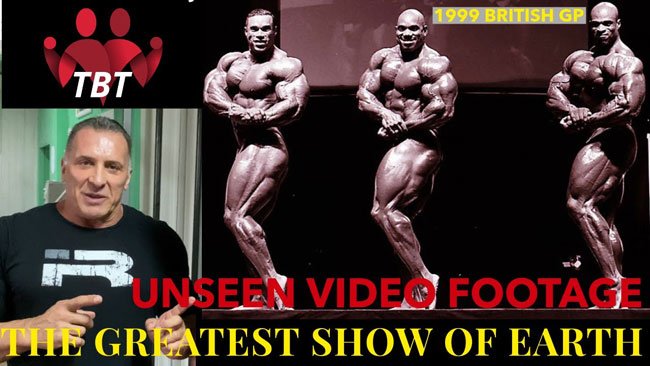 Bodybuilding legend Milos Sarcev competed with the greatest bodybuilders to ever grace the bodybuilding stage.

Throughout his long competitive bodybuilding career, one contest stands out above the rest, the 1999 British Grand Prix, what many refer to as the “The Greatest Show On Earth.”

The bodybuilding world witnessed the three greatest bodybuilders ever compete against each other at their best, Kevin Levrone, Ronnie Coleman and Flex Wheeler.

Milos Sarcev treats us to never before seen footage of the 1999 British Grand Prix that was recorded by Ronnie Coleman’s girlfriend at the time, Vicky Gates.

At the beginning of the video, Milos, who is also a fantastic bodybuilding historian, gives a detailed description of what happened on that evening and also the build up to that event.

While Milos is praising the top bodybuilders, we must congratulate him for placing fifth at such a fantastic event that only comes once in a lifetime.