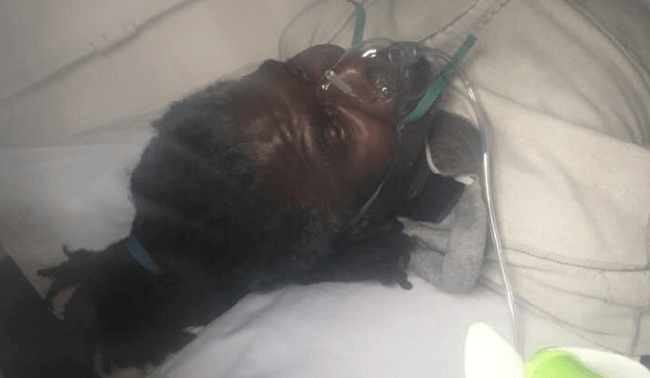 “I have no fear of death” – Robby Robinson

A new update from Robby Robinson himself as he battles a horrible disease in hospital.

Bodybuilding legend Robby Robinson is one of the greatest bodybuilders to have ever graced the bodybuilding stage. From sharing the same stage with Arnold and for many years afterwards, he is one of the best to ever step on the stage.

At the age of 73, Robby is still very active at Gold’s Gym Venice and still looks fantastic. From personal training to still guest posing, he continues to be a motivator in the sport.

It has not been a good week for the Black Prince. Robby ended up in hospital suffering from Sickle cell Anemia. He has been suffering from this his entire life, and it is the same disease that took the life of his father.

“I have no fear of death” – Robby Robinson

In a recent post by Robby Robinson while in hospital, he explains his illness in great detail, below is his message exactly as posted by the bodybuilding legend:

SICKLE / CELL- Hemoglobin is not like normal Hemoglobins . The mutations. In the gene cause a problem when oxygen levels in The blood are low , which OCCURS once hemoglobin has delivered oxygen to the CELLS in the BODY’S tissue. The lack of oxygen in tissue can cause ATTACKS of sudden, severe pain,? called pain CRISES. (You have no idea ).. ANY and all major organs are effected by sickle cell SICKLE CELL DISEASE. The LIVER, HEART-KIDNEYS, GALLBLADDER, EYES, BONES and JOINTS can suffer DAMAGE FROM THE abnormal function Of the sickle cells and their inability to flow through THE SMALL BLOOD VESSELS CORRECTLY. Sickle cell can cause HEART FAILURE.. the stress to the heart can cause A STROKE. THE BLOOD TYPES that inherit the sickle cell gene D,E,O HEMOGLOBINS is a protein that allows red blood cells to carry oxygen to all PARTS OF The BODY. THIS is A DEATH WISH. THERE IS Nothing YOU CAN Do ABOUT IT. Mr lifestyle lives healthy / FIT .. I HAVE NO FEAR OF DEATH. LIFE’S SHORT ..,LIVE Yours PASSIONATELY.  – ROBBY ROBINSON

This is not something to be taken lightly and Robby needs our prayers. This terrible disease can take him at anytime.

Robby is a fighter and we are sure he will get through this.

We support Robby 100% as he has supported www.evolutionofbodybuilding.net on many occasions with his personal messages to us.

Robby’s close friend Chad Schaive created a GoFundMe account for donations as it has been reported Robby does not have health insurance. They have exceeded their target of $7,000 are at over $10,000 at the time of publishing this article.

“My Good Friend and Fitness Legend Robby Robinson has been fighting Sickle cell Anemia his whole life. Currently at 73 he is at his toughest stage of the battle. Robby is having to undergo many medical procedures and blood transfusions. During this he is unable to continue his work as a Personal Trainer and Speaker. To help with the cost of his ongoing medical fight he is currently taking donations. I want to help him get well so he can keep helping other.” Chad Schaive.

Robby is in our prayers and we hope to see him back at Gold’s Gym soon with his family.

Donations can be made by clicking HERE or on the image below.

We did our small part… 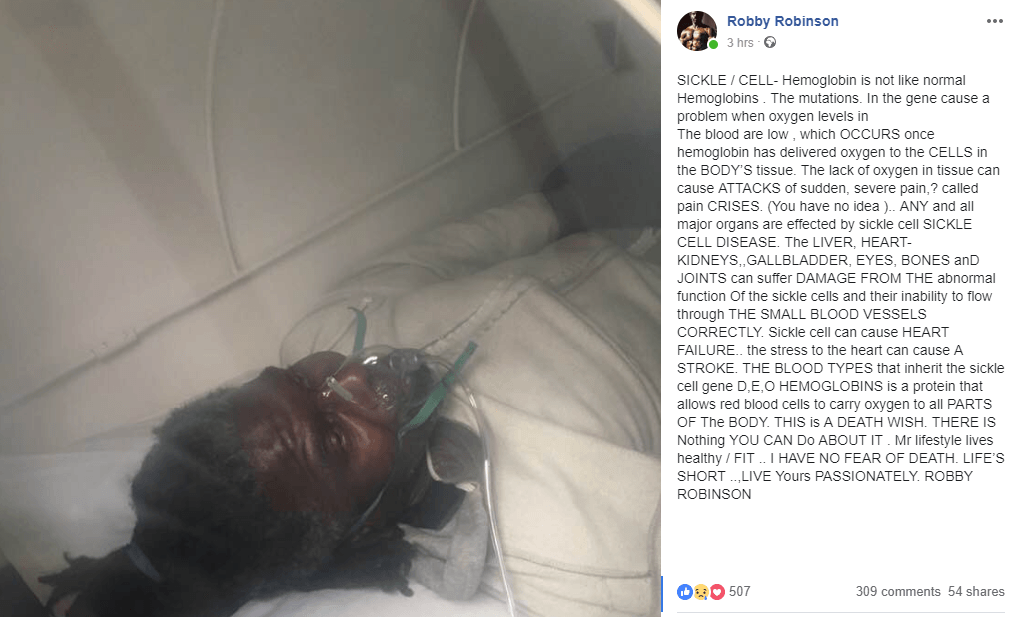 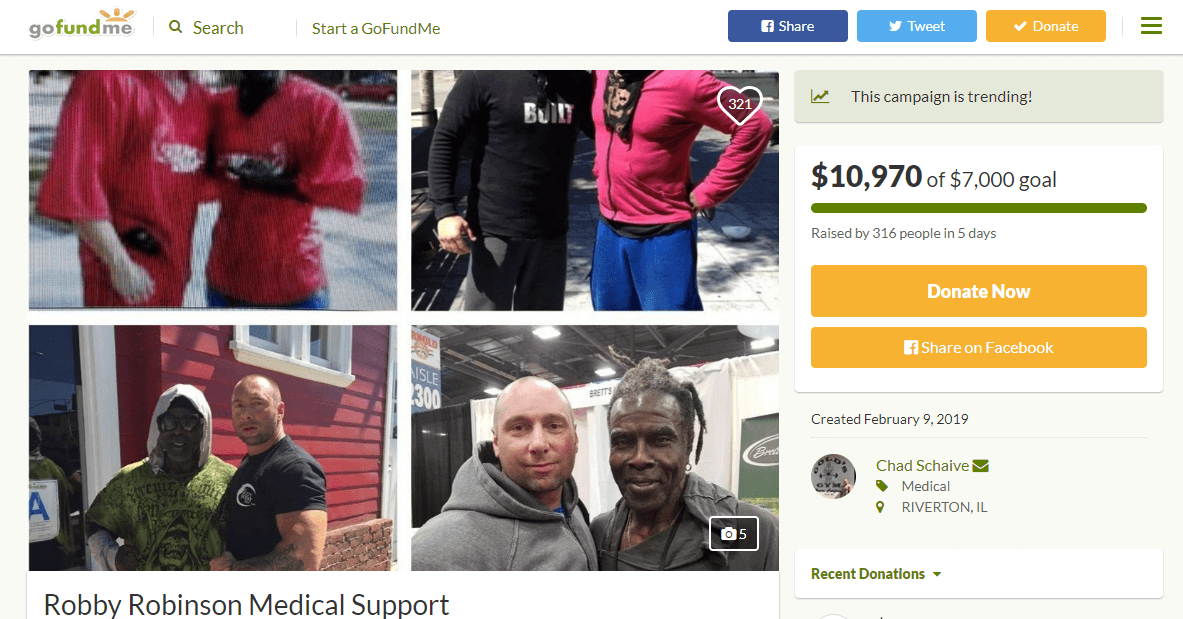 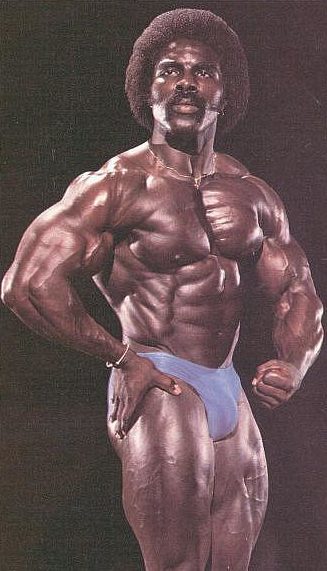