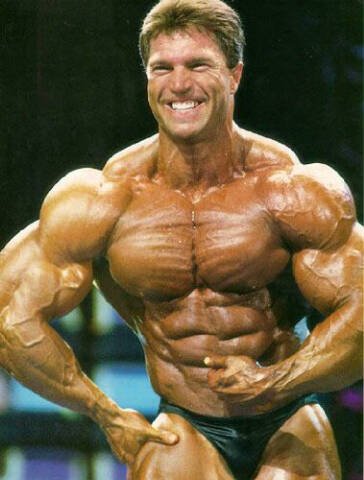 Gary Strydom talks about the controversies leading up to the 1988 Mr Olympia.

IFBB Pro and WBF Champion Gary Strydom went to his official Facebook page to talk about the 1988 Mr. Olympia.

Gary is not very active on his social media, but for some reason he felt he needed to reveal some controversial points about the 1988 Mr. Olympia.

Gary Strydom reveals in his post that he suffered a shoulder injury and the IFBB Pro League, back then headed by Wayne DeMilia did not believe him.

According to Gary Strydom, Wayne DeMilia wanted to punish him and demanded he competes at the Chicago Pro, Gary had to get a top three placing to compete at the Olympia.

Strydom also revealed that due to low ticket sales for the 1988 Chicago Pro, the prize money was going to be reduced, and Gary threatened to abandon the contest, but the other athletes stayed in the competition. Gary then decided to compete.

Gary also reveals that another secret meeting was held and they made sure he placed second and that only the first place prize would be reduced.

Gary then talks about his condition for the 1988 Mr. Olympia. Since he continued dieting after the Chicago Pro show, Gary said that he arrived at the Olympia a little flat and depleted due to over dieting. Gary said that his back is the first thing to suffer when he is over trained and over dieting.

Gary ended up placing fifth at the 1988 Mr. Olympia.

For Gary, during the European Tour, he said everything changed. Tom Platz approached him about joining the new World Bodybuilding Federation.

Gary accepted immediately when he found out how much he would be getting paid by the WBF and the rest is history.

Gary Strydom 1988 olympia.webm from Evolution of Bodybuilding on Vimeo.