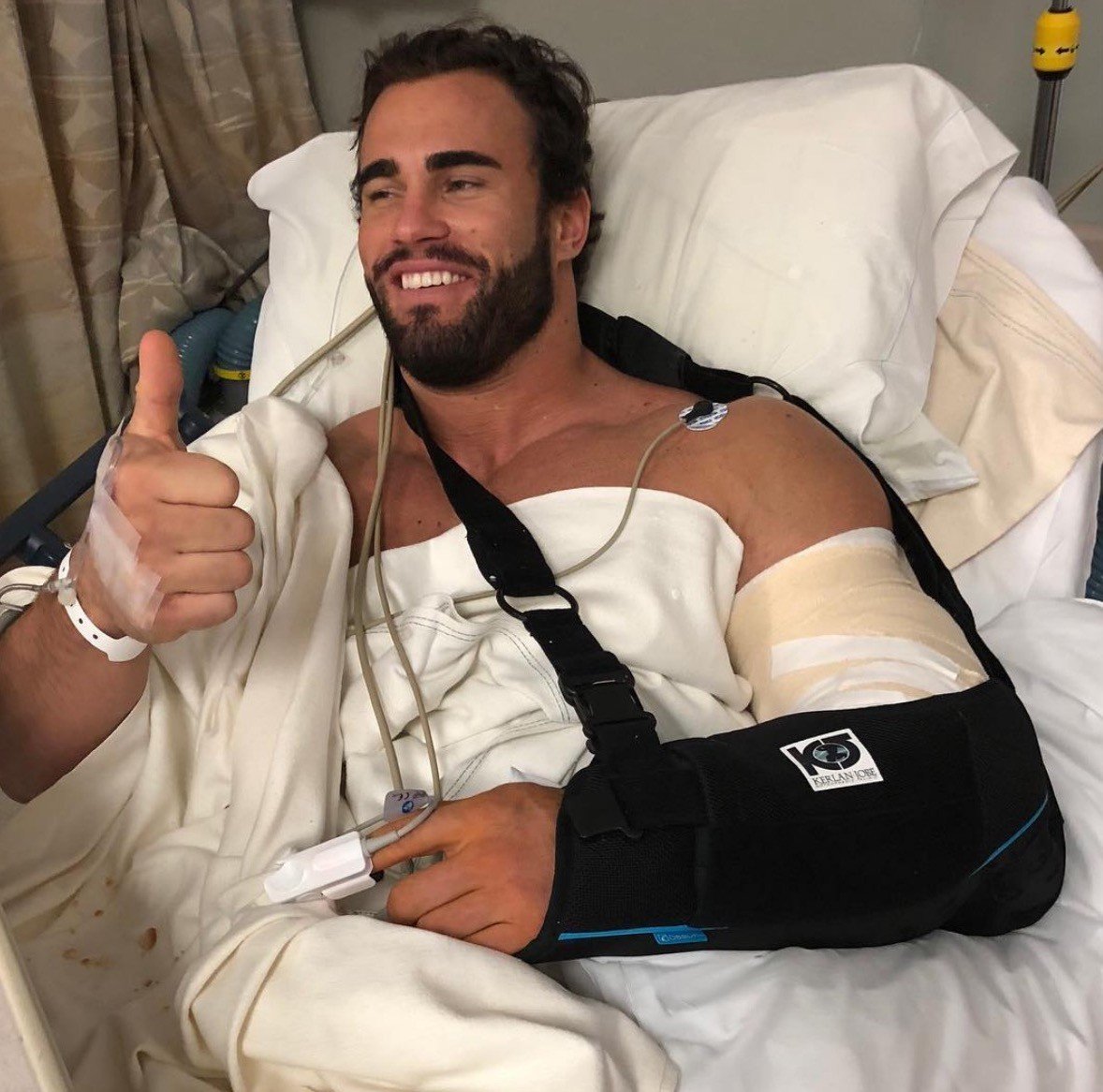 Calum von Moger is on the road to recovery after he had a successful operation on his bicep.

Calum suffered a bicep tear after he tried to curl 400lbs at the same time with IFBB Pro Chris Bumstead.

Calum has come under criticism as this injury could of been avoided. Even after his post on social media that the operation was a success, fans still posted comments venting their frustration.

Hopefully his bicep will be back to normal regarding strength and appearance. An injury like this is not something Calum needs when he is very close to becoming an IFBB Pro.

Calum confirmed on generationiron.com that in a month he will be back in the gym, but it will take up to 5 months to heal 100%.

Posting video’s for social media is a great tool for popularity and income, but if there is a chance of injury, it surely is not worth it.

This is what Calum Von Moger had to say after his operation:

Thanks to the doctor nurses and staff the surgery was a success. Also big thanks to all of you here for the ongoing support, love and prayers it means a lot. Thanks 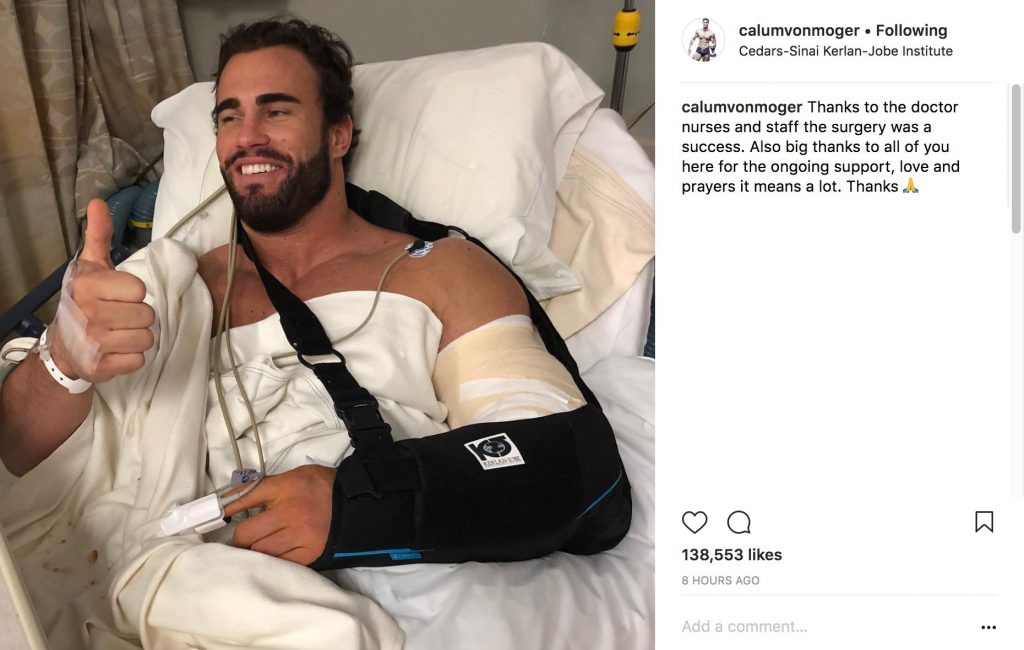