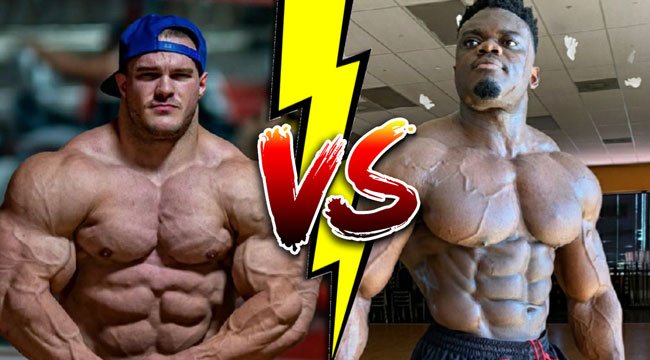 The bodybuilding world has been practically dead since the 2020 Olympia Weekend.

All the pro bodybuilders have been very quiet, relaxing and preparing for what looks to be another unpredictable season.

Finally, two of the biggest rising stars in bodybuilding have added some excitement to this sport.

Nick Walker and Blessing Awodibu are both looking forward to compete at the 2021 New York Pro that is taking place at the Marriott in Tampa, Florida.

Florida is the best location for this event since it does not have so many regulations in regards to Covid-19.

The 2021 New York Pro will be Nick Walker’s second pro show in his career after placing an impressive fourth place at the 2020 Chicago Pro.

On the other side of the table, Blessing Awodibu will be debuting as a pro for at the 2021 New York Pro.

It seems that the trash talk has already started between Nick and Blessing in the build up to the New York Pro.

At first, this started as a very friendly affair with both trading comments on a recent post by Nick Walker, but this would heat up just hours later.

Not long after, Nick published a video on on his Instragram Story saying “Blessing is not going to get a blessing the 2021 New York Pro.”

The comment made by Nick seems to have been taken lightly by Blessing, as he published a video with his friends and even Kai Greene laughing hysterically.

The first response was a video with Nick and Matt Jansen laughing at Blessing and brushing his aside.

In his second video, Nick published a MMA press conference, with their heads superimposed to continue ridiculing Blessing Awodibu.

With all the comments hurled at each other, the outcome will definitely be a more exiting New York Pro.

The past haunts Kai Greene

When Kai Greene was noticed taking part in the video made by Blessing to ridicule Nick, he did not get a very response from many watching the video.

A number of bodybuilding fans posted messages bringing up Kai Greene’s past and his infamous ‘Grapefruit’ video.

Kai Greene did not hide and responded in a very aggressive manner. (Read the comments at the end of this article). 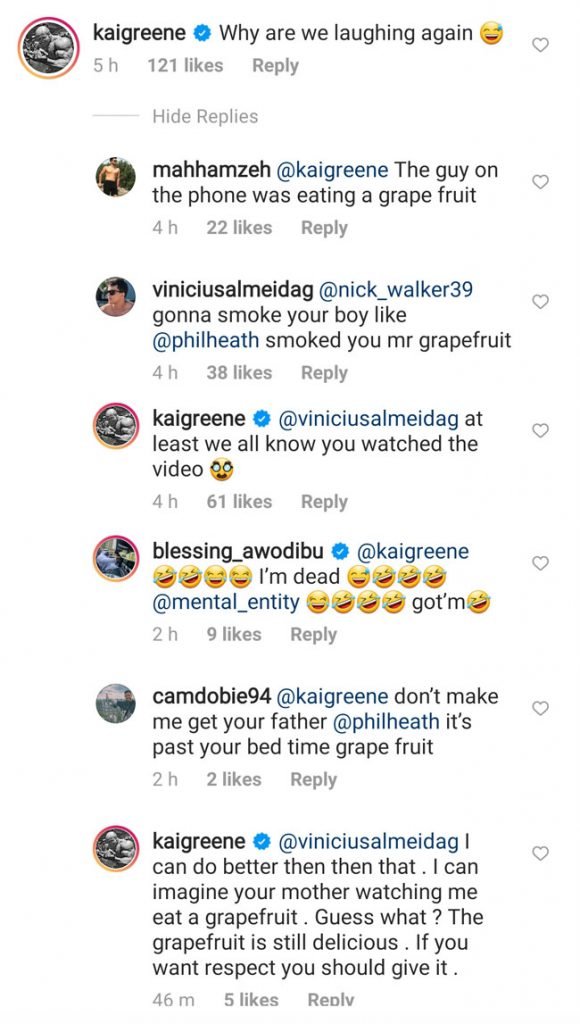