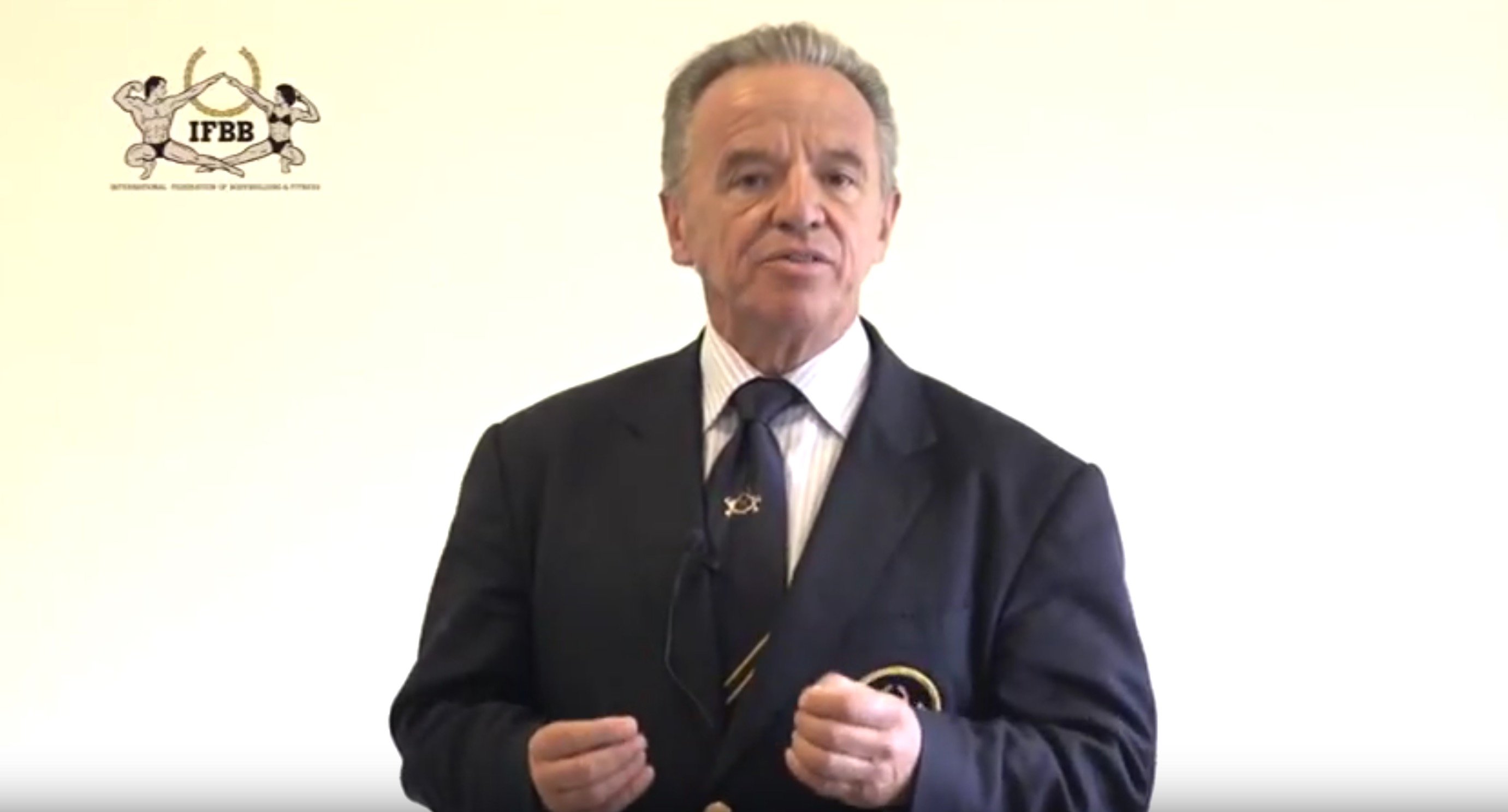 IFBB President Dr. Rafael Santonja has finally broke the silence and expressed his feelings on the split between the IFBB International and the IFBB Pro League/NPC.

In recent weeks, we have all been hearing the story from one side of the fence… we believe harsh comments have come from the IFBB Pro League and NPC regarding the split. A number of shocking posts have been written on social media by people who should of kept their mouth shut!

Dr. Santonja explained the IFBB International is the biggest bodybuilding federation in the world and as well that the IFBB is recognized by the Olympic Committee in America and also around the world.

Dr. Santonja went on to say that the IFBB works with rules, rules are part of a sport, without rules there is not sport. He also insisted that the The IFBB continues the legacy of Joe and Ben Weider and not a private business.

We believe this split has brought nothing but uncertainty to the sport. Athletes still are uncertain on who or where they are going to compete with.

Yes, the IFBB have always had strict rules, but this could be one of the reasons the level of bodybuilding in Europe and other related countries is at such a high level.

A number of athletes have won the IFBB Pro card, but decided to continue competing in world class competitions such as the European or World championships, where the best athletes in the world do battle for the ultimate prize.

It is easier for a European athlete to travel in Europe and compete at a number of shows compared to flying the the USA just for one Pro show.

To get a VISA to get into the USA has become a nightmare for a number of countries so competing their is totally out of the question… just as Hadi Choopan. The IFBB Elite Pro League will be the ideal choice for these athletes.

The NPC give out hundreds of IFBB Pro cards every year… where are these athletes? If they all had to compete on the pro stage, a show would have to be 2-3 days long just for the pre-judging. It has become too easy to win a IFBB Pro card… it used to be a special event seeing three or four pro cards given out yearly… now it is just ridiculous. A rule should be made to make a Pro card holder compete on a regular basis or once a year.

The saying “You win.. Your in” is starting to get boring from the side of the NPC.

Before the official announcement was made from the NPC that they cut ties with the IFBB, four NPC shows were announced for Europe by prominent figures in the sport showing that this split was already being planned.

We are not anti-IFBB Professional League, but hearing the story from one side was getting ridiculous.

Lets talk IFBB Pro League… the Mr. Olympia… Gyno!! Athletes that step on stage like that, should not even place. They should just be brushed aside.

The distended gut, it is getting ridiculous. The classic division will eventually rule the sport, as it brings bodybuilding back to its beginnings.

Legends of the sport have all expressed their concern on the matter… but it apparently has fallen on deaf ears.

Talking about Classic Bodybuilding, it was first launched with the IFBB International and the NPC then followed by introducing it, but with different posing trunks.

IFBB International athletes will not have to worry about lack of competition, as new competitions are being organized and prize money is increasing after each show. The IFBB Elite Pro League is going to grow month by month.

Yes, the IFBB Pro League have the Mr. Olympia… but that is not even theirs any more. It belongs 100% to AMI as they purchased the remaining shares from the IFBB. It is a entity controlled by businessmen that most probably have never lifted a weight in their lives.

To end this.. as I can go on forever… both sides have their positives and negatives… and after all this, the athlete is going to suffer.

We will continue to promote the sport and athletes and will not be bullied to take sides!