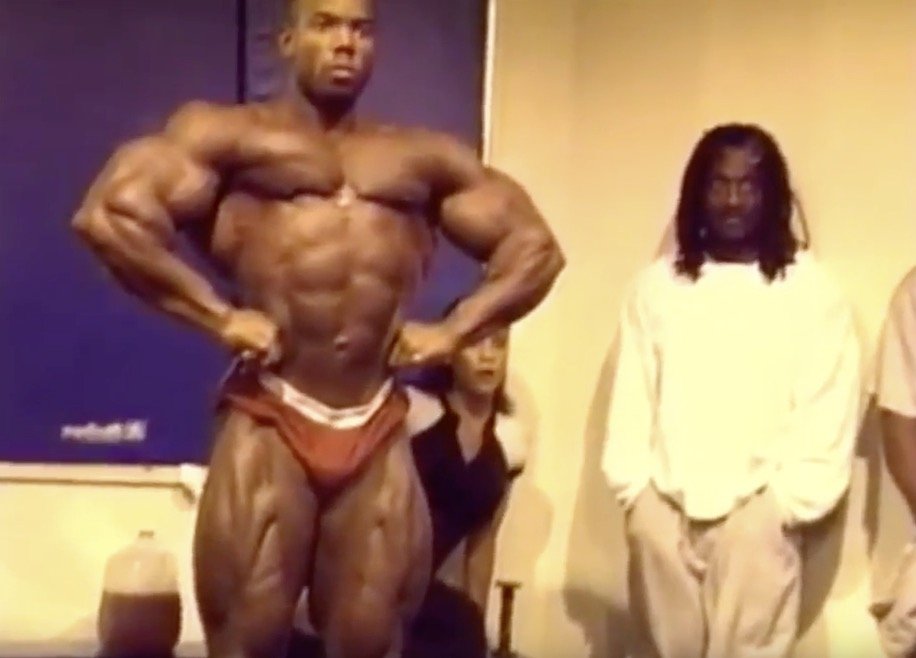 There have been a number of incidents and stories in the history of the Mr. Olympia competition, but one shocked the bodybuilding world in 1997.

Most of the new bodybuilding fans do not even know what bodybuilding was before Phil Heath and Jay Cutler. There is so much history in the sport and some of the best battles on the stage took place in the 1990’s.

This is one story that a number of bodybuilding fans would love to hear.

Flex Wheeler was on schedule with his training for the 1997 Mr. Olympia to challenge Dorian Yates for his Olympia title.

Then, 48 hours before the event, the number-one contender arrived at the host hotel with his left hand bandaged, claiming that six days prior he had been the victim of an unsuccessful carjacking.

According to Flex Wheeler, he was involved was in a carjacking incident and instead of just letting the carjackers take what they wanted, Flex took the decision to fight it out.

According to Flex supposedly, he knocked out a gun-wielding assailant, and a second foe came at him brandishing nunchakus. Wheeler, a martial artist, said he put down that man, too, but not before suffering wounds that would keep him out of the Mr. O.

After the incident, Flex said he tried to get back to his training but after some set-backs from medication and injuries, the IFBB Legend had to make the difficult decision to stay out of the 1997 Mr. Olympia.

Obviously, after this incident a number of rumors surfaced that Flex lied about this incident because he was not ready for the contest.

Some of the stories that emerged were that he punched the wall as he was not happy with his condition and was not ready to go up against Dorian Yates.

This story would be known as the ‘ninja story’.