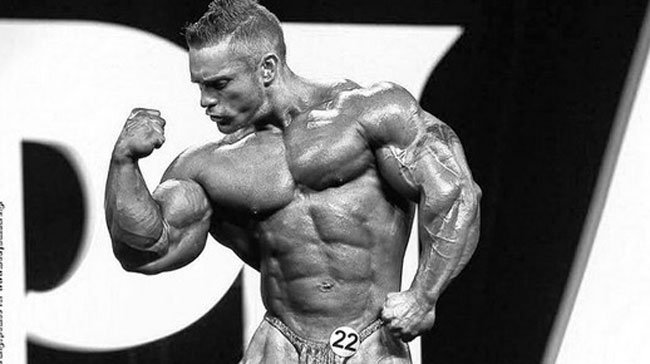 7X 212 Olympia winner Flex Lewis has decided to skip the 2021 Mr. Olympia. The champion bodybuilder was not pleased with the rumors about him in recent weeks.

Flex Lewis has nothing to prove in the sport of bodybuilding. He has seven 212 Olympia titles to his name amongst other prestigious titles.

Winning the Mr. Olympia title in the open division is another goal that Flex would like to achieve.

In 2020, Flex was ready to compete at the Mr. Olympia, thanks to a ‘Special Invite’, but he decided to withdraw from the competition to take care of some injuries.

The stem cell procedure was a success for Flex, healing the injuries that were interfering with his training.

The bodybuilding world was expecting another ‘Special Invite’ to be handed out to Flex for the 2021 season, but until publishing this article, no official announcement was made from the Olympia Weekend organizers.

With no official news of Flex Lewis competing at the 2021 Mr. Olympia, rumors started to spread like wildfire

In a shock revelation, bodybuilding legend Flex Wheeler revealed what he believed was the reason why Flex Lewis decided to withdraw from the 2021 Mr. Olympia.

Wheeler confidently revealed that Flex Lewis pulled out of the 2021 Mr. Olympia because his trainer/coach Neil Hill could not be with him.

With Digital Muscle being the official news hub for the Olympia Weekend, bodybuilding fans and some media believed that this was the reason.

It seems, Flex Wheeler and crew made a vital mistake, and their story about Flex Lewis was labeled as ‘Fake News’. This is something that nobody expected from the team made up of Bob Cicherillo, Flex Wheeler and Shawn Ray.

With Digital Muscle being owned by Olympia LLC, it would be expected that they contact Flex Lewis and get the news directly from him, but as it looks, this allegedly did not happen.

Flex Wheeler immediately crushed these rumors and published a video explaining the real reason why he pulled out from the 2021 Mr. Olympia.

2021 turned out to be a very important and busy year for Flex Lewis and family.

Flex and  falily made the big move from Florida to Las Vegas, moving his very successful Dragon’s Lair Gym at the same time.

With family and business settled, it was believed that Flex can now focus on the 2021 Mr. Olympia. He is healthy, well rested and can easily focus for this big event.

In his video, Flex mentioned the false rumors being spread about him, and he was very upset.

“All these small little things have factored in including, which I’ve heard is the main topic of conversation as to why I’m not competing this year and why I had to pull out of the Olympia this year, is my coach of 20 years, Neil Hill is not going to be there, which couldn’t be further from the truth,” Lewis said.

“I’ve competed three quarters of my life with Neil being in the UK and he’d come in two weeks before the show. So that rumor right there has to be f—king canceled, and it has nothing to do with why I’m not stepping on the Olympia stage this year. The fact that people are thinking and attaching that to me, f—king pisses me off, and when I heard that I was very disappointed with who started that. It’s been addressed, but the bottom line is that is not the reason.

“The main reason, which I didn’t really want to get into, is myself and my wife are trying for another kid,” Lewis continued. “Bodybuilding’s always been part of my whole being, and as I’m getting older my family now has replaced what was first in line, which was bodybuilding. Now family is first, and that is everything that I do, and the reason why I provide.

“I wanted my family to grow, and my wife and myself have been working for the last couple of months on trying to add to that part of the family. Not that it’s anybody’s business, but now I feel the need to tell everybody because there’s false information that’s been put out there,” Flex Lewis explained.

In his video Flex did not mention Digital Muscle, but his comments were surely directed to them. Knowing the official Olympia Weekend news channel was the source of these rumors, made him very upset.

The majority of top pro bodybuilders have trainers/coaches and they stay in contact via throughout the year via Zoom, What’s App or whatever else they are comfortable with.

It is known that the athletes coach usually travels to work with them approximately two weeks before a major contest, and Flex has been working with Neil Hill the same way for the past 20 years.

Such news coming out of the Olympia Weekend’s official news hub and immediately being shot down by Flex Lewis is very shocking.

Putting all rumors to rest, Lewis revealed that the reason for his withdrawal from the 2021 Mr. Olympia is due to personal reason.

Flex and his wife, Ali, would like to have another child. Flex did not want to reveal such personal details, but the false rumors forced him in doing so.

Flex said “The main reason, which I didn’t really want to get into, is that myself and my wife are trying for another kid. Bodybuilding has always been a part of my core being. As I’m getting older, my family has replaced what was once first in line, and that was bodybuilding.”

In regards to his future plans, Flex is not retiring and he is hoping to compete at the Mr. Olympia in 2022. If Flex does not receive a ‘Special Invite’ he will have to qualify to compete in the Bodybuilding Open division.

“I appreciate everybody’s support. I’m not retiring. There’s still so much burning desire and ambition for me to fulfill my bodybuilding dreams, and, God willing, injury-free, I will be on that bodybuilding stage next year,” Lewis explained.

Flex ended his video with some harsh words to the people or media that spread the false rumors.

The announcement begins at the 4:10 mark in the video below: 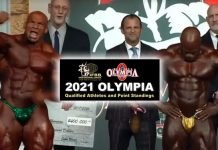