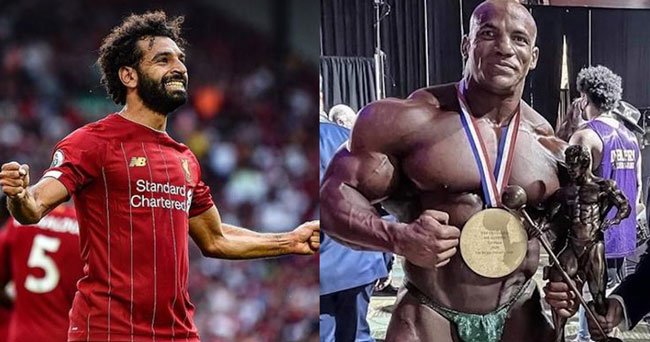 The news of Big Ramy winning the 2020 Mr. Olympia has been the biggest story in a number of countries.

Receiving fantastic news coverage from a number of the top Egyptian media companies, Big Ramy has become a household name.

Gone are the days when Big Ramy could walk around peacefully in his home country. The gentle giant is now chased by fans from all ages.

His fantastic accomplishment was also noticed by one of football’s (soccer) most popular stars.

With this kind of exposure, the sport of bodybuilding will reach new heights, especially from every country out of the USA.

The American press could learn a few things from the exposure that Big Ramy is getting from other countries.

The coverage and exposure that Big Ramy is getting from the Egyptian press and neighboring countries is new to the bodybuilding world.

Bodybuilding is a sport that is still not respected by the popular press in the USA.

Putting aside the bodybuilding media, the majority of popular news media do not cover bodybuilding unless something negative happens.

Unfortunately, bodybuilding only gets coverage when it has something to do with the effects of steroids or other negative aspects related to the sport.

Experiencing the exposure that Big Ramy is receiving is just fantastic and this will create new opportunities for the sport of bodybuilding.

The press needs to have journalists that understand the sport of bodybuilding.

It is about time the general press expands their coverage to bodybuilding, other than just covering football, hockey, baseball, motorsports and other popular disciplines.

It is about time the Olympia Weekend is organized outside of the USA again… but that is another story.