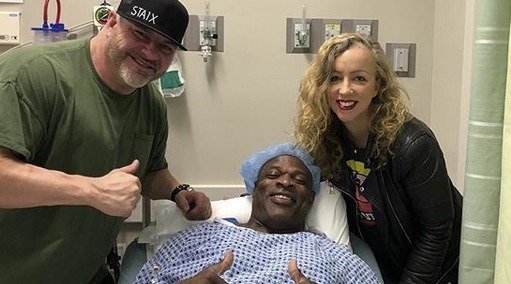 Ronnie Coleman to have surgery again after falling at home.

It seems the 8X Mr. Olympia Ronie Coleman has become the champion of surgeries in the last couple of years.

After having numerous surgeries to correct a major back problem, Coleman has ended up back in the hospital two months after he fell at home.

Coleman’s previous operations have finally left him pain free, but still Ronnie has some difficulty to walk.

The news about Coleman’s recent injury after falling was announced by himself on his official Instagram page.

Coleman herniated a disc in his neck due to his fall. He will have to do a 3-4 fusion to his cervical spine.

Below is the full message by Ronnie Coleman:

Hey guys this is not a repost, I’m in the hospital again getting ready for another surgery. About 2 months ago I had a hard fall at home which herniated a disc in my neck. So today I’m doing a level 3-4 fusion of my cervical spine. Dr says this disc is pressing really hard against my spinal cord so surgery is definitely required. Oh by the way I did get a second opinion within days apart from 2 different spine surgeons and they both told me the same thing. I needed surgery in the next few days. So here we go again, say a prayer for yo boy. #yeahbuddy #lightweightbaby #itstillaintnothingbutapeanut #musclepower – Ronnie Coleman

We wish Ronnie a speedy recovery and hopefully this will be his last time in the hospital!! 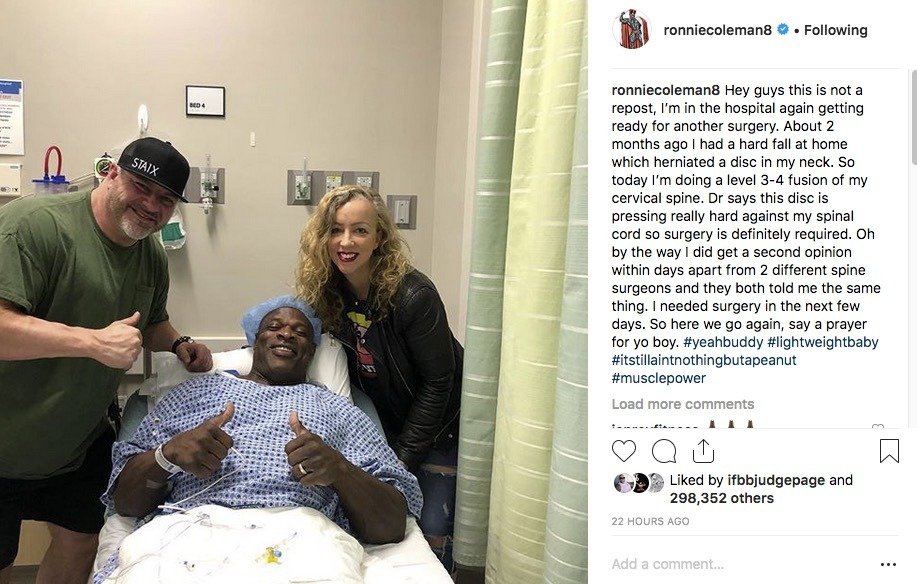