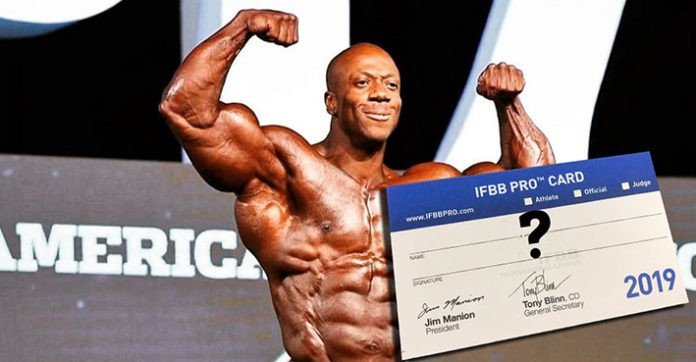 Finally, the truth behind why Shawn Rhoden cannot compete!

If you have not heard about the Shawn Rhoden saga, you surely have been living under a rock.

To give our readers a quick update, Shawn Rhoden was denied the chance to defend his Mr. Olympia title at the 2019 Mr. Olympia due to rape allegations.

AMI’s David Pecker made the hard decision to exclude Shawn Rhoden from the 2019 Olympia Weekend and its related publications.

The minute this decision was officially made public, AMI was slammed and a majority of the industry talked about their decision.

Many asked how can Rhoden be kicked out if he is innocent until proven guilty?

It was believed that the President of the NPC/Pro League, Jim Manion had to accept the decision of AMI as the Olympia Weekend is a privately owned company and they can decide who can or cannot compete in their event.

During all this commotion, the majority of the bodybuilding world did not know that Shawn forgot to do one thing that was very important.

Until publishing this article, according to sources close to evolutionofbodybuilding.net, Shawn Rhoden did not pay his pro card fee.

The fee was not paid before the 2019 Olympia Weekend and up until now has not been paid.

So technically, Shawn Rhoden cannot compete with the IFBB Professional League until this fee is paid.

Shawn Rhoden is still not registered to compete for the 2020 season due to the fact he did not pay his pro card fees.

Another problem for Shawn Rhoden is that when he finally tried to pay his pro card fee, the IFBB Professional League denied his application due to the events that occurred.

With all this happening, even though Shawn Rhoden is innocent until proven guilty, he can be denied pro status with any federation until the legal troubles are behind him.

What people don’t realize is that the majority of federations will put their image before anything else and they will make sure they eliminate anything negative that can cause them problems in relation to popularity and financially.

In the past week, a poster was circulating on social media with Shawn Rhoden and Big Ramy on a poster promoting the 2020 Arnold Classic USA. 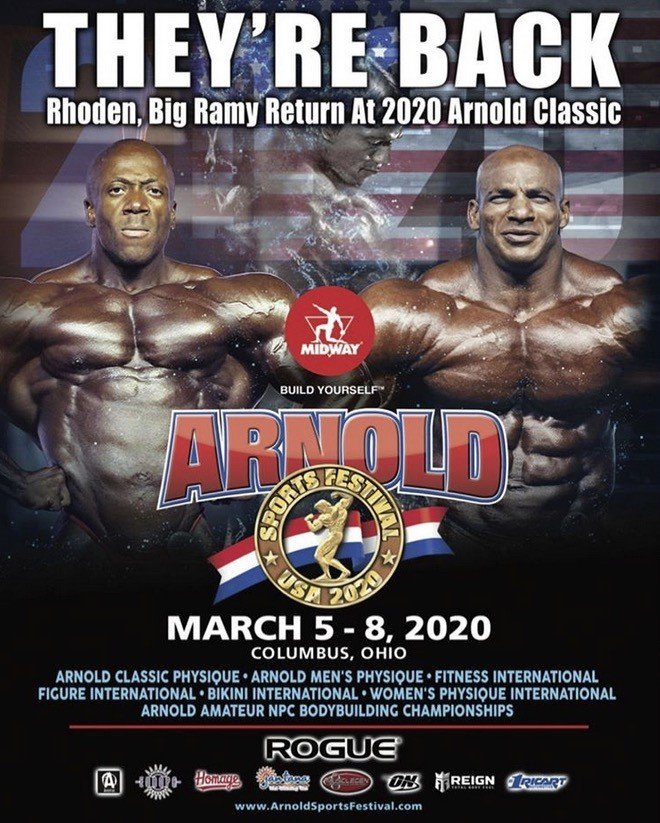 The poster gave the impression that Shawn Rhoden and Big Ramy will be competing at the 2020 Arnold Classic, Ohio.

The majority of media outlets thought this was an official announcement because the poster was displayed on the official Arnold Sports social media for a short time before it was removed.

Evolutionofbodybuilding.net published an article about the news, but at the same time made it a point to inform its readers that it is not official yet.

One of the main factors for the poster to be removed from the Arnold Sports official Instagram page is that Shawn Rhoden is still not registered to compete for the 2020 season due to the fact he did not pay his pro card fees.

One would think with all this happening, Shawn should have realized that the news of his rape charges was eventually going to be made public and he would have paid his pro card fee before all this exploded in his face.

While the Olympia and David Pecker took a lot of heat for denying Shawn the chance to compete at the 2019 Olympia, the truth is Shawn was not (and still is not) a member of the Pro League. So he could not have competed regardless.

Basically the situation is a bit sensitive for Rhoden as he likely will not be allowed to compete anywhere until all of this is behind him.