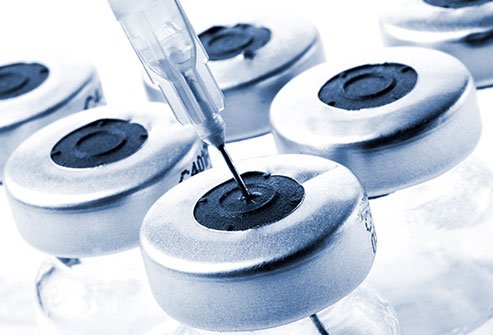 Steroid investigation leads to hundreds of arrests across Europe.

Shocking news in the fitness and sports industry in general.

According to a number of sources, a Europe-wide police operation has led to the seizure of tons of steroids, 234 arrests, and the dismantling of 17 crime groups all across Europe .

It was the largest operation of its kind ever conducted.

A massive police operation that involved Europe’s police agency (Europol), the World Anti-Doping Agency (WADA), and Italian and Greek police led to the seizure of 24 tons of steroid powder, 234 arrests, the closure of nine underground labs, and the dismantling of 17 organized crime groups, Europol said Monday.

“This is the sort of multi-party collaboration that produces real results and can make a significant impact on the availability of counterfeit and illegal drugs used by some athletes globally,” said Gunther Younger, intelligence director at WADA.

The operation stemmed from urine and blood tests carried out by WADA officials at various sports events, though the body did not specify when and where the tests were conducted.

Officials said some 1,000 individuals have since been reported for the production, use, and sale of performance-enhancing drugs, and 839 criminal cases have now been opened.

WADA was influential in uncovering the complex trafficking system used to distribute the contraband drugs.

WADA said dealers used social media platforms to advertise their products. Non-professional athletes then used rechargeable credit cards and cryptocurrencies to purchase small amounts of the illicit drugs, which were distributed through gyms and online pharmacies.

The police operation, codenamed Viribus, was coordinated by Europol, led by Italy’s Carabinieri and Greek police, and involved agents from Interpol, the Joint Research Center, and the European Anti-Fraud Office (OLAF).

Some 23 EU nations and 10 non-EU countries, including Colombia, Switzerland, and the United States, also participated in the operation that netted 3.8 million illegal medicines.

These events will send shock waves through the bodybuilding and fitness industry.

It is no secret that there is a large number of athletes abusing certain substances to get where they want to be.

IFBB President Dr. Rafael Santonja has always voiced his opinion on these problems in the bodybuilding and fitness industry and he makes it a priority that all affiliated 190 plus federations are in compliance with WADA regulations.

In recent years a number of amateur and pro athletes have been using social media to discuss steroids in general. As many are using these media channels to ‘educate’ the viewer, the majority of these athletes who are promoting or educating the use of steroids have no qualification whatsoever to discuss these matters.

The results of these videos is that the younger generation are being mislead into thinking the only way to move ahead is by taking steroids.

The other problem with these discussions on social media is a number of athletes are using these outlets to sell their own banned or illegal substances.