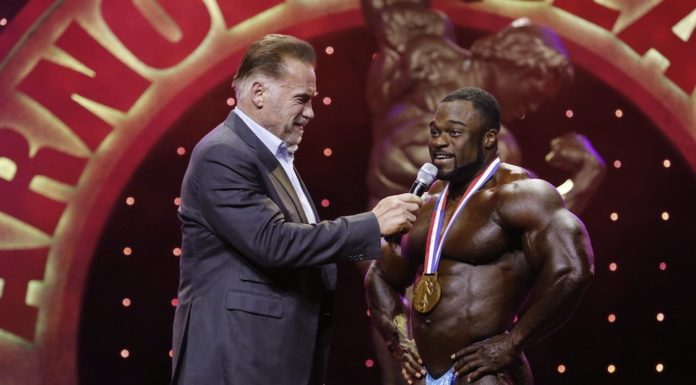 We finally arrive to part six of our special feature covering the history of the Arnold Classic.

Dennis Wolf was moving up the ladder in the bodybuilding world.  Placing third at the 2013 Mr. Olympia gave all the confidence he needed for the 2014 Arnold Classic.

Dennis would keep Shawn Rhoden behind him as he did at the 2013 Olympia to take the top prize.

Shawn Rhoden had to settle for second place, while Cedric McMillan, a fan favorite finished in third.

Victor Martinez was back to take a respectable fourth place while Evan Centopani finished in fifth. 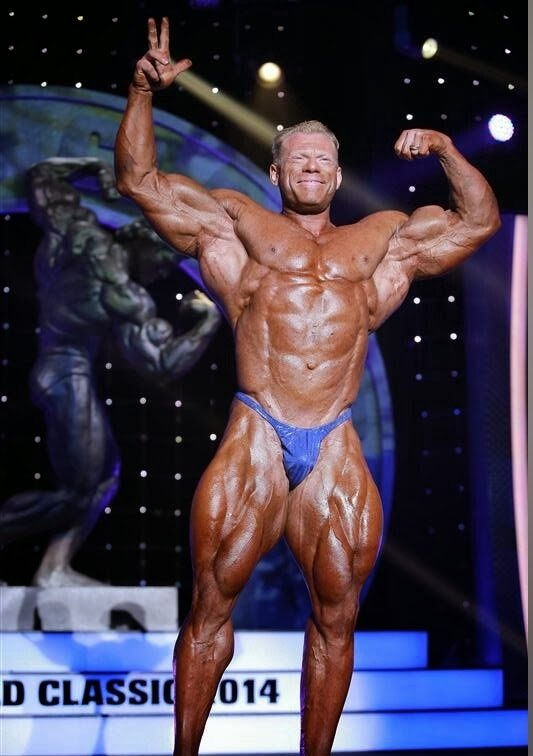 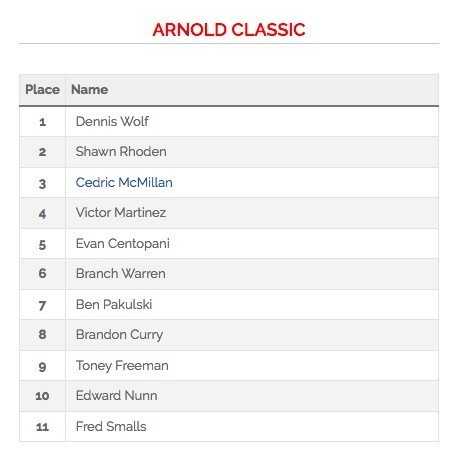 Dexter Jackson seemed to have kick started his career again and started to dominate the sport. Dexter, regardless of his age, established himself as one of the top three bodybuilders in the world.

Dexter dominated the Arnold Classic series in 2015, winning in USA, Australia and Europe.

Literally Dexter could be called one of the greatest and most successful bodybuilders to ever grace the bodybuilding stage.

Dexter edged out Branch Warren, another bodybuilder who was on a comeback. Branch improved from his sixth place finish the previous year.

Justin Compton edged out Cedric McMillan to place in third.

Cedric, was always criticized for not showing up being 100%. Many judges and competitors always believed if Cedric arrived on point, he could even go on to win the Olympia. He had to be content with fourth place.

Dexter would go on to give Phil Heath a fantastic battle in 2015 to take second place at the Mr. Olympia. 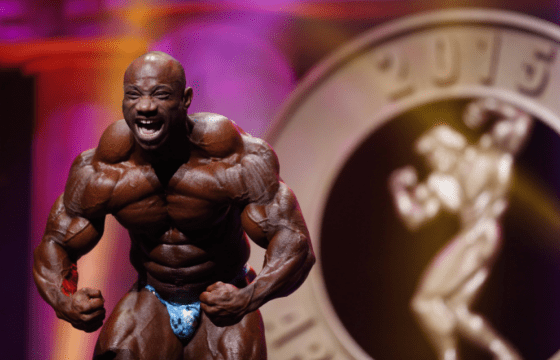 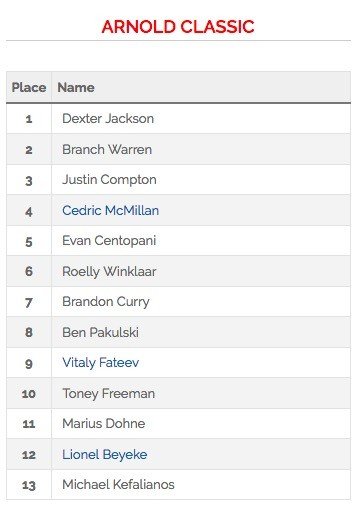 In 2016, the ‘Predator’ Kai Greene was back. After having a number of problems with the Olympia organization and not competing for a number of years, Kai Greene was welcomed back to the IFBB Pro stage to compete at the Arnold Classic.

A number of questions were raised if Kai would be at his best and topple the bodybuilders that have been consistently competing.

The result of the 2016 was slightly controversial having Cedric in the lead, but points were awarded to posing with the insistence of Arnold Schwarzenegger and Kai Greene edged Cedric to take the title. Nobody on that day could match Kai Greene’s perfectly choreographed posing routine.

With Cedric finished in second, everybody’s favorite Australian Josh Lenartowicz took third spot. Justin Compton had to be content with fourth while Branch Warren fell a number of places from the previous year to fifth. 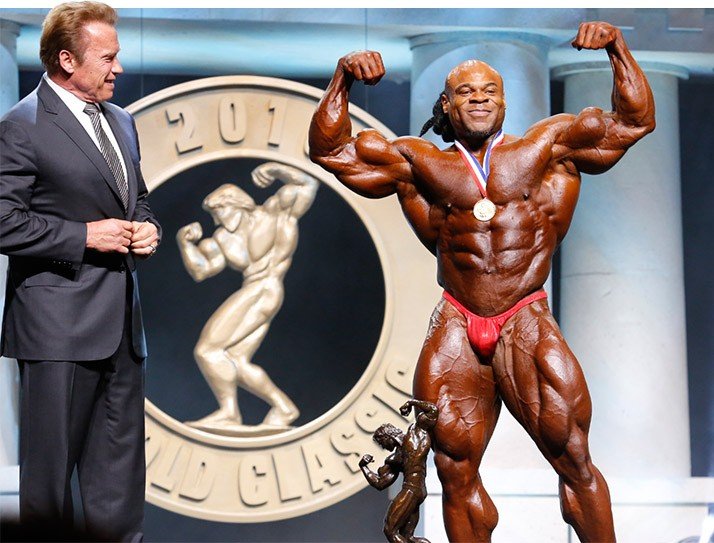 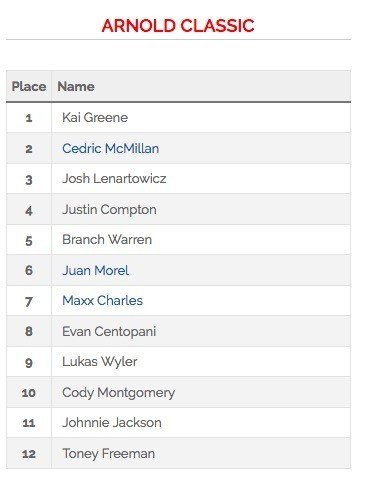 Arnold on a number of occasions has talked about Cedric McMillan as being one of the most aesthetic bodybuilders in the modern era. Combining size and graceful lines that are easy on the eye.

Cedric edged out Dallas McCarver (RIP) to take the top prize. Dallas came into the show aiming for a victory, but unfortunately it would not be his to take.

Maxx Charles showed some great potential to finish in thirds while another mass monster, Lionel Beyeke finished in fourth. 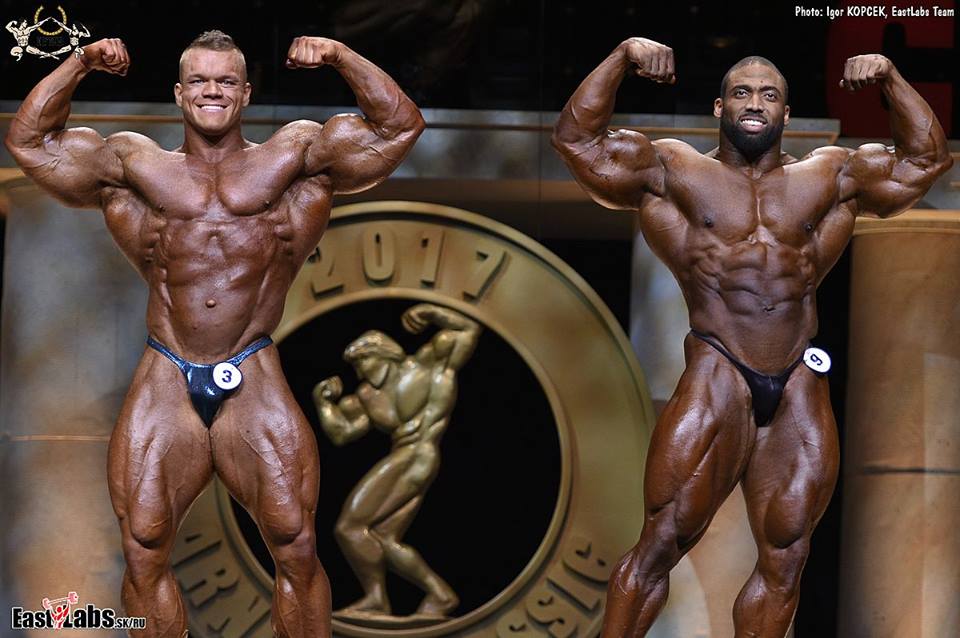 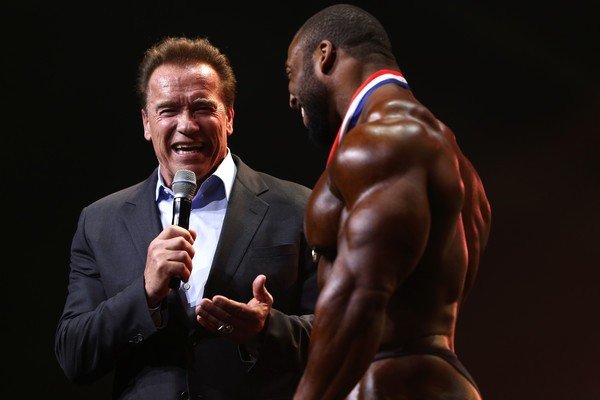 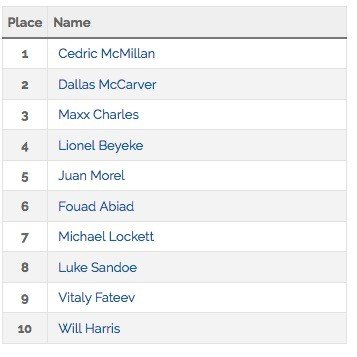 The 30th Anniversary of the Arnold Classic was fantastic. The modern day ‘Giant Killer’, William Bonac was the man to take the top prize home.

His perfectly conditioned physique edged him past veterans such as Dexter Jackson, Roelly Winklaar and Steve Kuclo.

The 2017 winner Cedric McMillan was going into the show as the favorite to win his second Arnold Classic, but he managed to place third behind Dexter Jackson.

2014 Arnold Classic winner Dennis Wolf used this show to make a comeback after having to take care of an injury. Dennis eventually finished in 12th place.

At the 2019 edition, William Bonac will be focused on defending his title. 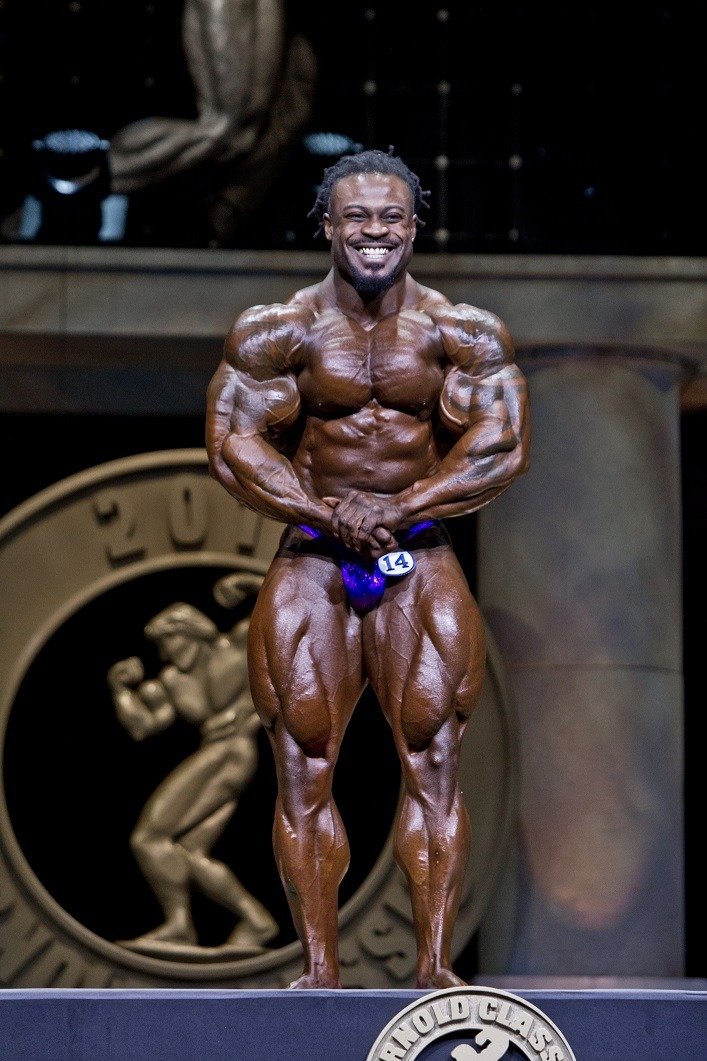 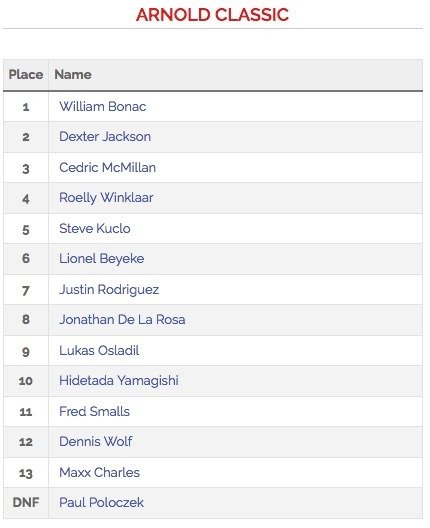 2019 turned out to be a fantastic year for Brandon Curry. Not only did he dominate the 2019 Arnold Classic, but he went on to win the prestigious Mr. Olympia title.

Going into the 2019 Arnold Classic, the defending champion William Bonac was a favorite to defend his title.

Other big names such as Cedric McMillan, Roelly Winklaar and even Luke Sandow all could walk away as winners.

But it would be Brandon taking home the top prize.

Brandon is probably the most improved bodybuilder in the last couple of years. Brandon moved to Kuwait, away from his family to concentrate 100% on bodybuilding and building a winning physique. 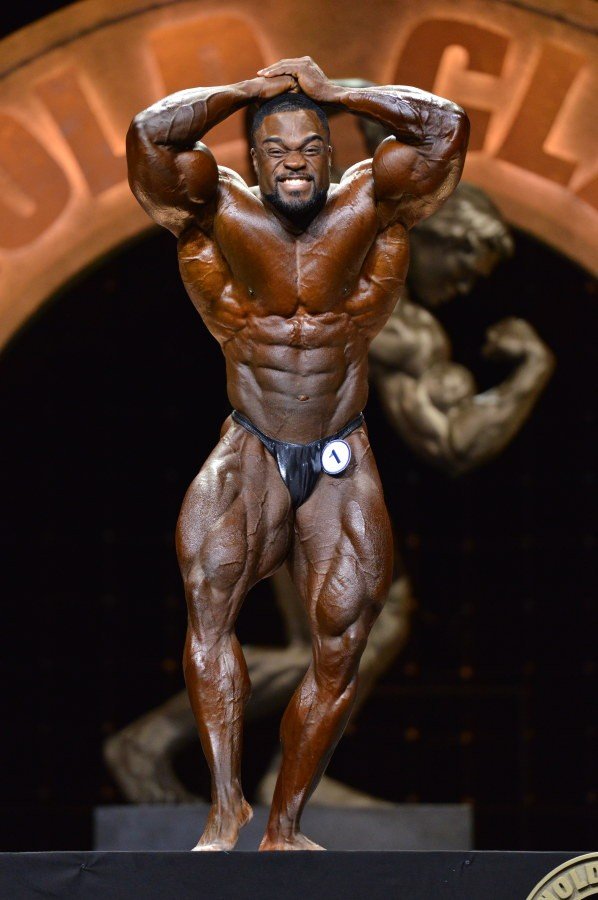 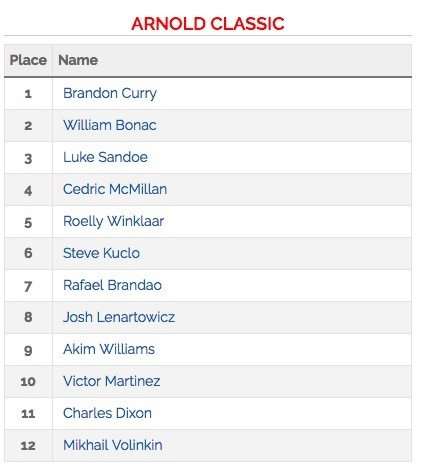