BIGGER review – The film that reveals the Weider’s passion for the IFBB.

Since the moment the film Bigger was announced at the 2017 Olympia by Bob Cicherillo, the buzz about this film has been ongoing.

Eric Weider, the son of Ben Weider was the man behind the scenes during the production of this film.

Dan Solomon and ‘The Voice of Bodybuilding’, Bob Cicherillo also worked on this film. The two having small parts and most definitely helped with the history side of the film.

The production of the film was fantastic. The detail of the sets going all the way back to the childhood of Joe an Ben Weider up to the death of Ben.

The reproduction of the 1970 was fantastic, obviously that is where Dan Solomon and Bob Cicherillo make their appearances. And they make a point to make sure Bob’s famous voice is heard.

Immediately from the beginning of the film, the viewer starts to sympathize for Joe and Ben Weider. According to the film, their mother did not want to have boys as children. Their upbringing was very rough on the streets of Montreal and at home.

Joe Weider started pushing for his dream to become reality with his brother Ben supporting him all the way.

As the film goes on, the viewer will notice the difference between Joe and Ben.

Joe was more focused on the physical side of the sport, plus his drive to be the number one publisher in the world when it comes to bodybuilding and fitness magazines.

The film also revealed the real Ben Weider. The directors could have revealed more of Ben’s drive to make the sport one of the biggest sport federations in the world. Ben traveled all over the world when traveling was not easy.

Also, at least, a small excerpt in the film revealed the moment Ben Weider started his campaign to get bodybuilding in the Olympics.

As well it was nice to hear his brother Joe in the film mention his brothers passion for Napolian.

The emphasis in the film is the IFBB taking over as the biggest federation in the world. Replacing the AAU when it comes to bodybuilding and fitness.

Much more could have been done in this film to make it more factual.

Let’s start with Frank Zane played by pro bodybuilder Arash Rahbar. They made him look like he was scared of Arnold Schwarzenegger. After seeing interviews and watching Frank Zane compete, this is surely not the real character of Frank Zane.

No reference was made to Franco Columbu other than a photo.

Kevin Durand plays the part of Bob Hoffman (in the film named Bill Hauk), the man that headed IFBB’s rival federation the AAU. Bob’s character was portrayed as a tough guy who was very racist. It is on record that the Weider brothers clashed with him on many occasions.

Nobody can prove this other than Arnold Schwarzenegger himself, but he was made to look like a real meathead.

It is true Arnold at the beginning did not know the English language very well, but we don’t believe he was portrayed in the right way.

Sergio Olivia Jr played his father Sergio. Not once in the film was there a reference to Sergio winning three Olympia titles before Arnold Schwarzenegger won his first title in 1970.

Sergio was also made to look like a quiet athlete with no brains. In the film he was portrayed to lose against the younger Arnold Schwarzenegger at the 1970 Mr. Olympia. There was no dialogue from Sergio.

Many other historians could have helped in the making of this film. Historians such as Hall of Famer Shawn Ray, and John Hansen could have been asked to contribute.

The biggest scandal as well is not involving the current IFBB President Rafael Santonja. Rafael worked side by side with the Weider brothers and especially Ben for the best part of their careers. Rafael probably knows more than anybody else on how hard these two brothers worked to make the IFBB what it is today.

It is true, time is restricted, but a little more could have been done to reveal to the world the real story of the Weiders,

As many will find it boring, we found the beginning of the film enjoyable. It showed what the Weider brothers had to go through to be successful. This all is also documented in the documentary The Weider Brothers – Men of Iron. (Watch it HERE).

The film is a not a time waster, it is a enjoyable film showing that hard work pays off and as well to never give up no matter how hard it gets. But regarding the true facts, we have our doubts.

One must remember as well, Joe Weider would be nothing without his brother Ben.

As many predicted it would be as popular as Pumping Iron, they were mistaken. The film Pumping Iron will remain the best bodybuilding docudrama ever produced.

One last note about the film, it is probably the last time we will ever see fitness star Calum von Moger in the best shape of his life. After the filming ended, Calum suffered a major bicep tear and a very serious leg injury while mountain climbing.

Many can learn from this film, especially the people that worked in it. The people we are talking about are the same people that have some of the highest positions in the bodybuilding industry.

The film portrays the real IFBB and what these two brothers and especially Ben went through to make this federation popular all over the world.

The film is mainly about Joe Weider, but we all know Ben was working very hard behind the scenes, building the foundations that made the IFBB and bodybuilding what it is today.

Many of the people promoting this film are actually today, trying to destroy and ridicule everything that Ben Weider dedicated his life to.

It is great Ben’s son Eric Weider made sure his father was documented in the film showing his drive to make the IFBB the number one federation in the world.

We cannot understand how Eric Weider can just step aside and let the same people he works within the industry talk negatively about his fathers dream and passion. Especially when his Olympic dream is mentioned.

As we all know, Eric Weider gave permission to the NPC/Pro League to use his fathers name in competitions, while at the same time the promoters of these competitions are trying to destroy the same IFBB that was created by Ben Weider and now headed by Rafael Santonja.

In the closing credits, thhy failed to mention that Ben Weider, before he died expanded the federation to 178 countries. Today it has expanded to over 190.

As well most probably on purpose, they failed to mention that Ben Weider recommended Dr. Rafael Santonja to take over as President of the IFBB.

Evolutionofbodybuilding.net will continue to promote all federations but will not forget what the real IFBB is and what it stands for, regardless of the criticism towards this same site.

In this instance, the saying ‘Practice what you preach’ needs to be explained to certain people. 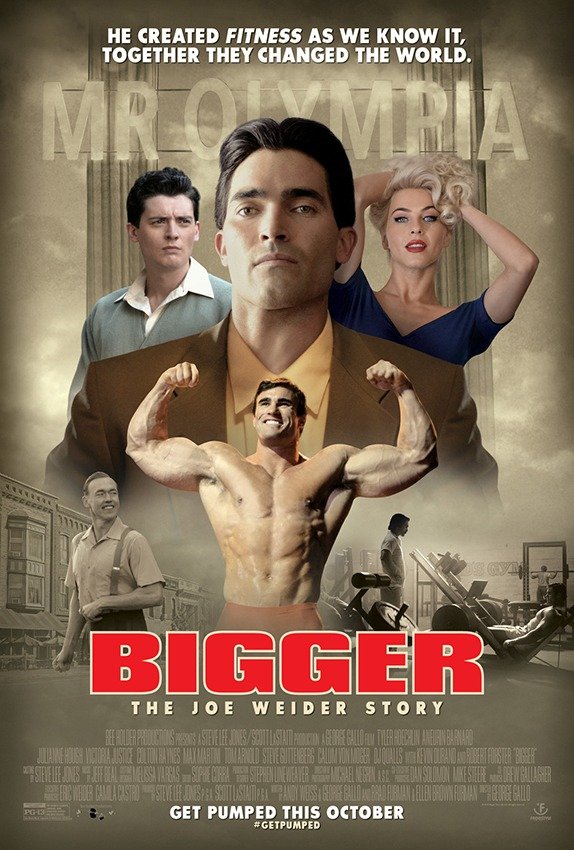