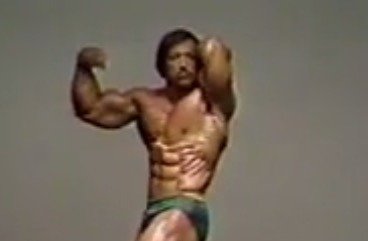 WATCH: Rare footage of legend Casey Viator – 25 July 1978.
Finding rare footage of some of the greatest bodybuilders to ever grace the bodybuilding stage has become a big challenge.
So much footage is available to view on social media and it has become very difficult to find something new.
Thanks to a post by Roger Shelley on his Facebook page, this new very rare footage of Casey Viator posing has been made public.
The video shows Casey going through every pose. It shows what a fantastic bodybuilder he was.

Rare footage of Casey Viator – 25 July 1978 from Evolution of Bodybuilding on Vimeo.

Regan Grimes blasts arms the Zane way. Nothing is better than watching a brutal workout raw and uncut. Zane Watson does not cut corners as he...
Read more

Olympia Weekend meets Nascar - Advertising campaign to reach millions. Since 2018, Dan Solomon took over the reigns of the Olympia Weekend and he has...
Read more