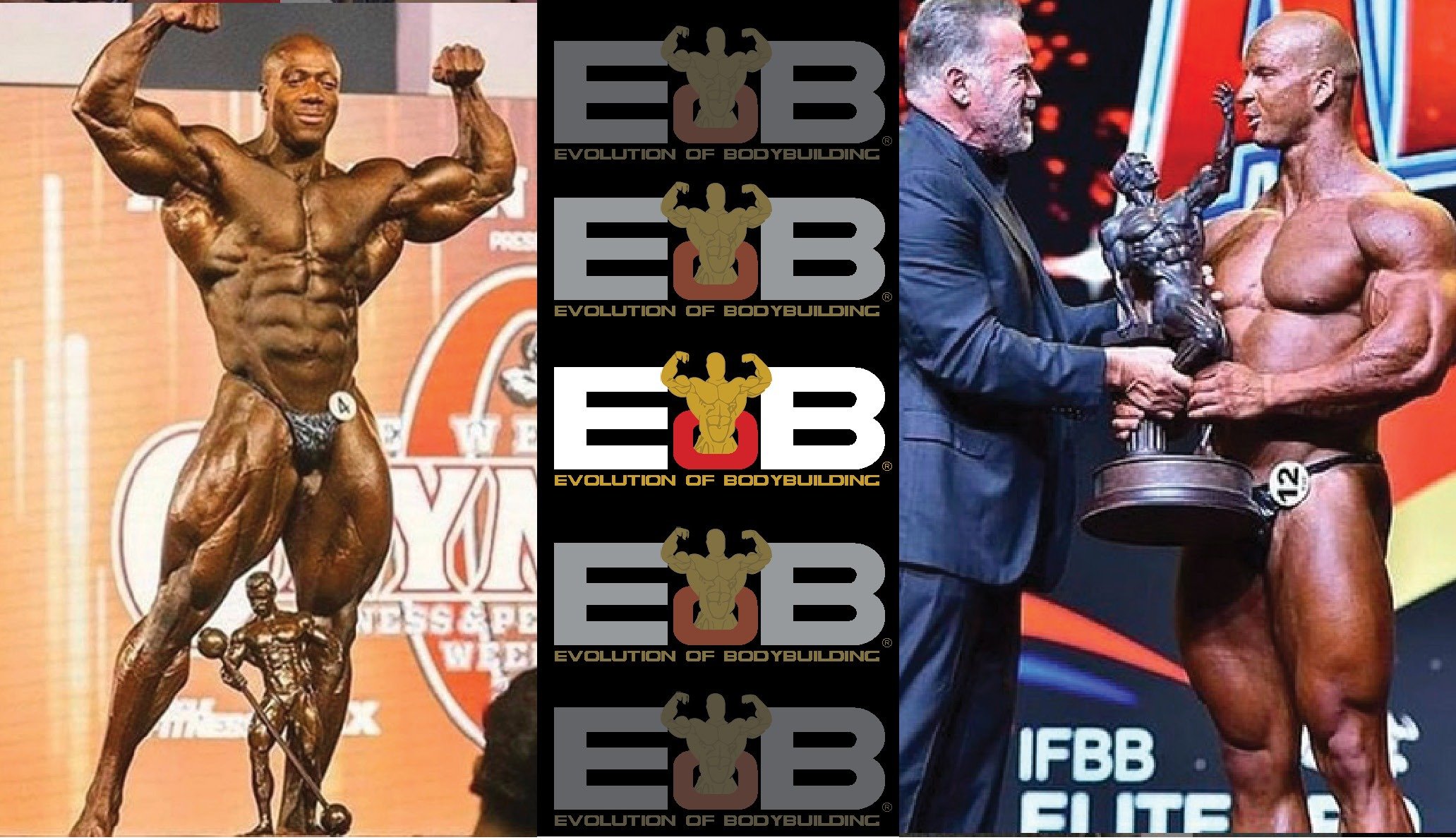 2018 Review: A year that changed the sport of bodybuilding and fitness.

The beginning of the 2018 bodybuilding and fitness competition season was a very sensitive one.

As we all know by now, there was a major split between the IFBB/IFBB Elite Pro (Dr. Rafael Santonja) and the NPC/Pro League (Jim Manion) at the end of the 2017 season.

The beginning of the 2018 bodybuilding season had both federations planning a year full of contests and pro qualifiers.

The NPC/Pro League continued as usual in the USA and as well had a number of Pro shows in Europe with all winning athletes qualifying for the Olympia Weekend.

On the other side of the fence, the IFBB continued to have hundreds of contests all over the world. Amateur athletes were awarded points that went towards the IFBB World Rankings, which concluded at the end of the contest season with cash prizes and IFBB Elite Pro cards awarded to the top athletes.

As well, the IFBB launched their own professional league. The new pro federation is called the IFBB Elite Pro League. Each weekend, competitions were hosted by any of the 19o plus national federations. The top winners were awarded IFBB Elite Pro cards. Some athletes accepted to go up a level while others preferred to remain amateurs and continue to grow in the sport.

Going back to the Olympia Weekend run by the NPC/Pro League, Shawn Rhoden shocked the bodybuilding world when he stopped Phil Heath from winning his eighth straight Olympia title.

A ‘People’s Choice’ award was also included at the Olympia Weekend with Roelly Winklaar walking away with that prize.

The contest had a bit of controversy as Phil Heath believed he was not respected and not enough was done to promote the show with little focus on him with the chance of winning eight Olympia titles as Ronnie Coleman and Lee Haney.

In the lead up to the 2018 Olympia Weekend, it was known that Phil Heath cut ties with Flex Magazine, meaning he could talk to any media outlet without restrictions.

At the Arnold Classic USA, William Bonac took the top prize, defeating athletes that are much bigger than him. The modern day ‘giant killer’ was just unbeatable.

In Australia, Roelly Winklaar was the man to lift the Arnold Classic top prize. Roelly made sure his mid-section was under control and that was all he needed to take home the top prize.

In Europe, under the IFBB and IFBB Elite Pro League, Michal Križo Križánek  was the winner of the 2018 Arnold Classic Europe. His size and definition was the ticket to him winning the top prize.

As we got deeper into the 2018 season, evolutionofbodybuilding.net noticed a full blown attack against the IFBB and its athletes by a number of prominent people from the NPC/Pro League.

As we investigated these allegations, evolutionofbodybuilding.net went on to publish a number of stories exposing a number of incidents related to the NPC/Pro League. Obviously this did not go down well with a number of people.

The season turned into a ‘us or them’ situation. The NPC/Pro League went on a campaign with the slogan ‘You win and your in’ while the IFBB and the IFBB Elite Pro League kept quiet and continued to organize contests with a record number of competitors.

Did evolutionofbodybuilding.net choose sides? Not only did we not choose sides, but we opened up our doors to any federation. We offered the platform for any federation to promote their shows and publish their results on the website and our very popular social media.

Did evolutionofbodybuilding.net expose the NPC/Pro League? We did our job and published the stories that our readers asked questions about.

Other websites, especially in the USA, just report about the NPC/Pro League, fearing they will lose sponsorships and as well not getting press passes to major competitions. These websites are not ‘news’ websites in reality, just sites that have no opinion. If they do have an opinion that does not go down well with people high up the ladder, they will be disciplined.

Evolutionofbodybuilding.net was labeled on many occasions as ‘Fake News’. But as usual, when we praised a federation, nothing was said, but when we criticized them, we were labeled ‘Fake News’.

While new athletes made names for themselves through a number of federations. A topic that many people talked about was the subject of the number of NPC/Pro League cards that were awarded in 2018.

Over 1000 NPC/Pro Cards were awarded throughout the 2018 season. The big question was, where are these athletes?

Veteran athletes were making it known that in their time, an athlete had to climb their way up to winning the once coveted NPC/Pro League card.

Many vented their frustration that too many cards are being handed out. Nobody reported this. When evolutionofbodybuilding.net published a story on this, we were looked at negatively.

All our 2018 stories can be viewed below, month by month:

A new trend in 2018 was also taking place. A number of promoters, mainly English speaking, started to organize a number of shows in countries such as the UK, Canada and Australia.

Promoters such as 2BrosPro headed by Bob Cicherillo progressed in the UK. Tony Doherty who worked close to the IFBB in the past decided to completely side with the NPC/Pro League and expand in Australia.

The PCA gained ground, especially in the UK and the USA.

The task was not so easy for other organizers that promoted NPC/Pro League qualifiers in other parts of the world. Evolutionofbodybuilding.net was informed by low turnouts of athletes and spectators. This was surely a financial burden as judges were flown over from the USA for a majority of contests.

Hopefully in 2019, it will be a more stable year. The IFBB will continue with their Diamond Cup series of contests all over the world. The prestigious IFBB European and World Amateur Championships will also be contests to look forward to along with the hundreds of other shows.

The NPC/Pro League looks to continue to try to expand, especially in Europe. Will it be successful? This we will have to see at the end of the 2019 competition season.

Another big story near the end of the 2018 season is what is happened behind the scenes. The future of the Olympia Weekend as we know it, is at risk.

David Pecker, the owner of AMI and the Olympia Weekend has been in the news all over the world. Financial difficulties and political controversy has put a black cloud over the Olympia.

Also, related to the Olympia, long time employee and promoter of the Olympia Weekend, Robin Chang looks to have been replaced by Dan Solomon.

In  the press release by AMI, it is stated that Robin Chang will be working with the Olympia staff for the 2019 Olympia Weekend, but no indication of what he will be doing after that.

While Dan Solomon took over the reins at AMI, Robin Chang has moved closer to Jim Manion with the promotion of the NPC/Pro League internationally.

Finally one of our most controversial stories was why the 2019 Arnold Classic USA removed the 212 division.

Evolutionofbodybuilding.net believes one of the major reasons is because of the 2018 winner, Kamal Elgargni.

His comments about IFBB President Dr. Rafael Santonja in the lead up to the show and after the show must of not went down well with Arnold Schwarzenegger.

Even during the award presentation from Arnold Schwarzenegger, Kamal continued on attacking the IFBB and Santonja.

Kamal did not take into consideration that Schwarzenegger is a very close family friend with Dr Rafael Santonja and as well he is very close to the IFBB.

Kamal did not take any of this into consideration and it could be that Arnold did not want him invited to the show to defend his title in 2019. Without the 2018 champion there to defend his title, it would of looked a bit strange, so they removed the division completely.

As it looks, 2019 is shaping up to be a fantastic year for all federations. Athletes have numerous options of where they would like to compete. Whatever decision they make, it should be respected!

Shawn Rhoden will have his hands full to defend his Olympia title. Will Big Ramy will be a challenger again? Under the guidance of Neil Hill, Ramy will surely be a threat.

In the IFBB Elite Pro ranks, we are looking forward to seeing new athletes step on the pro stage for the first time in 2019.

We would like to wish all our readers a Merry Christmas and a Happy New Year. We look forward to another exciting year in 2019 with great stories, competitions and much more.